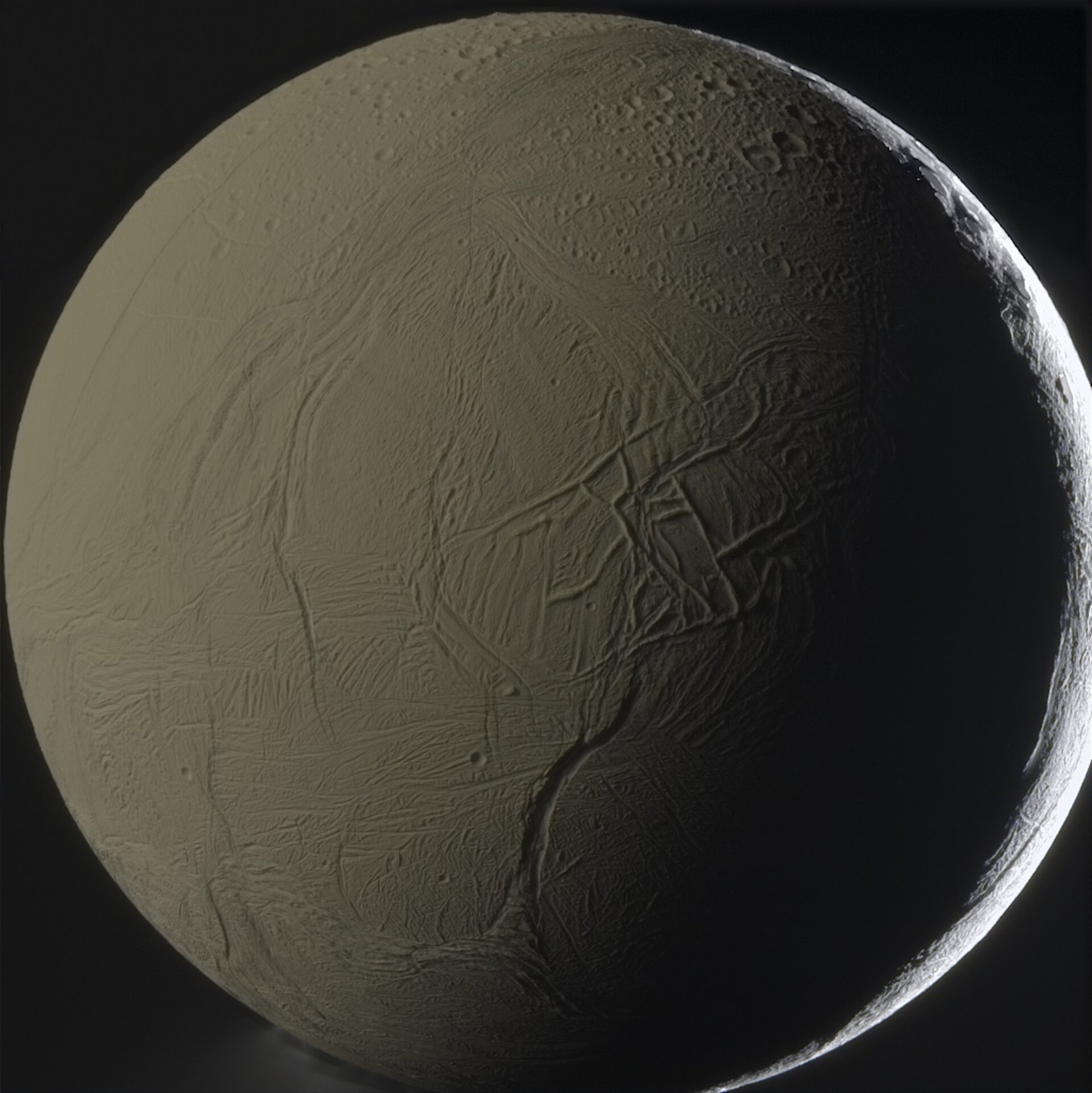 A patchwork network of frozen ridges and troughs cover the face of Enceladus, Saturn’s most enigmatic of icy moons.

This face-on colour view of Enceladus was taken by the international Cassini spacecraft on 31 January 2011, from a distance of 81 000 km, and processed by amateur astronomer Gordan Ugarković.

The cavernous scar towards the south, which may plunge to depths of a kilometre, cuts across other features, indicating its relative youth. By contrast, the cratered region to the north, which is split in two by a vast swath of grooved terrain, hints at a much older surface that has so far escaped the resurfacing experienced elsewhere.

Enceladus is a moon bursting at the seams: along the southern hemisphere, plumes of ice particles mixed with water vapour, salts and organic material jet from fissures nicknamed ‘tiger stripes’.

Some of the plumes pump their spray into space at speeds of over 2000 km/h, injecting particles into Saturn’s E-ring.

The chemistry of the plumes suggests that there may be a liquid ocean hidden beneath the moon’s surface that could provide a suitable habitat for life.

A thin crescent of Enceladus is illuminated by incident sunlight coming from the right hand side of this frame, including sunlight that has been reflected by Saturn onto the moon.

The Cassini–Huygens mission is a cooperative project of NASA, ESA and ASI, the Italian space agency. NASA’s Jet Propulsion Laboratory, a division of the California Institute of Technology in Pasadena, manages the mission for NASA’s Science Mission Directorate, Washington DC, USA.