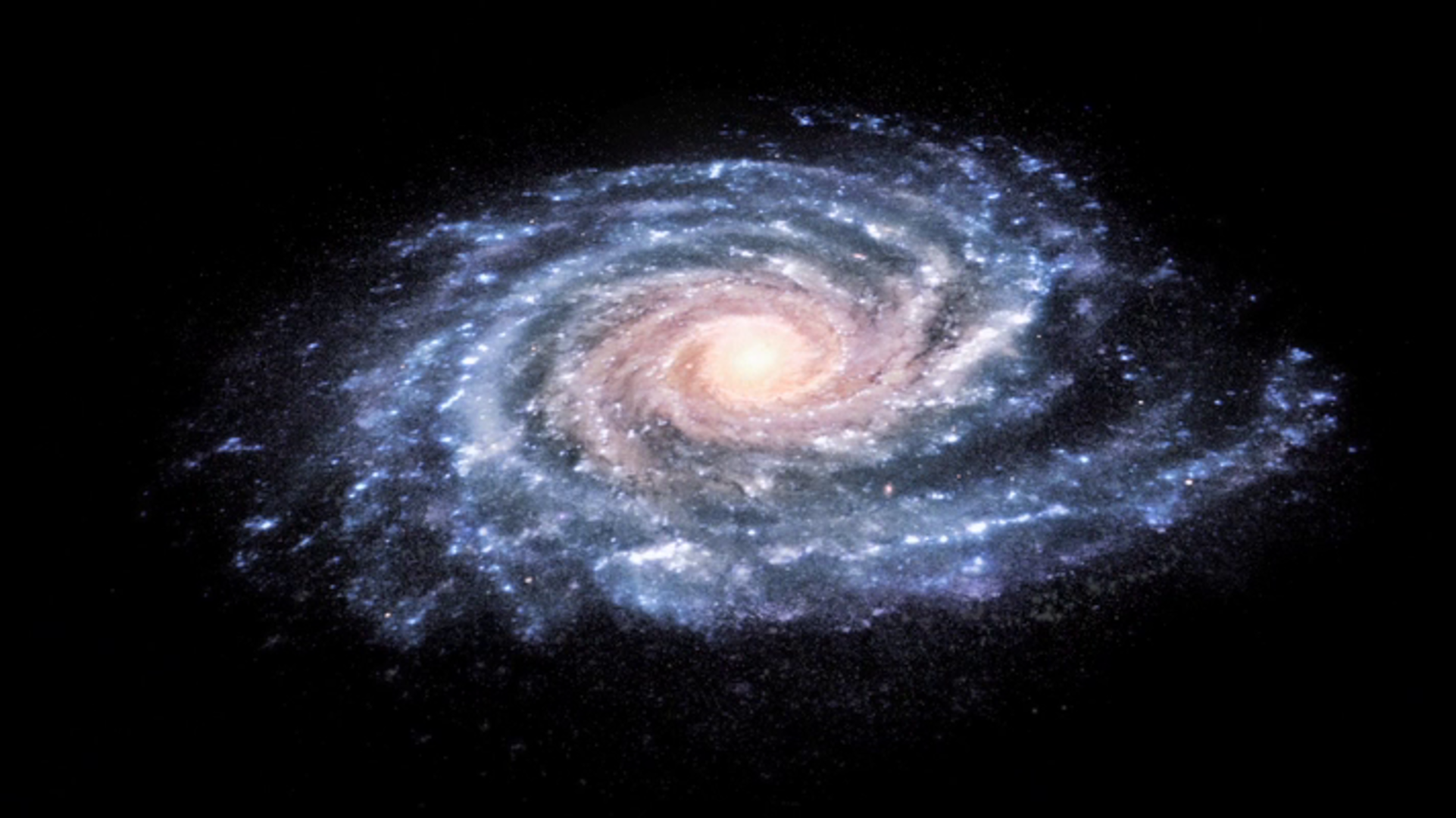 This virtual journey, from the centre of the Milky Way to its outskirts, shows the different components that make up our Galaxy, which is home to about a hundred billion stars.

With a mass of four million Suns, a supermassive black hole (known as Sagittarius A*) sits at the centre of the Galaxy, its enormous gravity governing the orbits of stars in its vicinity. Stars have been observed orbiting this black hole at distances as close as a few light-days.

Moving outwards, we fly through a multitude of stars of the Galactic Bulge. The bulge is located in the central portion of the Milky Way and hosts about ten billion stars, which are mainly old and red. The bulge has an overall elongated shape that resembles that of a peanut-shaped bar, with a half-length of about 10 000 light-years, making the Milky Way a barred spiral galaxy.

The discs and bulge are embedded in the stellar halo, a spherical structure which consists of a large number of globular clusters – the oldest population of stars in the Galaxy – as well as many isolated stars. The stellar halo extends out to a radius of about 100 000 light-years.

Astronomers believe that, like most galaxies, the Milky Way is embedded in an even larger halo of invisible dark matter. Since it does not emit any light, the presence of the dark matter halo can only be inferred indirectly by its gravitational effect on the motions of stars in the Galaxy.

Having seen our Galaxy from afar, we zoom into the disc again and change viewing direction, revealing a face-on view of the spiral arm structure of the Milky Way. The position of the Sun, located at a distance of about 26 000 light-years from the Galactic Centre – roughly half way between the centre and the outskirts of the Milky Way – is shown.

Finally, an indication is given of the size of the survey of stellar distances performed by ESA’s Hipparcos mission, which operated between 1989 and 1993. The Hipparcos catalogue, published in 1997, contains the position, proper motion and distance of more than 100 000 stars up to 300 light-years away from the Sun.

The survey performed by ESA’s Gaia mission will probe a billion stars, about 1% of the total number of stars in our Galaxy, out to 30 000 light-years away – a hundred times farther than Hipparcos.