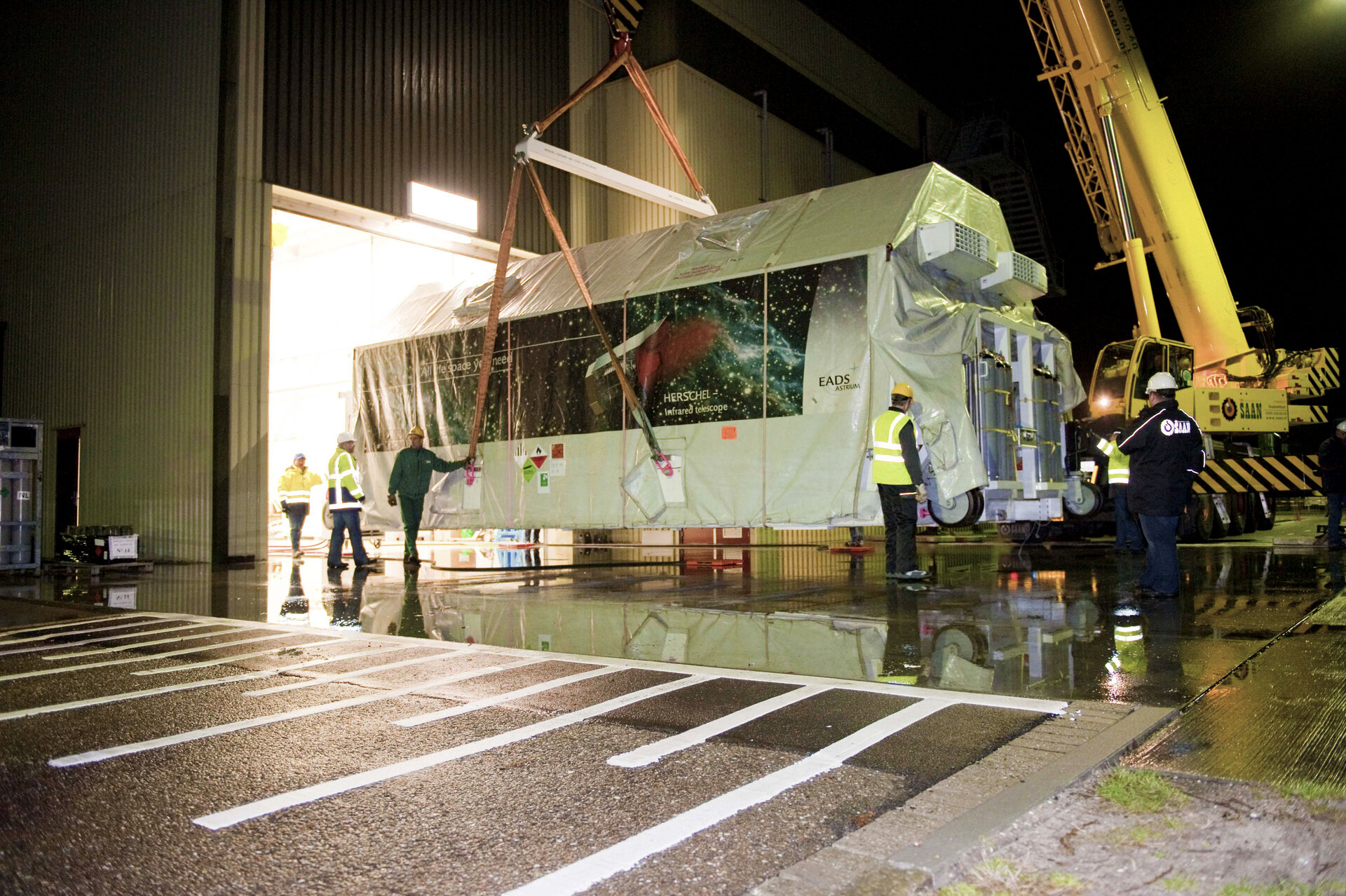 Herschel, ESA’s flagship mission to study the formation of galaxies and stars, has been flown to ESA’s launch site in Kourou, French Guiana, on 11 February 2009. The mission is scheduled for launch on 16 April 2009.

The spacecraft took off from Amsterdam Airport Schiphol, The Netherlands, on board an Antonov cargo plane on a non-stop flight that arrived at its destination during the early hours of 12 February.

Until the time of the shipment Herschel had undergone a thorough campaign of tests and validation at ESA’s European Space Research and Technology Centre (ESTEC), Noordwijk, The Netherlands.

Now the spacecraft is officially starting its launch campaign in Kourou, involving a team of about 150 engineers and scientists from industry, science institutes, ESA and Arianespace.

In the first phase of the campaign Herschel will undergo functional tests, to verify the health of the spacecraft after transportation.

The second phase of the campaign is dedicated to the delicate operation of fuelling the hydrazine tanks - needed for the spacecraft’s manoeuvres in space - and to filling the cryostat; this is the ‘heart’ of the sophisticated cooling system needed by Herschel to keep its instruments at temperatures close to absolute zero.

The third phase is the integration of the Herschel and Planck satellites – the two satellites share the launch - with the Ariane 5 ECA rocket that will launch them into space.

Planck, ESA’s mission to study the relic radiation from the Big Bang, will soon follow Herschel to Kourou, departing from Liège, Belgium, on 18 February 2009.