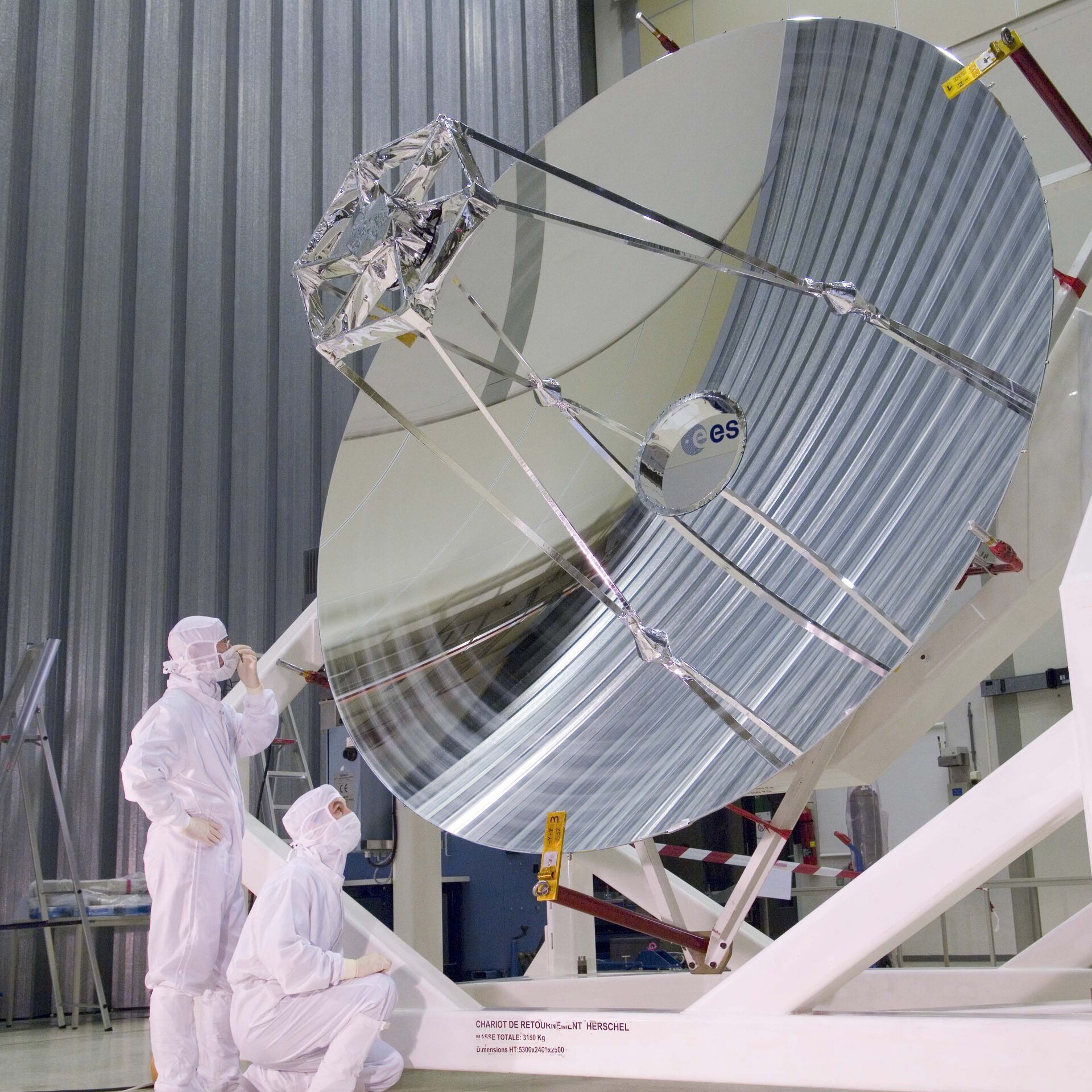 Herschel's primary mirror was the telescope's light collector. It captured the light from astronomical objects and directed it towards the smaller secondary mirror. The two mirrors worked together focusing the light and directing it to the instruments, where the light was detected and analysed, and the results recorded by the onboard computer.

The size of the primary mirror is the key to a telescope's sensitivity: the bigger it is, the more light it collects, and the fainter the objects it sees. It also determines the telescope's ability to distinguish fine details. The surface of the mirror is very important, too. It has to be precisely shaped and perfectly smooth, since the slightest roughness distorts the final image.

The mirror must be light and sturdy to withstand the extreme conditions of launch (when it will be shaken with a force several times that of Earth’s gravity), and the low temperatures of outer space; and any bump on its surface must be less than a thousandth of a millimetre high.

This technological marvel was constructed almost entirely of silicon carbide. The primary mirror was made out of 12 segments brazed together to form a monolithic mirror which was machined and polished to the required thickness (about 3 mm), shape, and surface accuracy.