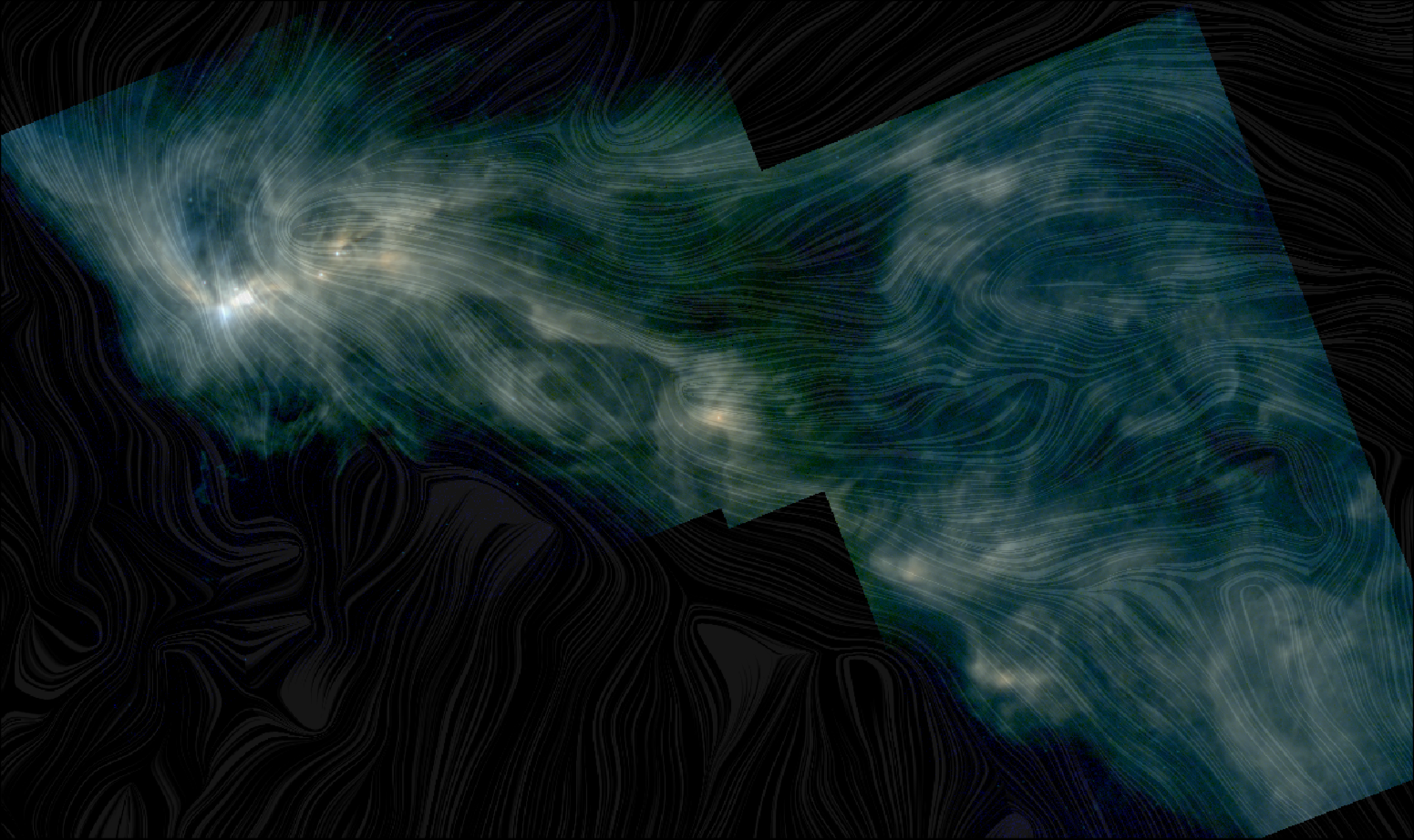 A collection of intriguing images based on data from ESA’s Herschel and Planck space telescopes show the influence of magnetic fields on the clouds of gas and dust where stars are forming.

The images are part of a study by astronomer Juan D. Soler of the Max Planck Institute for Astronomy in Heidelberg, Germany, who used data gathered during Planck’s all-sky observations and Herschel’s ‘Gould Belt Survey’. Both Herschel and Planck were instrumental in exploring the cool Universe, and shed light on the many complexities of the interstellar medium – the mix of gas and dust that fills the space between the stars in a galaxy. Both telescopes ended their operational lifetime in 2013, but new discoveries continue to be made from their treasure trove of data.

Herschel revealed in unprecedented detail the filaments of dense material in molecular clouds across our Milky Way galaxy, and their key role in the process of star formation. Filaments can fragment into clumps which eventually collapse into stars. The results from Herschel show a close link between filament structure and the presence of dense clumps.

Herschel observed the sky in far-infrared and sub-millimetre wavelengths, and the data is seen in these images as a mixture of different colours, with light emitted by interstellar dust grains mixed within the gas. The texture of faint grey bands stretching across the images like a drapery pattern, is based on Planck’s measurements of the direction of the polarised light emitted by the dust and show the orientation of the magnetic field.

The study explored several nearby molecular clouds all within 1500 light years from the Sun including Taurus, Ophiuchus, Lupus, Corona Australis, Chamaeleon-Musca, Aquila Rift, Perseus, and Orion.

In this study, published last year in Astronomy & Astrophysics, the Herschel data were used to calculate the density of the molecular clouds along our line of sight to investigate how the interstellar medium interacts with surrounding magnetic fields.

Astronomers have long thought magnetic fields play a role in star formation, along with other factors such as gas pressure, turbulence, and gravity. However, observations of the magnetic fields in and around nearby star-forming clouds have been limited until the advent of Planck.

The paper builds upon previous studies by the Planck collaboration to investigate how interstellar matter is likely coupled to these magnetic field lines, moving along them until multiple ‘conveyor belts’ of matter converge to form an area of high density. This can be seen in some images in the form of ‘striations’, which is material that appears perpendicular to the filament. These regions continue to receive matter along the magnetic lines until they collapse under their own gravity, becoming cooler and dense enough to create stellar newborns.