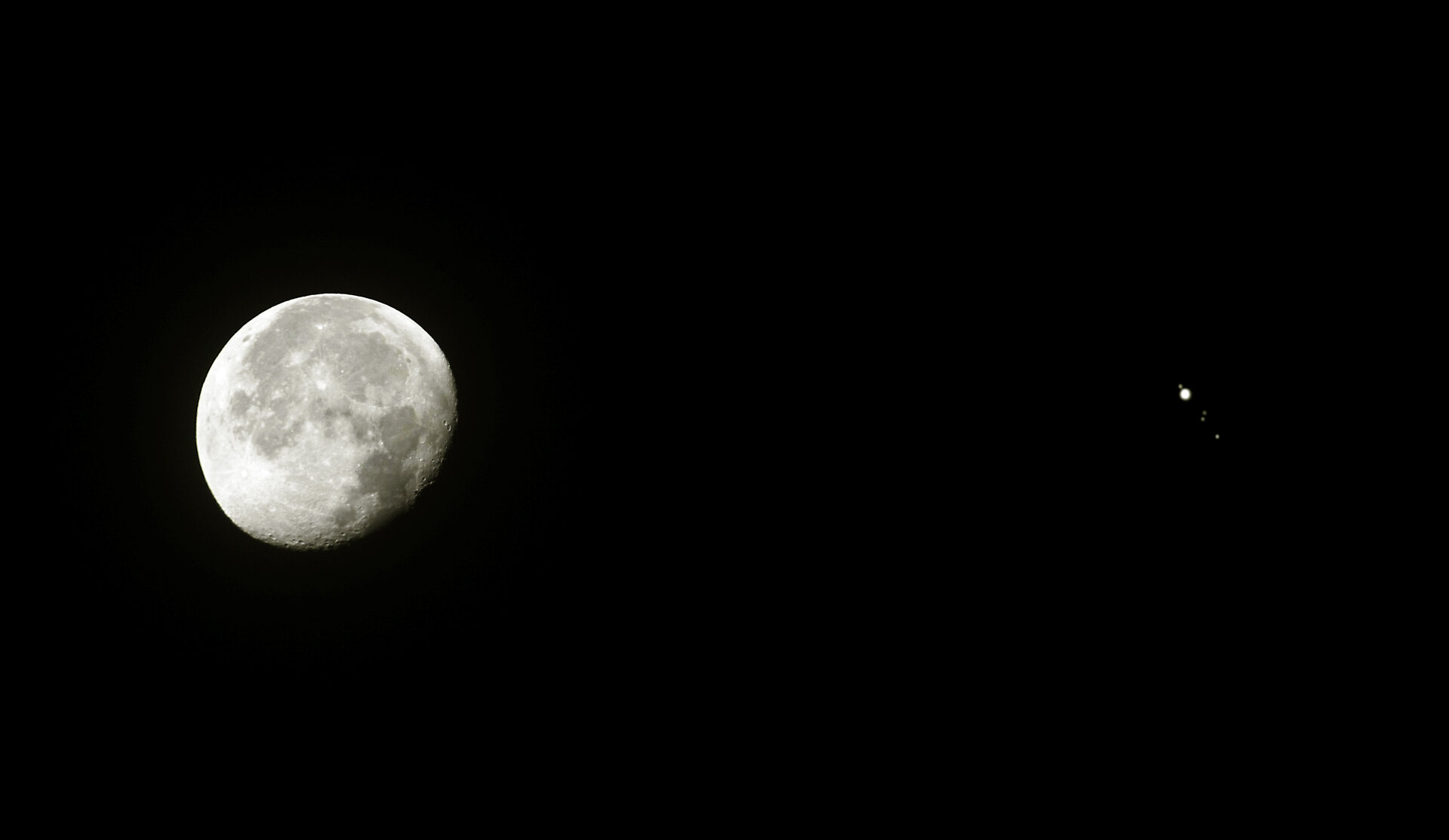 From over 120 stunning entries to our first Space Science Image of the Week competition, our panel of judges has chosen this beautiful composition of the conjunction of Jupiter and its four large satellites with our own Moon as the winning image of 2012.

The image was composed by Antonio Peña from Madrid, Spain, as Jupiter and the Moon met in the sky on 2 November 2012.

It is a composite of two images taken with different exposure times in order to bring out the details of both the bright Moon and the comparatively faint satellites around Jupiter.

Our judges found beauty in how delicate Jupiter and its moons appear compared to Earth’s Moon, which seems to dwarf the largest planet in the Solar System in this scene, thanks to the vast distance between them.

Visit the Flickr gallery for full captions and credits.

The entries covered such a wide range of themes that our judges selected an additional twelve images to highlight the impressive array of celestial subjects that captivated your imaginations this year.

The images cover rare events such as the recent total solar eclipse and the transit of Venus, to deep-sky images that show off the beauty of our Milky Way Galaxy and its celestial neighbours.

Thank you to all our entrants, from all over the world, and we wish you clear skies for 2013!