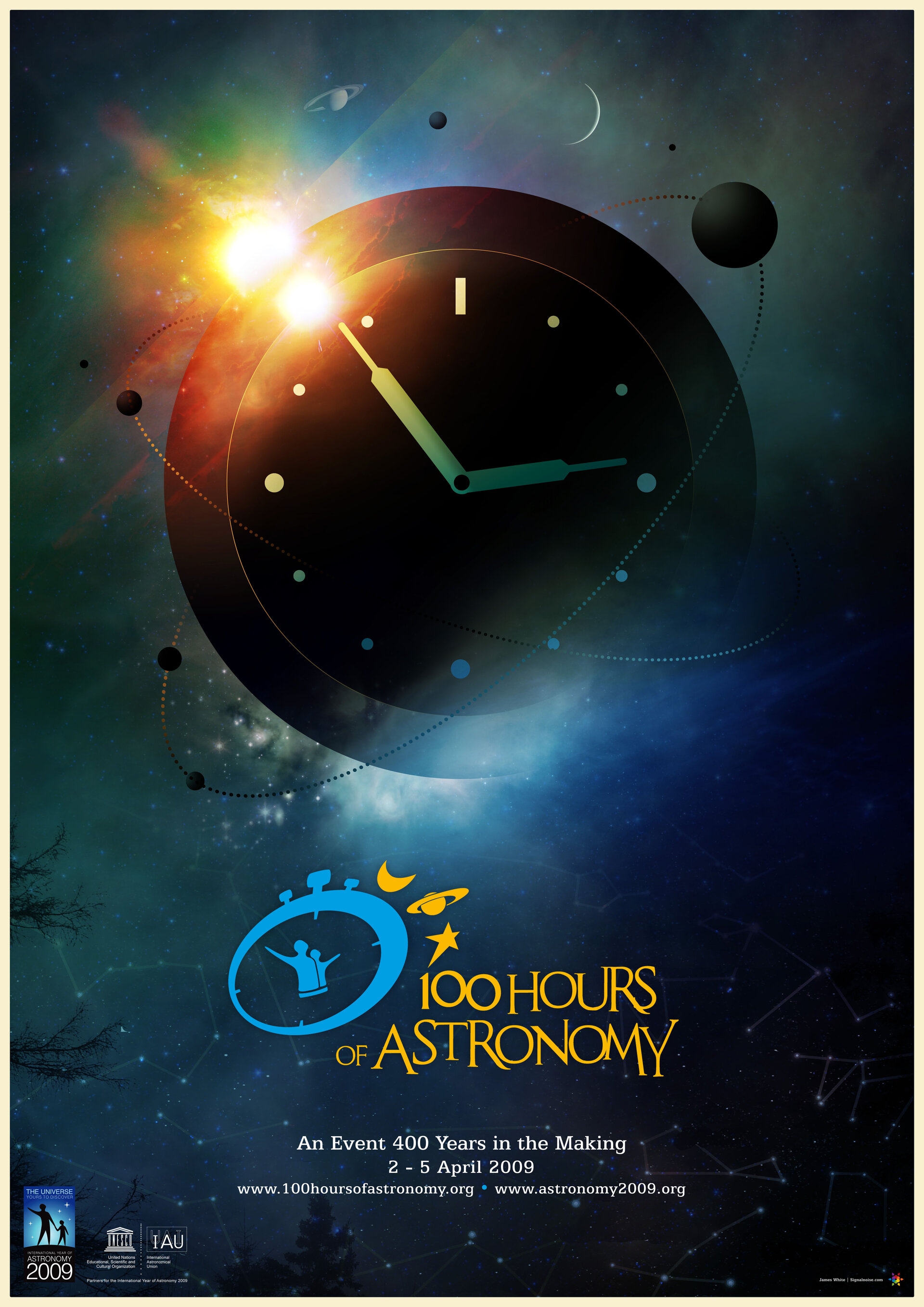 On 3 April, ESA astronomers will take part in ‘Around the world in 80 telescopes’, a unique live webcast which will be part of the ‘100 Hours of Astronomy’ cornerstone project for the International Year of Astronomy 2009. Viewers will have a peek into ESA's XMM-Newton and Integral satellite control rooms in Spain.

The General Assembly of the United Nations has declared 2009 as the 'International Year of Astronomy' (IYA 2009). This global programme was initiated by the International Astronomical Union and the United Nations Educational, Scientific and Cultural Organization with the aim of helping the citizens of the world to rediscover their place in the Universe by reconnecting to the day- and night-sky. 100 Hours of Astronomy is a cornerstone project for IYA 2009.

‘Around the World in 80 Telescopes’ is a live 24-hour video webcast that begins on 3 April at 11:00 CEST. It will take viewers to some of the most advanced ground- and space-based observatories around the world and off the planet.

Viewers can watch what’s on at an observatory in their home country or on the other side of the planet, send in questions and messages, see new images from the cosmos, and discover what astronomers are up to at that very moment.

The webcast is organised by the European Southern Observatory (ESO). The ESA segment will be hosted at at ESA’s European Space Astronomy Centre in Spain. It will provide viewers with an insight into two space observatories, XMM-Newton and Integral, an opportunity to meet astronomers working on these missions, a sneak preview at a pretty new XMM-Newton image of Messier 82, and a chance to participate in a student competition using data from the Integral satellite.