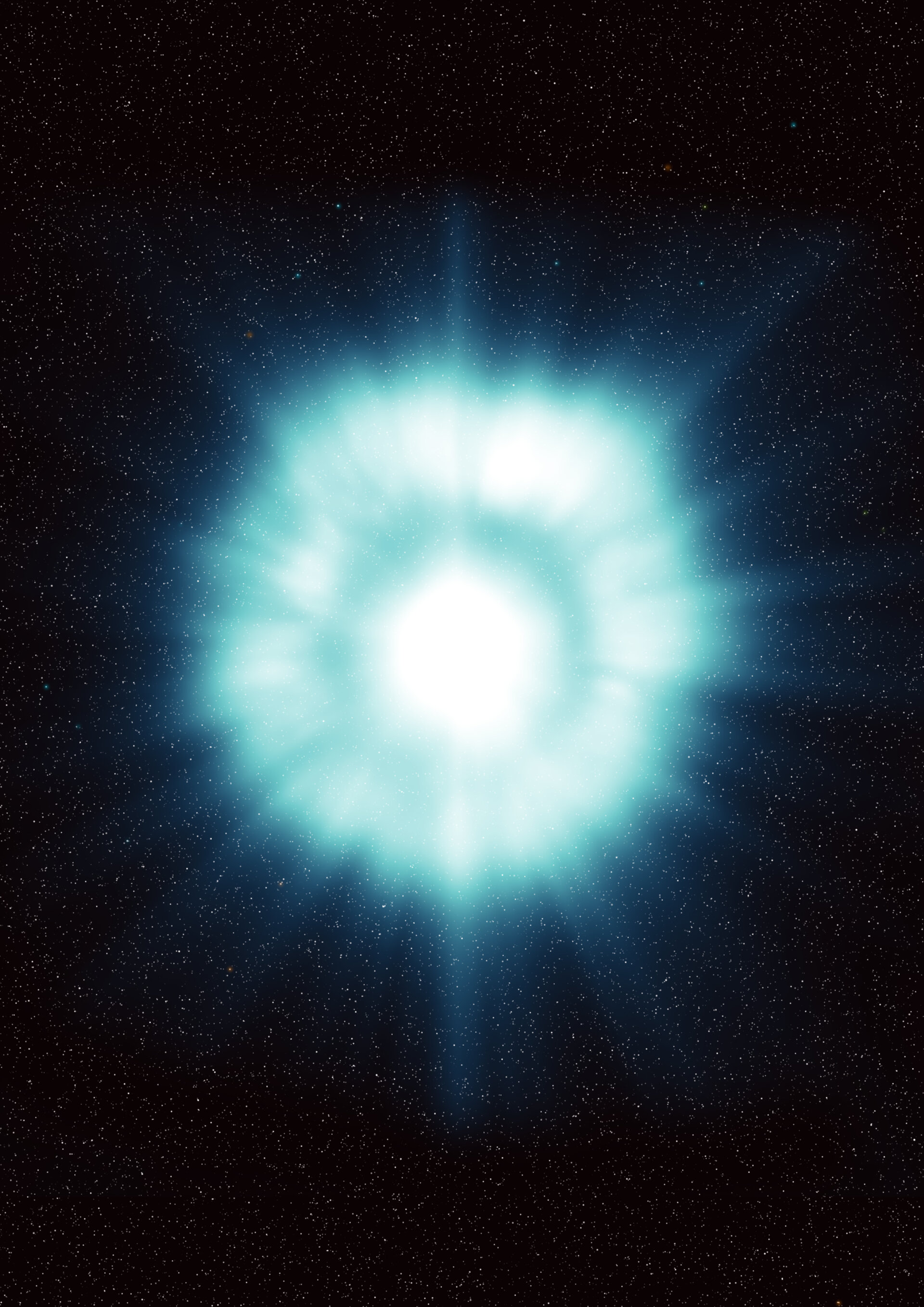 The gamma-ray universe is a place of constant change. Whereas the other wavebands present a stable view of the Universe, even if many of the objects sometimes change their brightness, there are many events in the Universe that produce a brief flash of gamma rays and then fade to obscurity again.

The most famous of these types of sources and, for several decades the most puzzling too, are the gamma-ray bursts. American military satellites, which were designed to detect clandestine nuclear bomb tests, discovered them.

Gamma-ray bursts explode in space at random. They are not predictable except to say that, roughly speaking, one goes off every day but it can come from any direction in space. They only last between a few seconds and a few hundred seconds, but very occasionally they can be longer.

The shortest bursts are thought to be colliding neutron stars in distant galaxies. The longer bursts are now thought to be the very first, supermassive stars exploding as ‘super-supernovae’, or ‘hypernovae’.

The neutron star remnants of supernovae are hot sources of gamma rays and you can use satellites to discover neutron stars that cannot be found via their radio emission as pulsars.

There is also a diffuse component of gamma-ray emission coming from our galaxy, the Milky Way. It is produced when exceedingly energetic particles, known as cosmic rays, collide with gas particles in interstellar space.

Another intriguing region of gamma rays in our galaxy is concentrated near its centre. Here a large patch of gamma rays with a very specific wavelength indicate that our galaxy’s centre could be generating a fountain of antimatter that sprays out into intergalactic space.