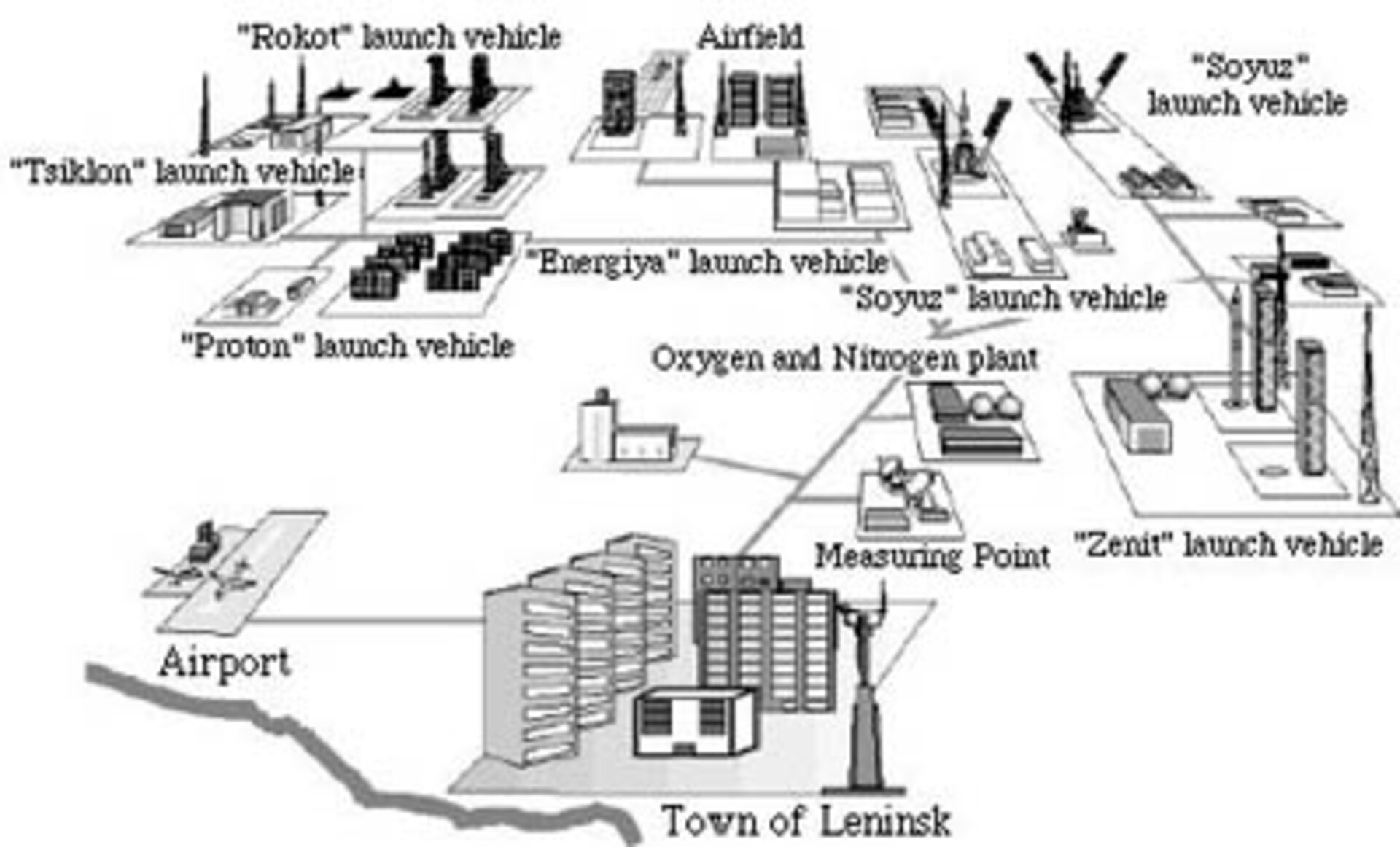 This historic cosmodrome, built on the barren steppes of Kazakhstan, is still the world’s largest space launch facility even after nearly 50 years.

Built in 1955, when Kazakhstan was part of the Soviet Union, Baikonur covers 6717 square kilometres and extends 75 kilometres from north to south and 90 kilometres from east to west. The base contains dozens of launch pads, five tracking-control centres, nine tracking stations and a 1500-kilometrem rocket test range.

It was from Baikonur that the first satellite to orbit the Earth was launched, and that Yuri Gagarin, the first man to orbit the Earth, was launched into space and the history books in 1961. More recent cosmonauts include ESA astronauts Claudie Haigneré in October 2001 and Roberto Vittori in May 2002 – both on missions to the International Space Station.

Altogether it took two years to build the complex and the city of Leninsk had to be built nearby to provide apartments, schools and facilities for the thousands of workers involved in the project. However, Baikonur, the name of a mining town 350 kilometres away, was given to the spaceport to register Yuri Gagarin’s historic mission. Eventually in the 1990s, former Russian president Boris Yeltsin renamed the city of Leninsk, Baikonur.

Baikonur has been used for all Soviet and CIS manned launches and for most lunar, planetary and geostationary orbit launches. Since 1993 Russia has rented Baikonur from Kazakstan.