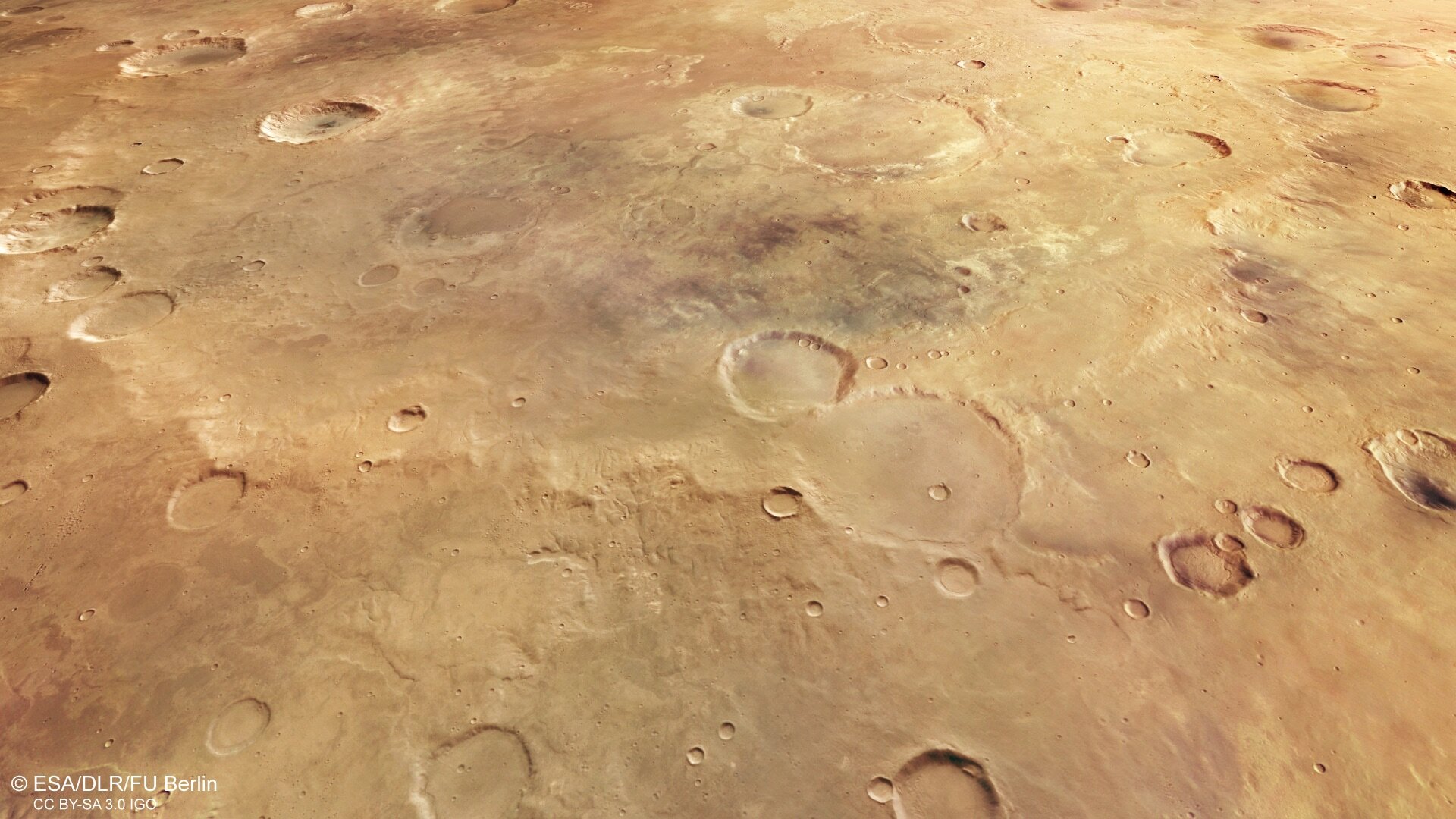 The surface of Mars may appear to be perpetually still, but its many features are ever-changing – as represented in this Mars Express view of the severely eroded Greeley impact crater.

Greeley crater, named for the renowned planetary scientist Ronald Greeley, is located in one of the most ancient parts of Mars: a section of the planet’s southern highlands named Noachis Terra.

This region is thought to be some four billion years old, and is thus home to many features that formed in the very earliest days of the Solar System. Many craters have formed, changed, and eroded away in Noachis Terra, and Greeley crater is no exception.

The subject of these Mars Express images sits between two huge, deep impact basin plains, Argyre and Hellas, and is a great example of a very old crater that has endured significant erosion over time.

Wind, water, ice, and subsequent impacts have all played a part in wearing down the once-fresh structure of the crater. They have smoothed away and removed its walls and rims, erased any characteristic patterns in the nearby landscape that may have formed alongside the crater (such as ‘ejecta’, or rays of material flung out from an impact site), and infilled and flattened out its floor.

This floor is covered with a number of smaller impact pits and pockmarks that have occurred since Greeley crater’s formation – another clear indication of the crater’s immense age. With a depth of only 1.5 km Greeley crater is actually relatively shallow for a martian crater, making it somewhat difficult to pick out from the surrounding terrain.

Accompanying views of the crater show it in a wider context on Mars, colour-coded by topography – highlighting the relative depths of the crater, its broken-down wall, smaller superimposed craters, and other features throughout the region – and also via an oblique perspective, which looks across the crater towards the south-west. Together, these images well-characterise the crater and its environment, and offer an intriguing insight into this ancient region on our planetary neighbour.

Greeley crater earned its moniker following a proposal by the International Astronomical Union in 2015 to name the crater after distinguished planetary scientist Ronald Greeley. Greeley passed away on 27 October 2011.

Alongside significant work in planetary science spanning not only Mars and related missions but also lunar research and missions to Venus, Jupiter, Uranus, and Neptune, Greeley was a Regents’ Professor of planetary geology at Arizona State University from 1977 to 2011, and co-investigator of the Mars Express High Resolution Stereo Camera (HRSC) – the instrument that gathered the data used in these images.