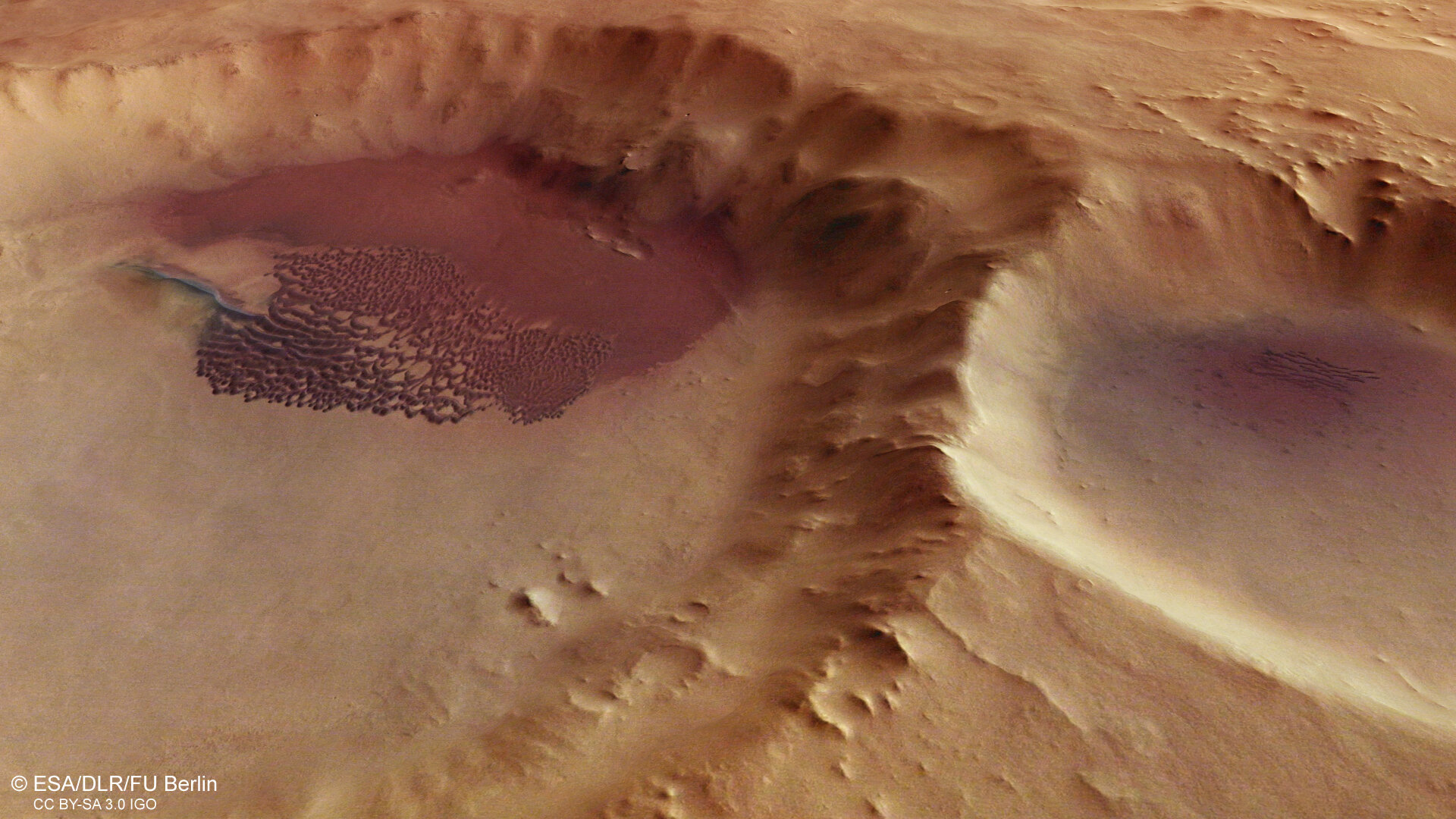 Dunes are prominent indicators of prevailing winds, as can be seen on this crater floor on Mars, imaged by ESA’s Mars Express on 16 May.

Depressions such as impact craters can act as traps for sediments that have been blown in from elsewhere, accumulating in various patterns whipped up by strong winds.

The dune field in this unnamed 48 km-wide impact crater in the southern highlands of Mars includes sickle-shaped dunes known as barchans, and parallel ridges of dunes called transverse dunes.

A smoothly distributed sand sheet stretches between the dunes and the western wall of the crater.

Barchans are the most common dune type found on Mars, and are also prevalent in Earth’s deserts. The shallower slope faces the wind, with the steeper, curved slope downwind, the ‘horns’ of the individual dunes pointing in the direction the wind is blowing. In this example, a southeasterly wind at the time of dune formation can be assumed.

Many nearby craters in this region also host dunes, and show a northwest shift of their dune fields relative to the crater centre, arguing for a uniform wind direction from the southeast.

To the south of the dune field in the large crater, a single elongated transverse dune extends beyond the main field for several kilometres. Perhaps the underlying topography combined with near-surface winds caused the sediments to pile up here, or over time the smaller barchan dunes joined together.

This scene is situated south of Tharsis, the largest volcanic province on Mars and home to Olympus Mons. Past volcanic activity in Tharsis produced vast amounts of basalt, fine pyroclastic deposits and ash, which were likely swept across the region to provide a source for the dark dune material observed in these craters today.