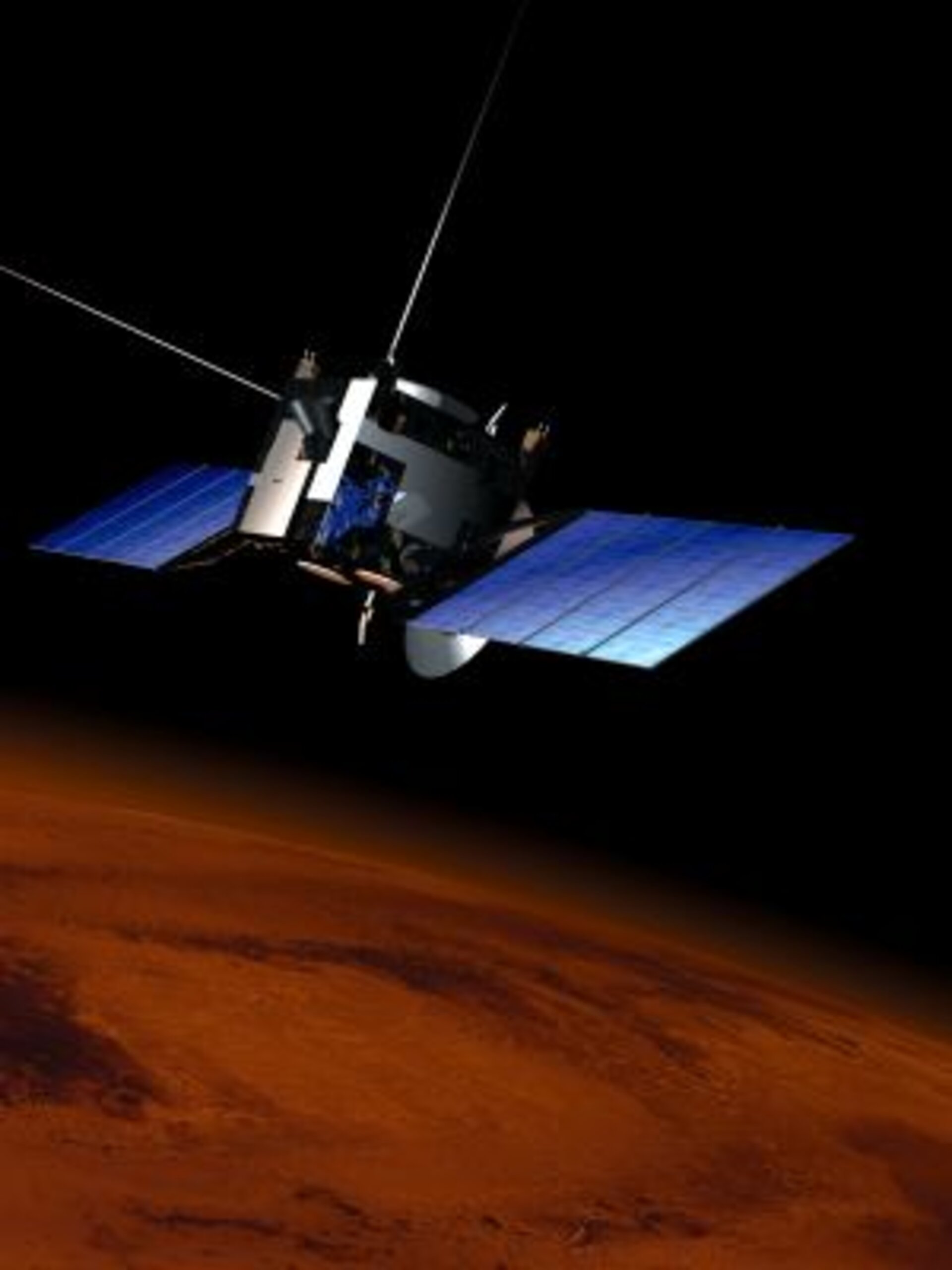 Recent results from the ASPERA-3 instrument on board Mars Express confirm that a very efficient process is at work in the Martian atmosphere which could explain the loss of water.

Water is believed to have once been abundant on the Red Planet. Professor Rickard Lundin, leader of the ASPERA-3 team, describes these findings in a paper published in the latest issue of Science.

Mars is bombarded by a flood of charged particles from the Sun, commonly called the ‘solar wind’ and consisting of electrons and alpha particles. The solar wind erodes the atmosphere of Mars, and is believed to have stripped away a large amount of water that was present on the planet about 3800 million years ago.

Geological evidence, as recently confirmed by images from the High Resolution Stereo Camera (HRSC) onboard Mars Express, indicates that water flows and even an ocean in the northern hemisphere shaped the surface of Mars.

Today, water still exists on the Red Planet, but less than in the past. Observations made earlier this year by the OMEGA instrument on Mars Express showed that Mars has vast fields of perennial water ice, stretching out from its south pole.

The ASPERA-3 instrument on board Mars Express aims to answer the question of whether the solar wind interaction with the upper atmosphere of Mars contributes to the depletion of water. It is measuring a process called ‘solar wind scavenging’, or the slow ‘invisible’ escape of volatile gases and liquid compounds which make up the atmosphere and hydrosphere of a planet.

Using plasma spectrometers and a special imager to detect energetic neutral atoms, ASPERA-3 is making global and simultaneous measurements of the solar wind, the inflow of energetic particles, and also the ‘planetary wind’, which is the outflow of particles from the Martian atmosphere and ionosphere.

Aspera 3 has established that the solar wind penetrates through the ionosphere and very deeply into the Martian atmosphere down to an altitude of 270 kilometres. This seems to be the reason for the acceleration processes that cause the loss of atmosphere on Mars.

A paper describing the results, by Professor Rickard Lundin and his collaborators was published last Friday in Science. Professor Rickard Lundin and Dr Stas Barabash from the Swedish Institute for Space Physics in Kiruna, Sweden, are the leading scientists responsible for the ASPERA-3 instrument, which results from collaboration with 15 other research groups in ten different countries.