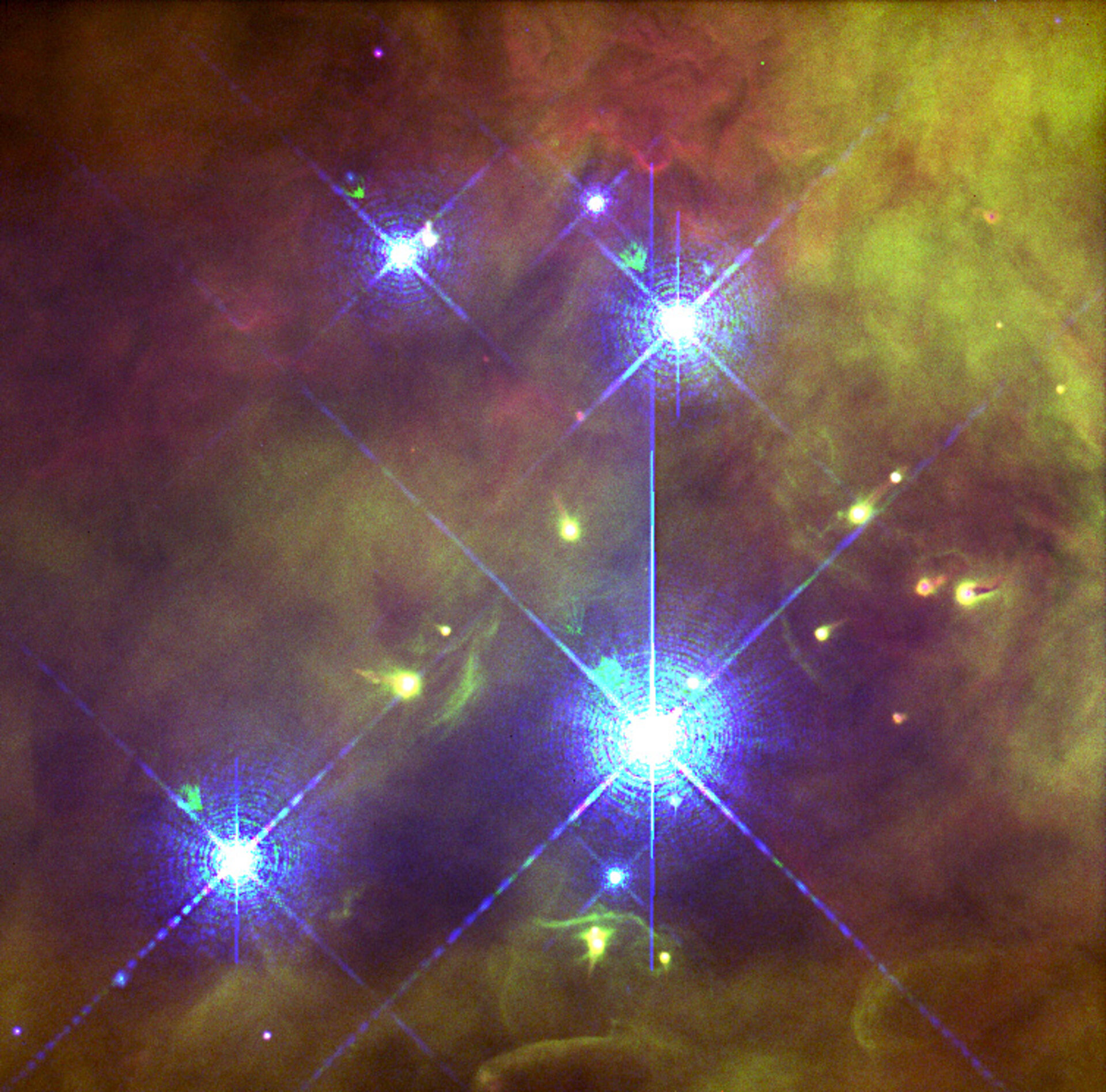 Even a casual glance into a clear night atmosphere reveals that at visible wavelengths, stars dominate our surrounding sky. Visible light is the predominant electromagnetic radiation released by objects with temperatures of between 2000 and 10 000°C.

Stars come in a variety of masses, with the vast majority containing between one tenth and ten times the mass of our Sun. The different masses determine how efficiently they generate energy and this gives rise to the surface temperature. Lower temperature stars shine with red light and high-temperature stars are blue or white. Being yellow, our Sun is a middle temperature star measuring around 6000°C.

All the stars visible to the naked eye are part of our galaxy, the Milky Way. However, thousands of millions of other galaxies stretch throughout space and these are mostly studied using visible wavelengths.

The visible wavelengths are also the realm of the emission nebulae. They are glowing clouds of gas and often form some of the most breathtaking objects in the Universe, most often appearing red. This colour comes from the predominant emission from nebulae, which is hydrogen gas.

Because of the nature of the structure of the hydrogen atom, when it releases energy it does so efficiently at a specific wavelength of red light (656 nanometres).

These are mostly clouds of gas that surround young, massive stars but some emission nebulae are the death shrouds of old stars. These are historically, but confusingly, called 'planetary nebulae'. Exploding stars also create emission nebulae known as ‘supernova remnants’.

If they are close to a star, dust clouds can reflect visible light. Such clouds usually create blue patches in space, similar to the colour of our daytime sky.