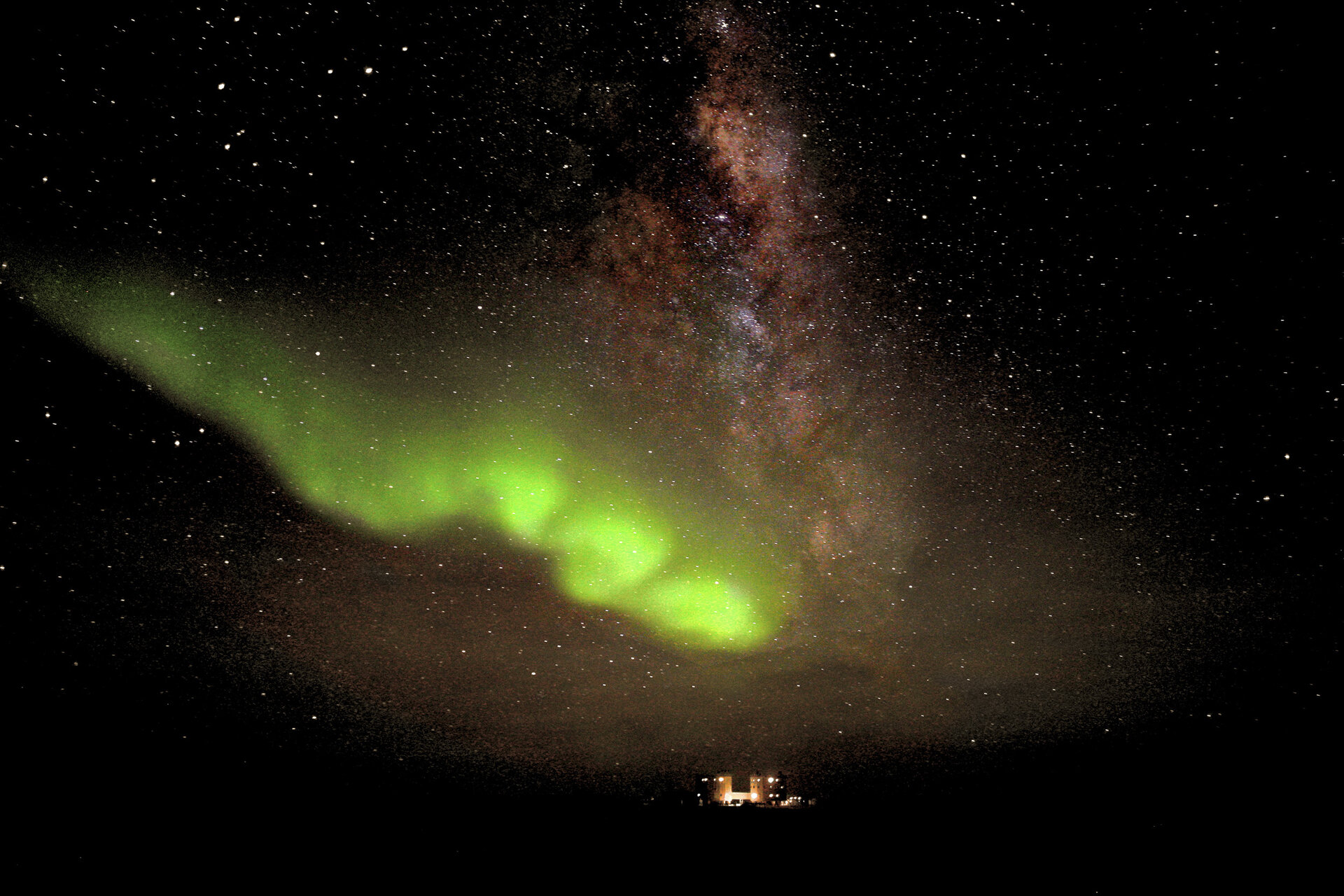 Set against a star-studded backdrop and a splash of the Milky Way, the green glow of an auroral curtain pervades the permanently dark winter skies of the South Pole.

The only sign of life here is the Concordia research station that ESA uses to prepare for future long-duration missions beyond Earth. The site also caters to scientific research from geology and glaciology to climate change, astronomy and planetary magnetic fields.

Even though the Sun barely peeks above the horizon for months on end, its effects are still played out with the fleeting visit of the aurora australis, or southern lights (at the North Pole they are known as aurora borealis, or the northern lights).

These colourful displays are produced when electrically charged particles travelling from the Sun in the solar wind are channelled along Earth’s magnetic field lines and strike atoms high in the atmosphere.

The colours correspond to collisions with different gases in the atmosphere at different altitudes. Collisions with oxygen atoms typically generate green aurora, while nitrogen lights up the sky in red.

This auroral curtain is snaking towards the misty band of light known as the Milky Way, which rises high into the sky.

Since our Solar System resides inside the Milky Way Galaxy, this bright streak is the edge-on view towards the highly populated centre.

The patchy nature of the swath traces sites of rich star formation interspersed with dark ‘holes’ of obscuring clouds of dust.

This image was taken on 18 July by scientists stationed at the Concordia research base during southern hemisphere winter.

Situated 3200 m above sea level, and with an average temperature of –51°C during the permanently dark winter months, Concordia provides the ideal conditions to study the effects of prolonged isolation in an extremely hostile environment.

Lessons learnt here will help to prepare future astronauts for possible future interplanetary exploration to Mars or beyond.