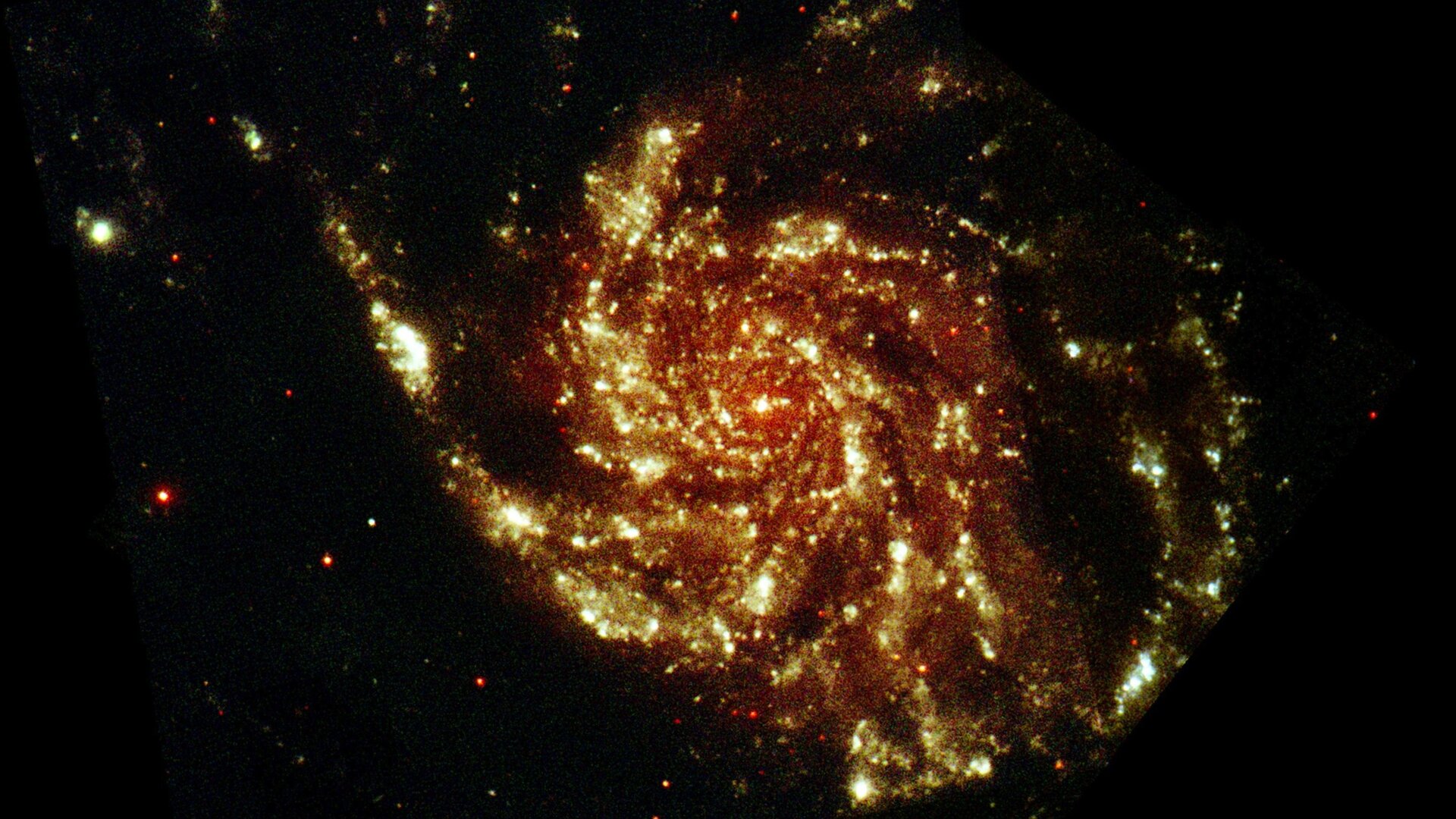 The face-on Pinwheel spiral galaxy is seen at ultraviolet wavelengths in this image taken by ESA’s XMM-Newton space telescope.

Also known as M101, the galaxy lies 21 million light-years away in the constellation Ursa Major. It measures 170 000 light-years across – nearly twice the diameter of our own Milky Way Galaxy – and contains at least a trillion stars. About a billion of these stars could be similar to our own Sun.

Since the largest stars are the shortest lived, with a maximum lifespan of a few million years, studying the ultraviolet radiation being emitted by a distant galaxy is a good way to measure how much star formation is taking place within it – and it is clear that M101 is still very active.

The galaxy has also borne witness to the death of stars, with four supernova explosions recorded between 1909 and 2011.

The Pinwheel Galaxy appears slightly lopsided, its arms wound tightly around the central bulge on one side but more loosely bound on the other. Its architecture is likely due to interactions with other galaxies earlier in its history, their gravitational attraction pushing and pulling M101’s arms in new directions.

This image is from our archives; it was first published in the XMM-Newton image gallery in 2002 with a complementary X-ray image of M101.