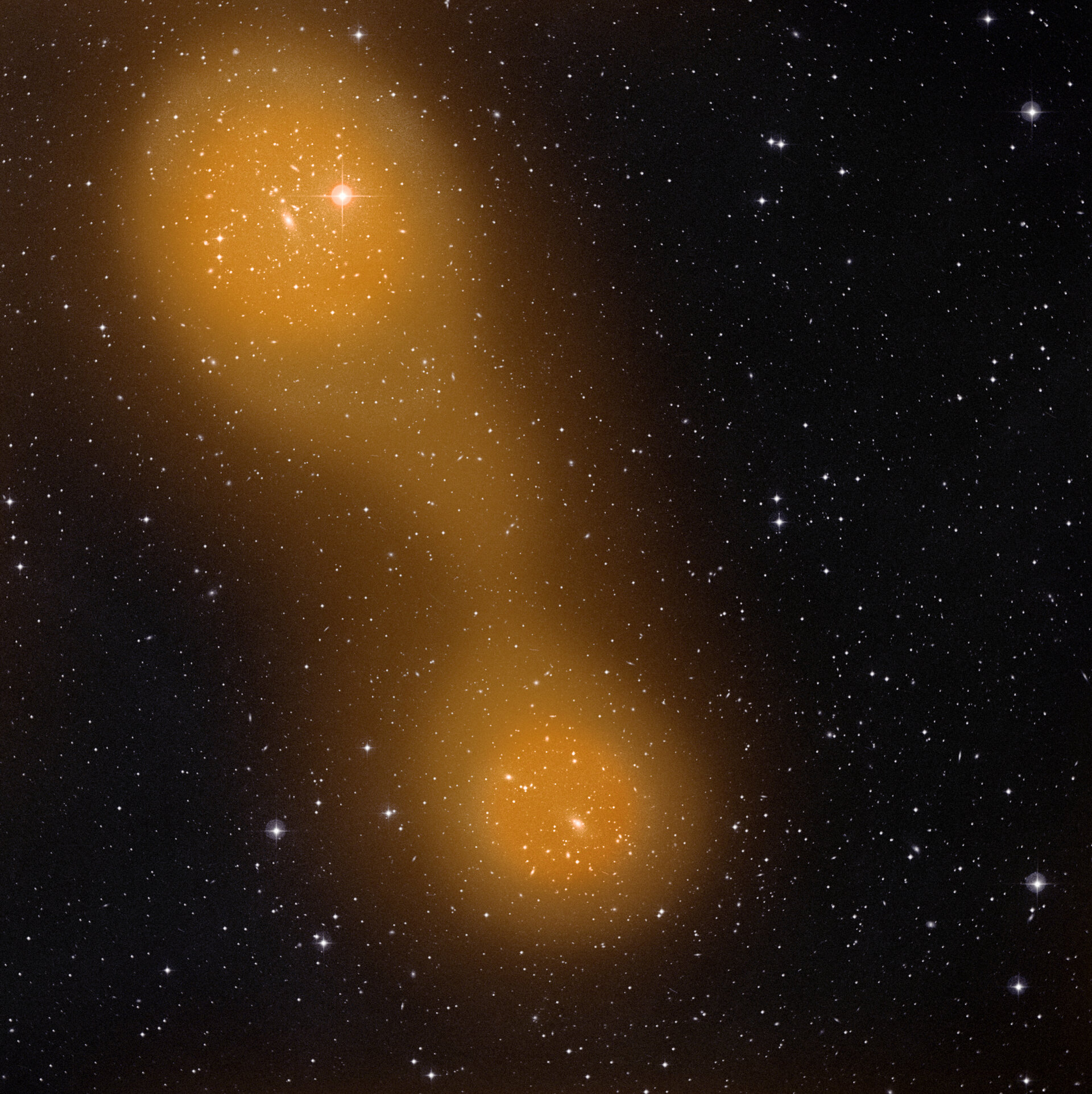 ESA’s Planck space telescope has made the first conclusive detection of a bridge of hot gas connecting a pair of galaxy clusters across 10 million light-years of intergalactic space.

Planck’s primary task is to capture the most ancient light of the cosmos, the Cosmic Microwave Background, or CMB. As this faint light traverses the Universe, it encounters different types of structure including galaxies and galaxy clusters – assemblies of hundreds to thousands of galaxies bound together by gravity.

If the CMB light interacts with the hot gas permeating these huge cosmic structures, its energy distribution is modified in a characteristic way, a phenomenon known as the Sunyaev–Zel’dovich (SZ) effect, after the scientists who discovered it.

This effect has already been used by Planck to detect galaxy clusters themselves, but it also provides a way to detect faint filaments of gas that might connect one cluster to another.

In the early Universe, filaments of gaseous matter pervaded the cosmos in a giant web, with clusters eventually forming in the densest nodes.

Much of this tenuous, filamentary gas remains undetected, but astronomers expect that it could most likely be found between interacting galaxy clusters, where the filaments are compressed and heated up, making them easier to spot.

Planck’s discovery of a bridge of hot gas connecting the clusters Abell 399 and Abell 401, each containing hundreds of galaxies, represents one such opportunity.

The presence of hot gas between the billion-light-year-distant clusters was first hinted at in X-ray data from ESA’s XMM-Newton, and the new Planck data confirm the observation.

Early analysis suggests the gas could be mixture of the elusive filaments of the cosmic web mixed with gas originating from the clusters.

A more detailed analysis and the possible detection of gas bridges connecting other clusters will help to provide a more conclusive answer.

The new finding highlights the ability of Planck to probe galaxy clusters to their outskirts and beyond, examining their connection with the gas that permeates the entire Universe and from which all groups of galaxies formed.