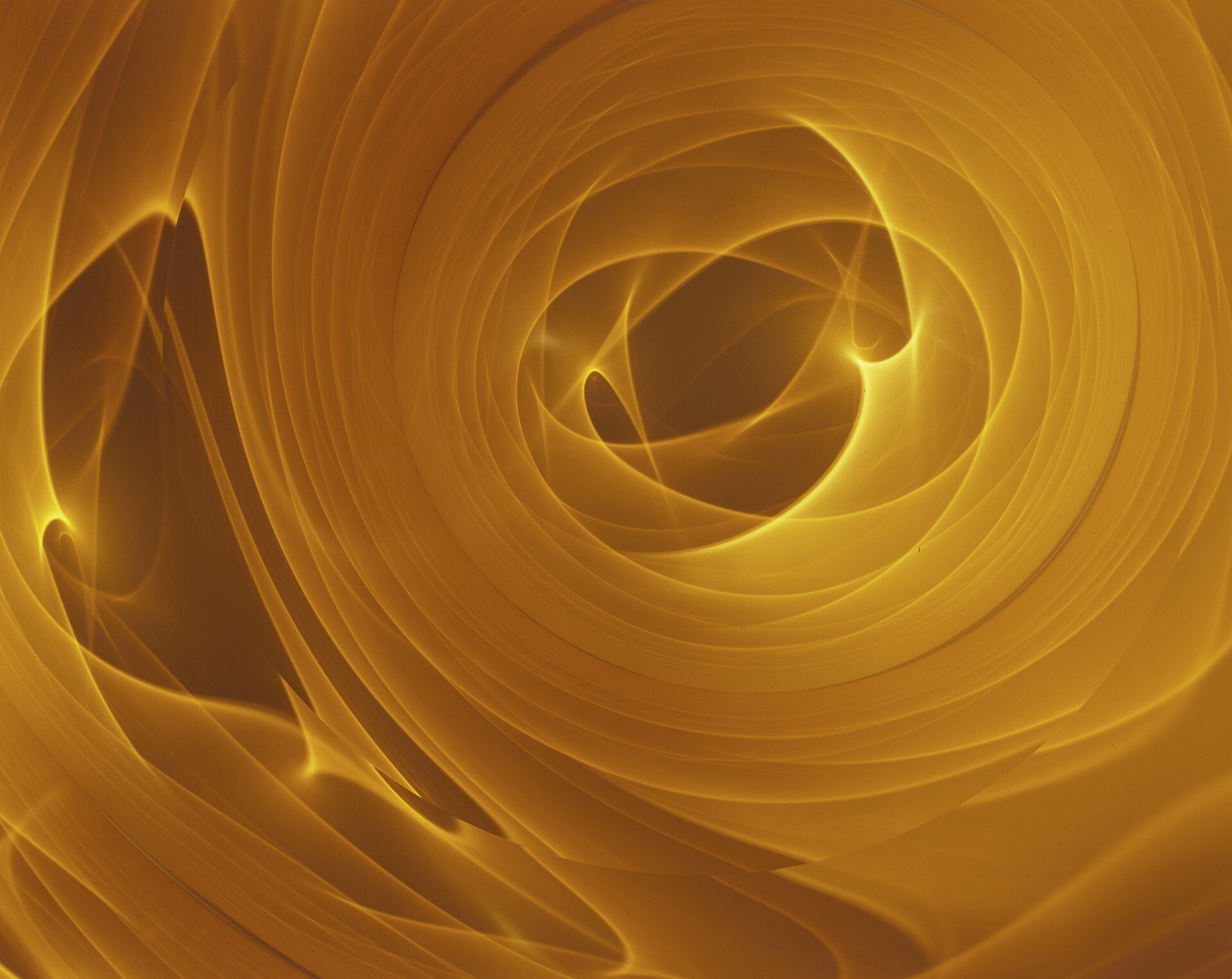 Reflection patterns off one of the gold-plated spare mirrors of ESA’s XMM-Newton X-ray space telescope shows a side of the mission rarely seen.

Captivating images of supernova remnants, stellar explosions and black hole environments are just some of the high-energy phenomena that go hand-in-hand with XMM-Newton.

By contrast, this image shows the journey that light particles from these objects might make on their way to the space telescope’s detectors.

In this artistic shot patterns are created by light reflected in one of the gold-plated mirrors. XMM-Newton’s three telescopes each contain 58 mirrors like this, and are among the most powerful ever developed.

The mirrors are only one millimetre thick and nested inside one another, rather like the layers of a leek. This construction earned the mission its name: X-ray Multi-Mirrors, while also honouring the physicist Sir Isaac Newton.

The mirrors are curved in such a way to ensure that the incoming X-rays are reflected twice and focused onto a detector in a single point.

XMM-Newton was launched on 10 December 1999, exactly 13 years ago today, and is still working well in orbit around Earth.

The mission has detected more X-ray sources than any previous satellite. Highlights include the discovery of a black hole weighing more than 500 Suns that provided the missing link between lighter stellar-mass and heavier supermassive black holes.

It has also made the first close-up investigation of a white dwarf star circling a companion star that could explode into a particular kind of supernova in a few million years. This breed of supernova is used as a beacon to measure cosmic distances and ultimately understand the expansion of our Universe.