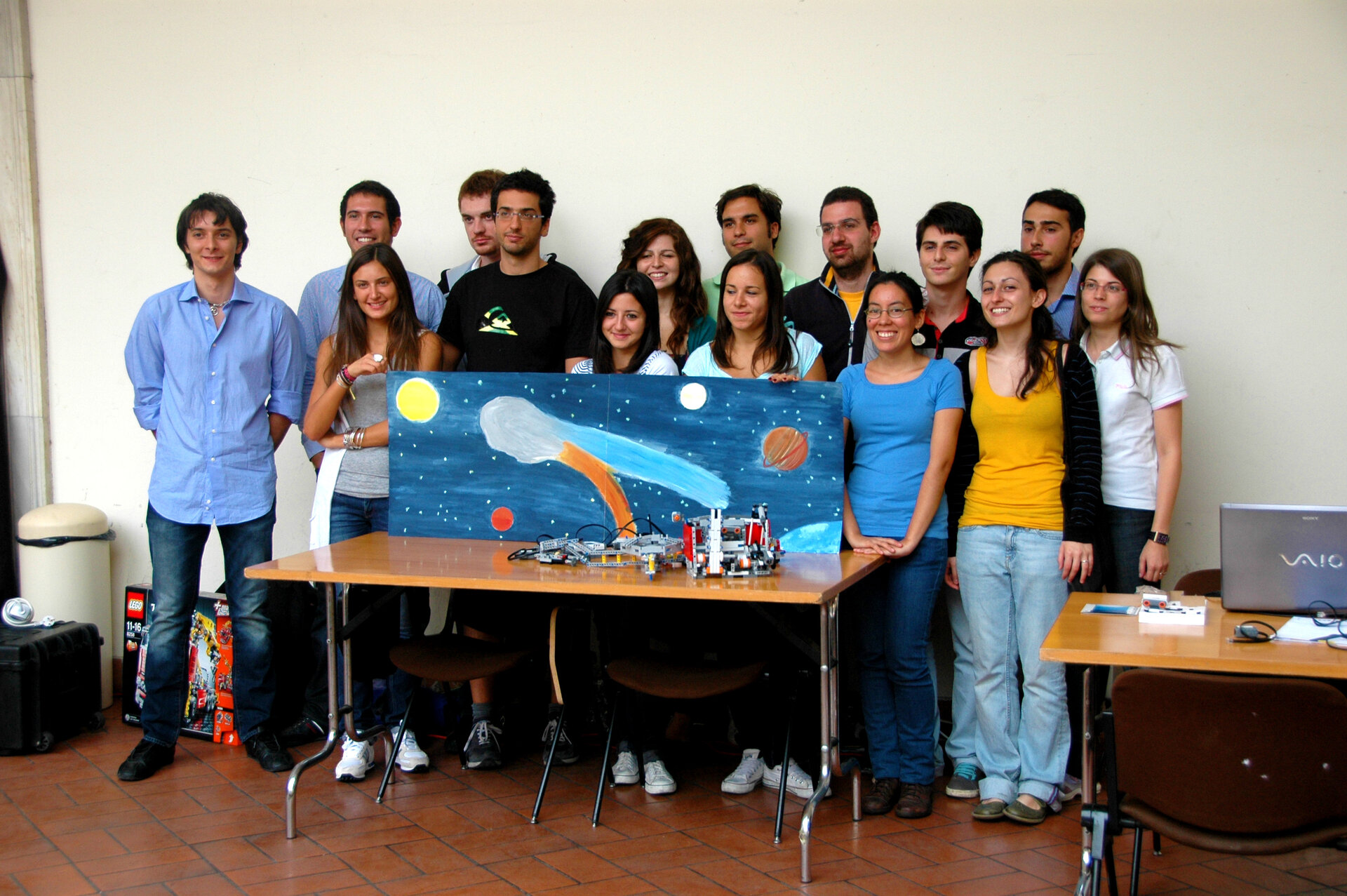 What does a scientist do to visualise a space journey? Build a model, of course. A model of Europe’s Rosetta comet-chaser made out of LEGO® blocks started out in this small way and has grown into a high-fidelity Rosetta Lander Education Kit.

Engineering and art students of the University of Rome gathered yesterday to test the prototype of the Rosetta Lander Education Kit. Not only did they build the LEGO MINDSTORMS comet lander, they also learnt why ESA’s mission is travelling all the way to Jupiter’s orbit to rendezvous with comet Churyumov–Gerasimenko.

“Chasing comets allows us to look back into the history of our Solar System,” said ESA space scientist Detlef Koschny during the presentation of the Education Kit.

“Comets and asteroids represent the leftovers from which the planets of our Solar System formed.

“Understanding their composition will teach us about how our own Earth came into being and the ingredients that allowed the formation of life.”

So far, comets have only been investigated from a distance but, in November 2014, Rosetta’s Philae lander will touch down on Churyumov-Gerasimenko’s icy surface, allowing the comet’s composition to be directly measured.

This is not the first time that LEGO bricks have been used by the Rosetta mission. Detlef once created a LEGO model of the whole spacecraft to visualise its flight path during meetings. Not only did the orbital journey become apparent in those meetings, so did the desire of everyone to own a LEGO version of Rosetta.

What started as a small model has blossomed into a high-fidelity education kit. It was obvious on the student’s faces and those of the professors that this was an unconventional ‘first’ in the history of the ancient University of Rome.

“It was quite difficult, because all the moving parts are not so easy to rebuild so we had to figure out something, some way to realise some mechanism that could move,” said Filippo Ales, a student of aerospace engineering.

For example, Philae has ‘ice screws’ on its legs that drill into the comet at impact to stop it bouncing off in the low gravity. A harpoon also holds the lander on the surface.

On top of the lander is a small rocket engine that fires to keep Philae in position while the screws and the harpoon finish their job of anchoring it.

Some of these features are reproduced on the model. LEGO Mindstorms components allow moving parts to be controlled by a simple home computer.

"I liked it a lot to assemble everything, I thought is was real fun,” said student Monserrat Olympia Pineda Arqueros. “I would recommend it to all students to do this assembly exercise with LEGO."

The feedback from the engineering students on the prototype will be used by ESA, the German Aerospace Center DLR, Europlanet, Lightcurvefilms and LEGO to finalise the Education Kit and adapt it to the needs of European curricula.