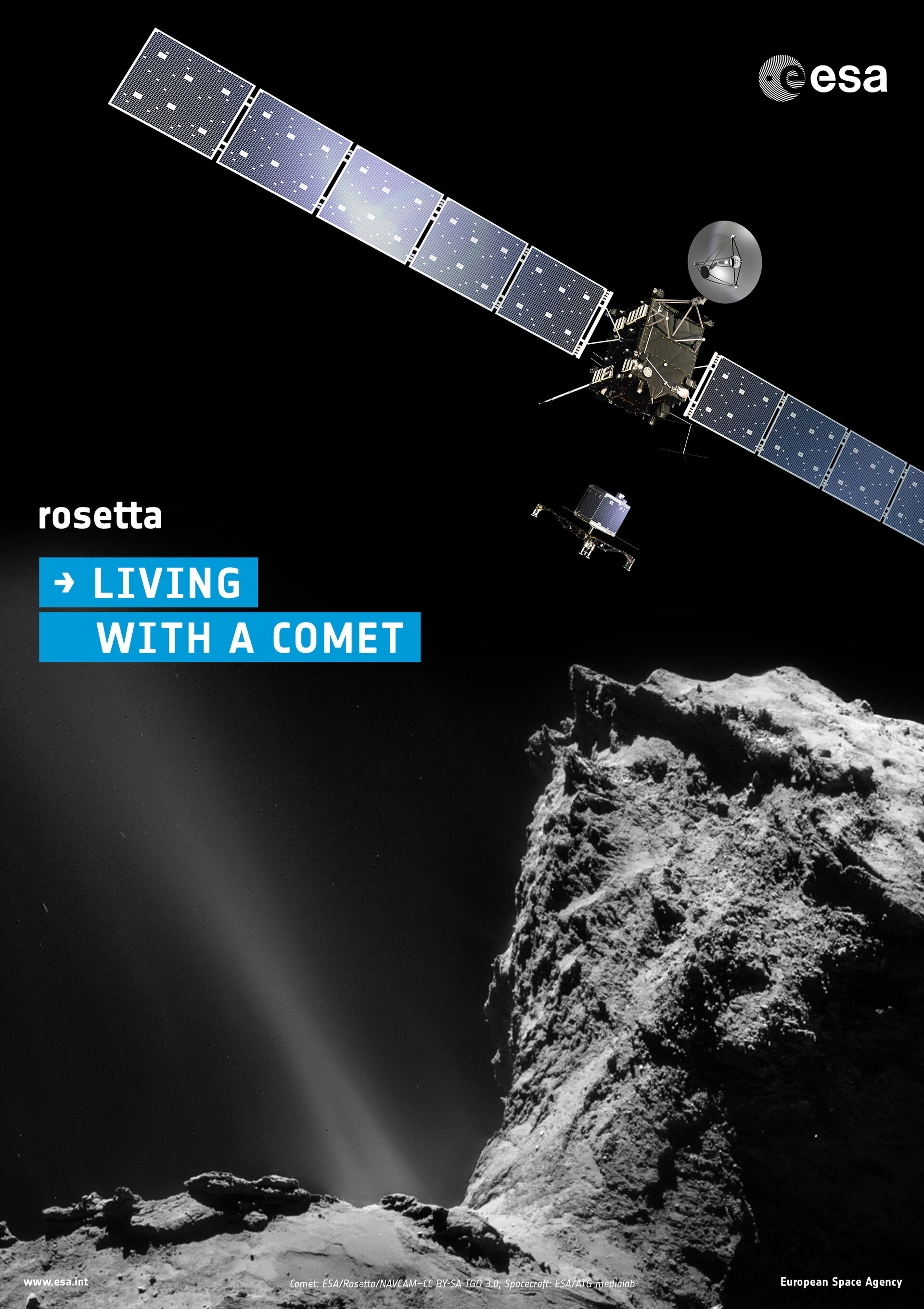 In November 1993, the International Rosetta Mission was approved as a Cornerstone Mission in ESA's Horizons 2000 Science Programme.

Since then, scientists and engineers from all over Europe and the United States combined their talents to build an orbiter and a lander for this unique expedition to unravel the secrets of a mysterious 'mini' ice world – a comet.

Initially scheduled for January 2003, the launch of Rosetta had been postponed due to a failure of an Ariane rocket in December 2002. The adventure began March 2004, when a European Ariane 5 rocket lifted off from Kourou in French Guiana.

During a circuitous ten-year trek across the Solar System, Rosetta crossed the asteroid belt and traveled into deep space, more than five times Earth’s distance from the Sun. Its destination was a periodic comet known as Comet 67P/Churyumov-Gerasimenko.

The Rosetta orbiter rendezvoused with Comet 67P/Churyumov-Gerasimenko in August 2014 and remained in close proximity to the nucleus as it plunged towards the warmer inner reaches of the Sun’s domain. In November 2014, a small lander was released onto the surface of this mysterious world. Rosetta continued to study all aspects of the comet and its environment until mission end in September 2016.

Scientists were eagerly to compare Rosetta’s results with previous studies by ESA’s Giotto spacecraft and by ground-based observatories that showed that comets contain complex organic molecules – compounds that are rich in carbon, hydrogen, oxygen and nitrogen. Intriguingly, these are the elements which make up nucleic acids and amino acids, the essential ingredients for life as we know it. Did life on Earth begin with the help of comet seeding? Rosetta's data is contributing to this fundamental question.