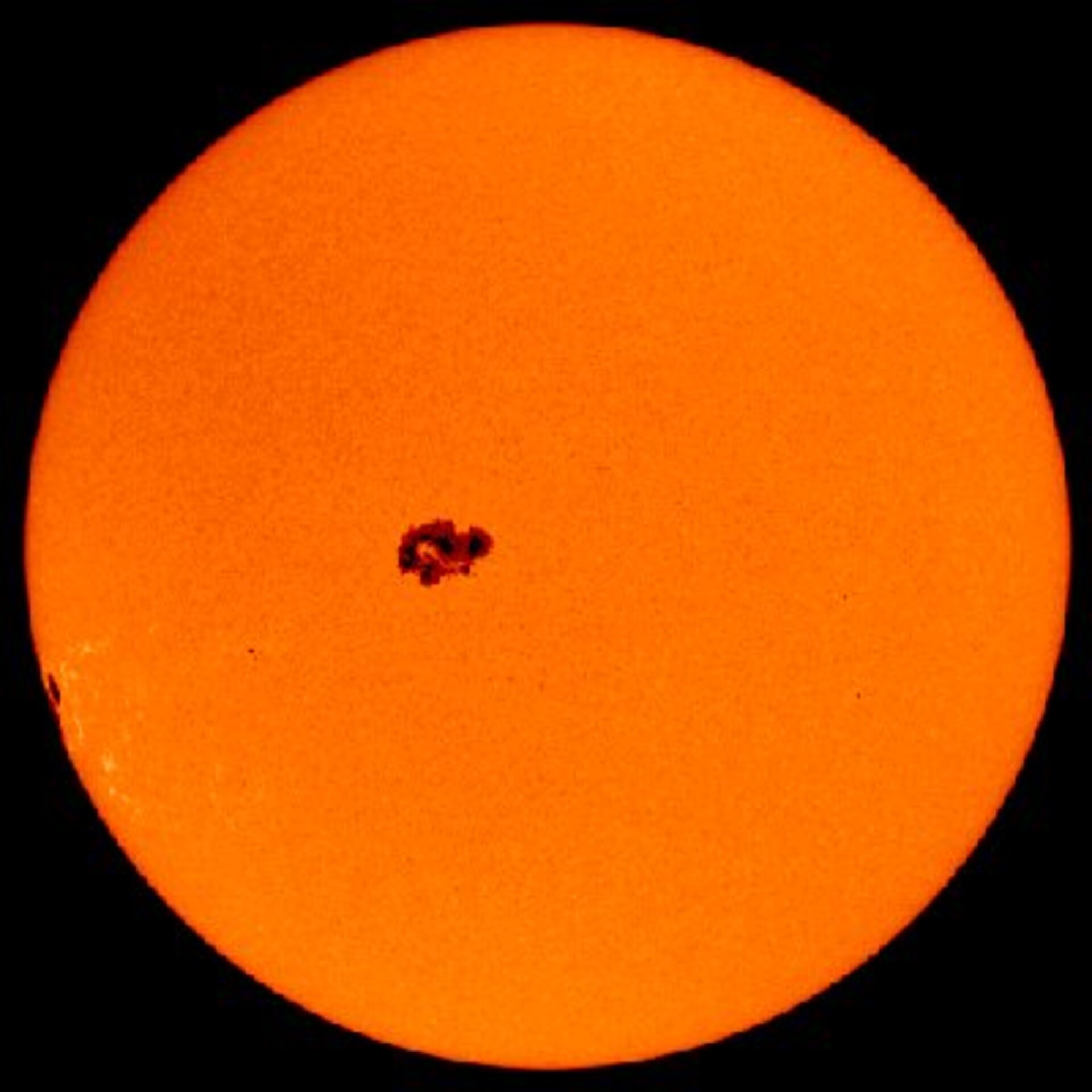 Our Sun has been remarkably active this week. Sunspot 484, which first appeared last weekend, has grown into one of the biggest sunspots seen in years.

Now about the size of the planet Jupiter, it's easy to see. But never look directly at the sun!

Sunspots are cooler regions of the Sun where magnetic energy builds up, often prior to eruptions.

While being monitored by the ESA/NASA SOHO spacecraft, this particular sunspot let loose a storm of energetic particles, known as a 'coronal mass ejection' on Wednesday, 22 October 2003.

The expanding cloud is expected to arrive at Earth on Friday, 24 October, and this activity could generate colourful aurorae, or Northern Lights, over the northern USA and much of northern Europe.

Major eruptions known as ‘solar flares’ are also possible from these active regions as they rotate across the face of the sun over the next two weeks.