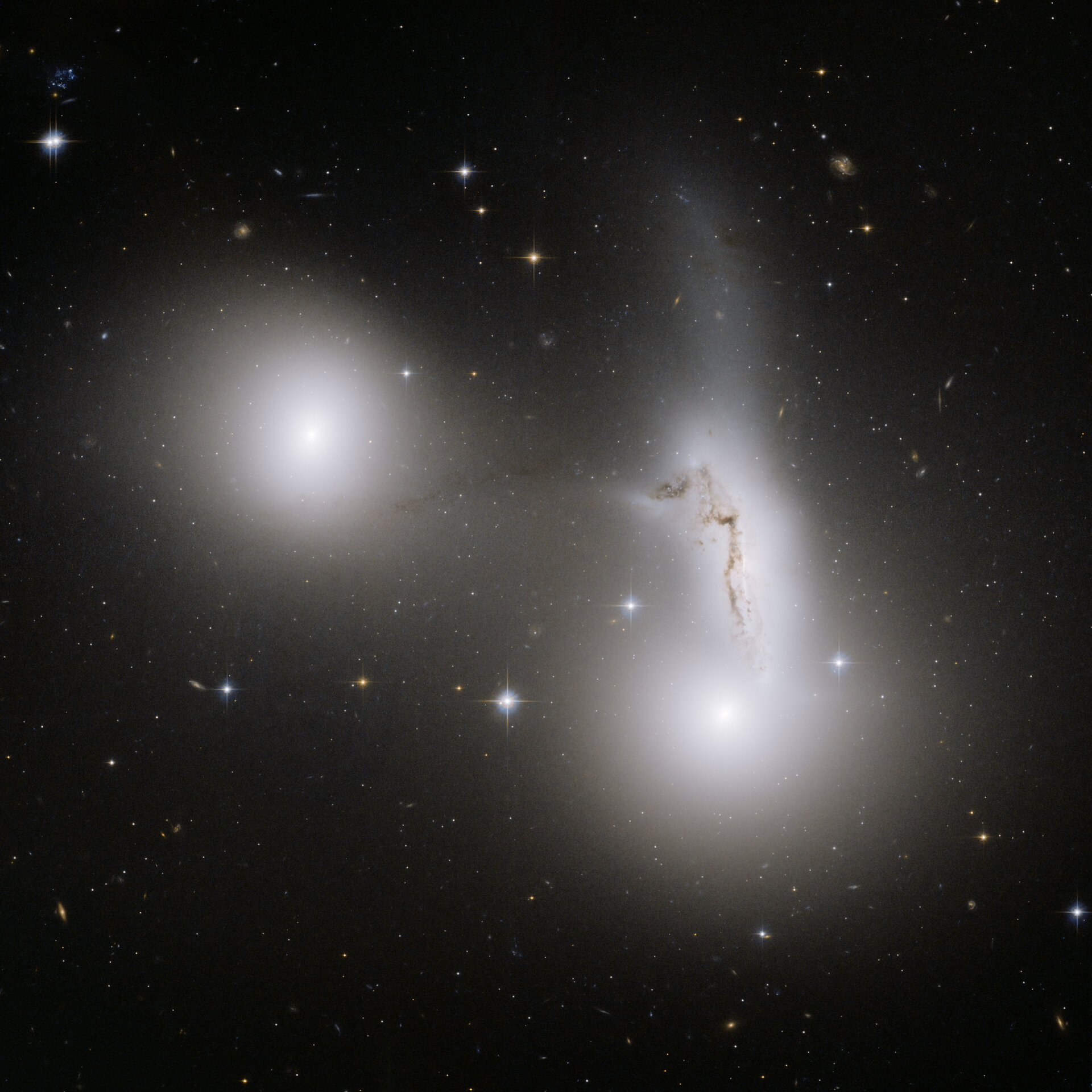 A new Hubble image shows three galaxies locked in a gravitational tug-of-war that may result in the eventual demise of one of them.

About 100 million light-years away, in the constellation of Piscis Austrinus (the Southern Fish), three galaxies are playing a game of gravitational give-and-take that might ultimately lead to their merger into one enormous entity.

A new image from the Advanced Camera for Surveys on the NASA/ESA Hubble Space Telescope allows astronomers to view the movement of gases from galaxy to galaxy, revealing the intricate interplay among them.

The three pictured galaxies — NGC 7173 (middle left), NCG 7174 (middle right) and NGC 7176 (lower right) — are part of the Hickson Compact Group 90, named after astronomer Paul Hickson, who first catalogued these small clusters of galaxies in the 1980s. NGC 7173 and NGC 7176 appear to be smooth, normal elliptical galaxies without much gas and dust.

In stark contrast, NGC 7174 is a mangled spiral galaxy, barely clinging to independent existence as it is ripped apart by its close neighbours. The strong tidal interaction surging through the galaxies has dragged a significant number of stars away from their home galaxies. These stars are now spread out, forming a tenuous luminous component in the galaxy group.

Ultimately, astronomers believe that the stars in NGC 7174 will be redistributed into a giant 'island universe', tens to hundreds of times as massive as our own Milky Way.