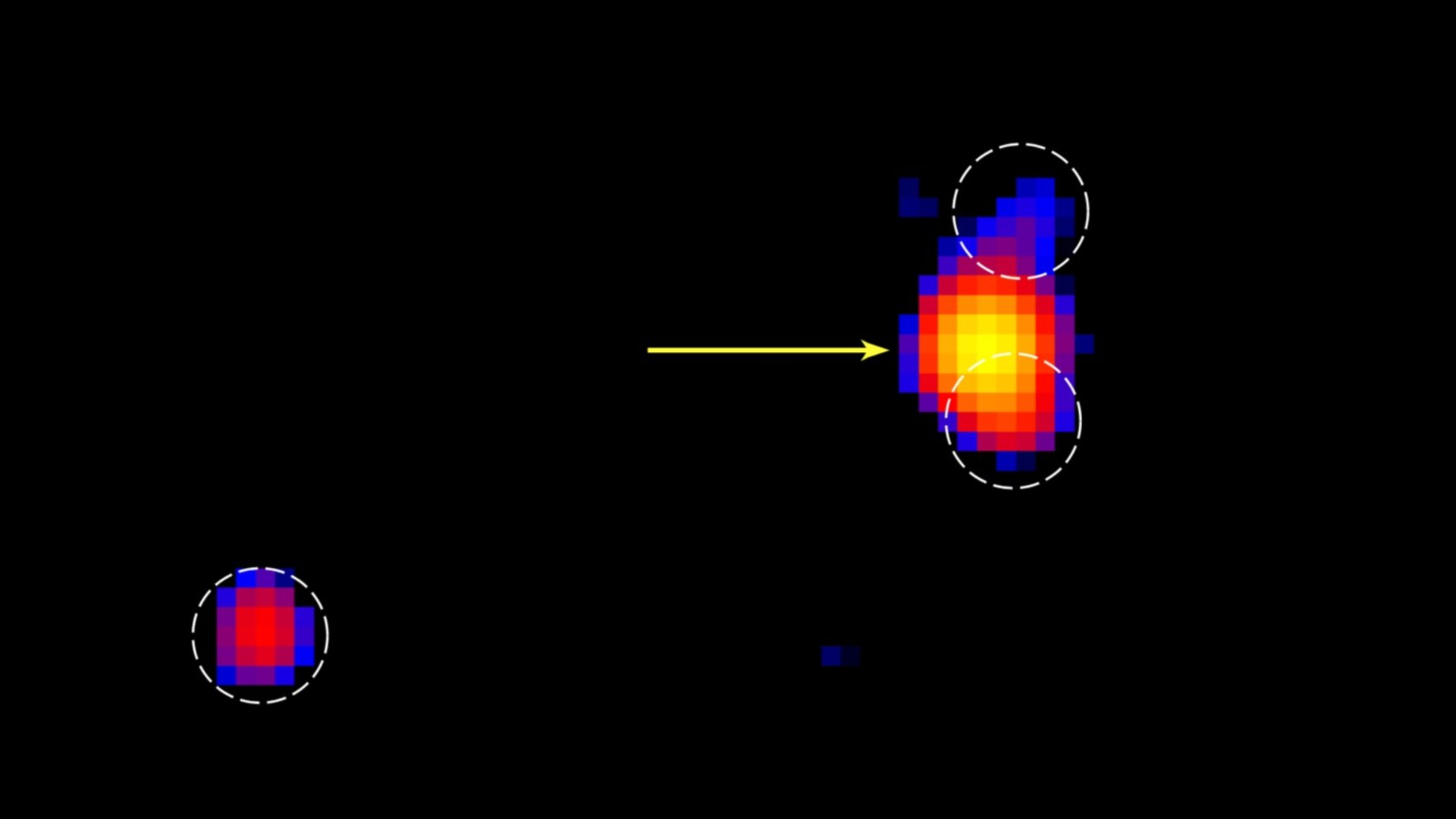 When XMM-Newton was launched in 1999, most students who are finishing high school today were not even born. Yet ESA’s almost two-decade old X-ray observatory has many surprises to be explored by the next generation of scientists.

A taste of new discoveries was unveiled in a recent collaboration between scientists at the National Institute of Astrophysics (INAF) in Milan, Italy, and a group of twelfth-grade students from a secondary school in nearby Saronno.

The fruitful interaction was part of the Exploring the X-ray Transient and variable Sky project, EXTraS, an international research study of variable sources from the first 15 years of XMM-Newton observations.

“We recently published the EXTraS catalogue, which includes all the X-ray sources – about half a million – whose brightness changes over time as observed by XMM-Newton, and lists several observed parameters for each source,” says Andrea De Luca, one of the scientists who coordinated the student project.

“The next step was to delve into this vast dataset and find potentially interesting sources, and we thought this would be an exciting challenge for a student internship.”

Scientists at INAF in Milan have been cooperating with local schools for a few years, hosting several groups of students at the institute for a couple of weeks and embedding them in the activities of the various research groups.

“For this particular project, the students received an introduction about astronomy and the exotic sources we study with X-ray telescopes, as well as a tutorial on the database and how to use it,” explains Ruben Salvaterra, another scientist involved in the programme.

“Once they were ready to explore the data archive, they proved very effective and resourceful.”

The six students analysed about 200 X-ray sources, looking at their light curve – a graph showing the object’s variability over time – and checking the scientific literature to verify whether they had been studied already.

Eventually, they identified a handful of sources exhibiting interesting properties – a powerful flare, for example – that had not been previously reported by other studies.

“One of the sources stood out as especially intriguing,” says Andrea.

Featuring the shortest flare of all analysed objects, this source appears to be located in the globular cluster NGC 6540 – a dense grouping of stars – and had not been studied before.

After presenting their findings to the scientists in a seminar, the students went back to school. But the work for Andrea, Ruben and collaborators had only just begun.

“The source identified by the students displays brightness changes like no other known objects, so we started looking more in detail,” says Ruben.

An otherwise low-luminosity source of X-rays, XMM-Newton saw it brighten by up to 50 times its normal level in 2005, and quickly fall again after about five minutes.

Stars like our Sun shine moderately in X-rays, and occasionally undergo flares that boost their brightness like the one observed in this source. However, such events normally last much longer – up to a few hours or even days.

On the other hand, short outbursts are observed in binary star systems hosting a dense stellar remnant such as neutron star, but these outpourings of X-rays are characterised by a much higher luminosity.

“This event is challenging our understanding of X-ray outbursts: too short to be an ordinary stellar flare, but too faint to be linked to a compact object,” explains collaborator Sandro Mereghetti, lead author of the paper presenting the results.

Another possibility is that the source is a so-called chromospherically active binary, a dual system of stars with intense X-ray activity caused by processes in their chromosphere, an intermediate layer in a star’s atmosphere. But even in this case, it does not closely match the properties of any known object of this class.

The scientists suspect that this peculiar source is not unique, and that other objects with similar properties are lurking in the XMM-Newton archive but have not yet been identified because of the combination of low luminosity and short duration of the flare.

“The systematic study of variability that led to the compilation of the EXTraS catalogue, together with this first attempt at data mining, suggests that we have opened a new, unexplored window on the X-ray Universe,” adds Sandro.

The team plans to study the newly identified source in greater detail to better understand its nature, while searching for more similar objects in the archive.

“It is exciting to find hidden jewels like this source in the XMM-Newton archive, and that young students are helping us find them while learning and having fun,” concludes Norbert Schartel, XMM-Newton project scientist at ESA.

The students involved in this project are Razvan Patrolea, Lorenzo Apollonio, Elena Pecchini, Cinzia Torrente, Bartolomeo Bottazzi-Baldi and Martino Giobbio from Liceo scientifico G.B. Grassi in Saronno, Italy. They discovered the peculiar source during a two-week internship at INAF, Milan, in September 2017, as part of an initiative supported by the Italian Ministry of Education, University and Research.

The discovery was made as a result of the Exploring the X-ray Transient and variable Sky (EXTraS) project, a EU/FP7 project devoted to a systematic variability study of the X-ray sources in the XMM-Newton public archive.