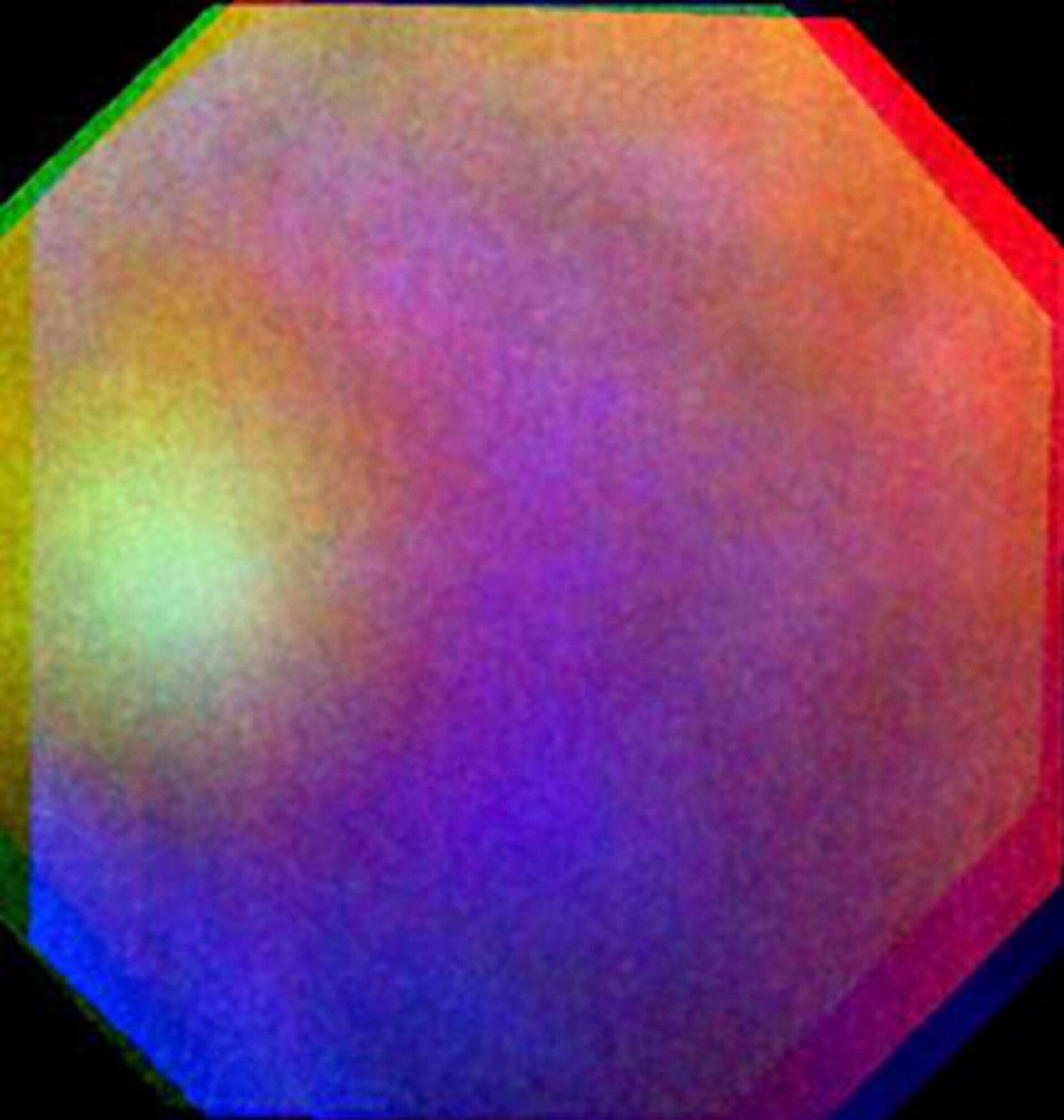 A rainbow-like feature known as a ‘glory’ has been seen by ESA’s Venus Express orbiter in the atmosphere of our nearest neighbour – the first time one has been fully imaged on another planet.

Rainbows and glories occur when sunlight shines on cloud droplets – water particles in the case of Earth. While rainbows arch across wide swathes of the sky, glories are typically much smaller and comprise a series of coloured concentric rings centred on a bright core.

Glories are only seen when the observer is situated directly between the Sun and the cloud particles that are reflecting sunlight. On Earth, they are often seen from aeroplanes, surrounding the shadow of the aircraft on the clouds below, or around the shadow of climbers atop misty mountain peaks.

A glory requires two characteristics: the cloud particles are spherical, and therefore most likely liquid droplets, and they are all of a similar size.

The atmosphere of Venus is thought to contain droplets rich in sulphuric acid. By imaging the clouds with the Sun directly behind the Venus Express spacecraft, scientists hoped to spot a glory in order to determine important characteristics of the cloud droplets.

From these observations, the cloud particles are estimated to be 1.2 micrometres across, roughly a fiftieth of the width of a human hair.

The fact that the glory is 1200 km wide means that the particles at the cloud tops are uniform on this scale at least.

The variations of brightness of the rings of the observed glory is different than that expected from clouds of only sulphuric acid mixed with water, suggesting that other chemistry may be at play.

One idea is that the cause is the “UV-absorber”, an unknown atmospheric component responsible for mysterious dark markings seen in the cloud tops of Venus at ultraviolet wavelengths. More investigation is needed to draw a firm conclusion.