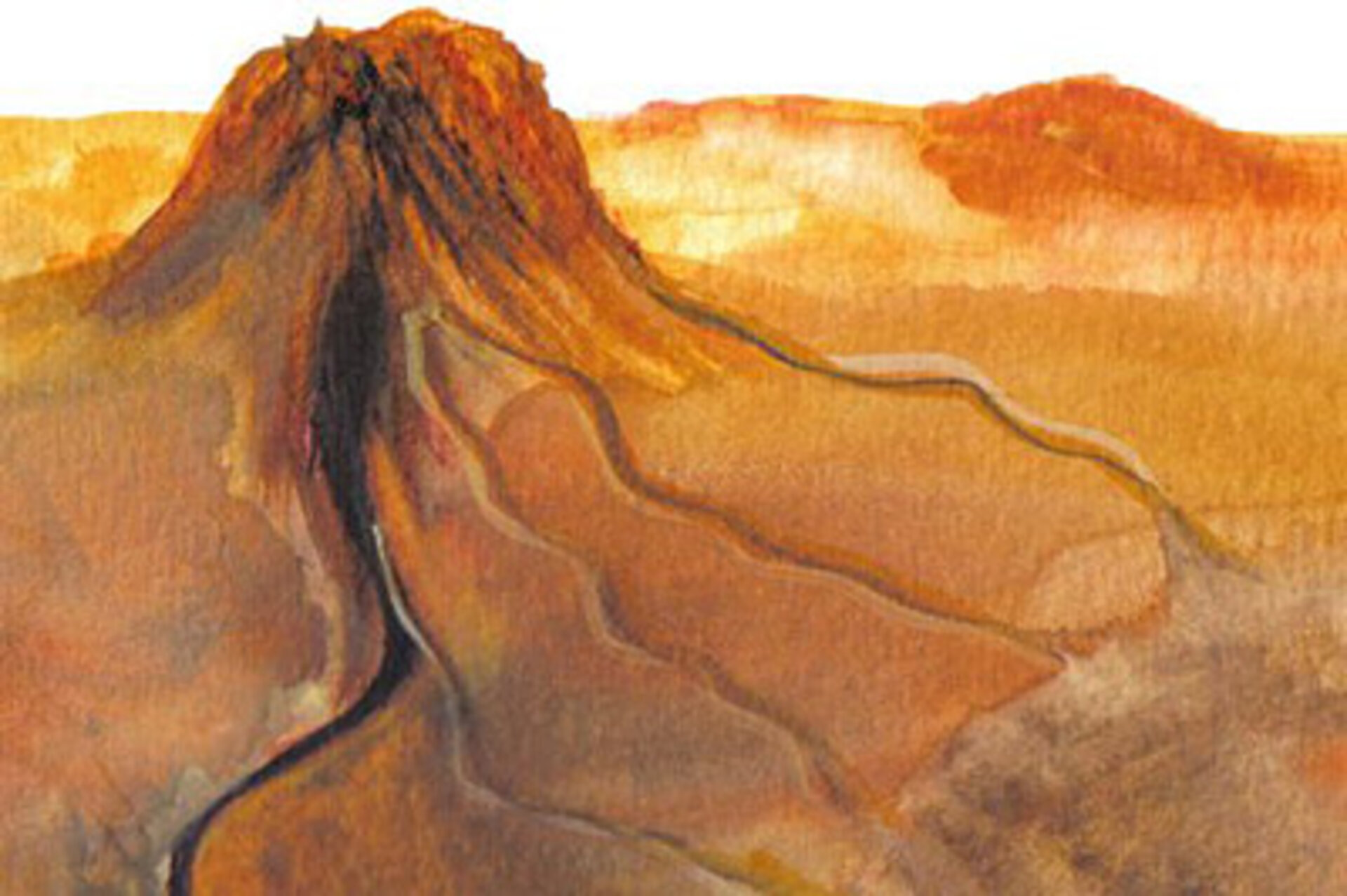 Venus, as the goddess of beauty, has been celebrated in art and myth for millennia. Now, The Planetary Society and ESA celebrate the imagined rugged beauty of the planet’s natural landscape with the winning entries in the 'Postcards from Venus' art contest in coordination with ESA’s Venus Express mission, en route toward a rendezvous with Venus on 11 April 2006.

Winners were selected in two age groups, youth and adult, with the Grand Prize winner being Tatianna Cwick, age 17, Cape Girardeau, Missouri, USA. Cwick has won a trip for herself and a guardian to the European Space Operations Centre (ESOC) in Darmstadt, Germany, when Venus Express arrives at its destination.

"The title of my artwork is Ominous Beauty," said Cwick. "I think this captures the essence of the planet Venus, with its threatening volcanic environment and unique splendour."

Cwick added that her father taught her most of what she knows about the planets, and that he suggested she enter the art contest because it 'could combine both of our interests – his love for space and my love for art.'

Yoo-Hong Sun, age 9, of South Korea was the first place winner in the youth category and Alejandra Gonzalez Quintana of Spain won first place for adults.

The Venus Express mission will be the first spacecraft in more than ten years to visit our nearest planetary neighbour. Shrouded under a dense haze, Venus is a world steeped in mystery. Often called our 'sister planet', Venus is nearly identical to Earth in size and mass, yet its surface temperature is hotter than a kitchen oven because the thick atmosphere traps the Sun's heat.

Instruments on board Venus Express will study the planet's atmosphere and what drives the planet's high-speed winds. An on board camera will capture images of the surface by peering through 'windows' in the enveloping haze.

The Venus Express Art Contest theme – 'Postcards from Venus' – invited contest entrants to imagine the surface of Venus from an above-ground perspective, a bird's eye view of a mysterious world whose volcano-riddled surface contains few impact craters. With a landscape that included mountain ranges, plains covered in lava-rock and volcanoes, the artists had a wide spectrum of imagery to present in their paintings.

The Planetary Society received hundreds of entries from more than 40 nations around the world, from Austria to Venezuela. Artists were asked to depict Venus in an artwork the size and shape of a postcard (approximately 10 by 15 centimetres).

Entries were reviewed by a panel of judges selected by The Planetary Society, who judged artwork by the articulation of the contest theme, creativity, and artistic merit. For submissions by artists younger than 18 years of age, the age of the artist was taken into consideration.

Venus researcher and renowned science author, David Grinspoon, was one of the judges of the art contest. Grinspoon commented, "I was just so impressed with the diversity and inventiveness of the artwork submitted. To me it bespeaks of a vast global awareness and excitement about imagining and exploring a neighbouring world that is so like our own in some ways and so completely alien in others."

A graphic artist employed by the European Space Agency will select artworks from among the entries for inclusion in a collage to be exhibited when Venus Express arrives at Venus.

Two months or more after the arrival of Venus Express, another judging panel will review the entries to select two Special Prizes. The Special Prizes (one Youth and one Adult) will be awarded for that artwork which most closely resembles a view of Venus returned from the Venus Express spacecraft.

All winners' artworks will be displayed at ESA's European Space Operations Centre during the Venus Express arrival at Venus, which will occur on 11 April 2006.