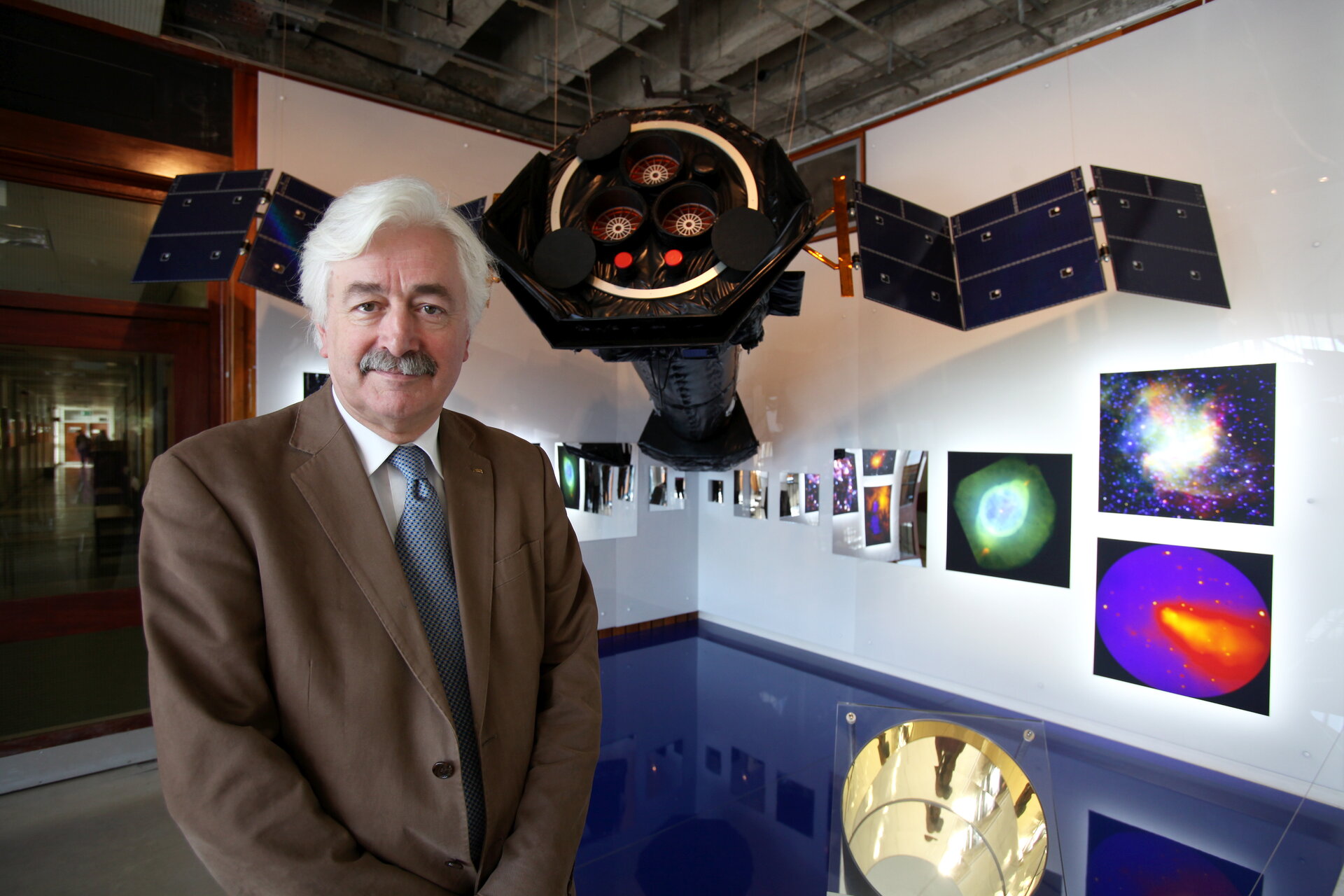 The Minister for Science, Technology and Innovation, Mr Conor Lenihan, TD, officially opened the INTEGRAL international conference in Dublin Castle on Monday 27 September 2010. He outlined how Ireland’s membership of ESA plays an important role in the country's efforts to succeed as a knowledge economy.

At the UCD hosted conference, the Minister highlighted the important contribution of Irish scientists and companies to the work of ESA, commenting that: “Ireland’s membership of the European Space Agency provides excellent opportunities for commercialisation of research outputs and in the last ten years has assisted over 50 Irish companies to secure ESA contracts worth over €60M.”

Minister Lenihan added, “The Government’s strategy, as implemented by Enterprise Ireland has encouraged a growing number of high technology companies emerging in this sector and developed a strong reputation in Europe for bringing highly advanced and innovative technologies to the space programme.”

For the past eight years, as part of ESA's Horizon 2000 Science Programme, INTEGRAL (the International Gamma-Ray Astrophysics Laboratory) has conducted scientific observations of the Universe from an orbit more than 60,000km above Earth. It is the first space observatory that can simultaneously observe objects in gamma rays, X-rays, and visible light.

Ireland has been a member of the ESA since 1975. The Irish companies that have secured contracts with ESA represent a range of industrial sectors including: ICT, materials, engineering, electronics, and optoelectronics. By developing technologies through ESA programmes, Irish industry can leverage direct commercial sales in aerospace and other worldwide markets.