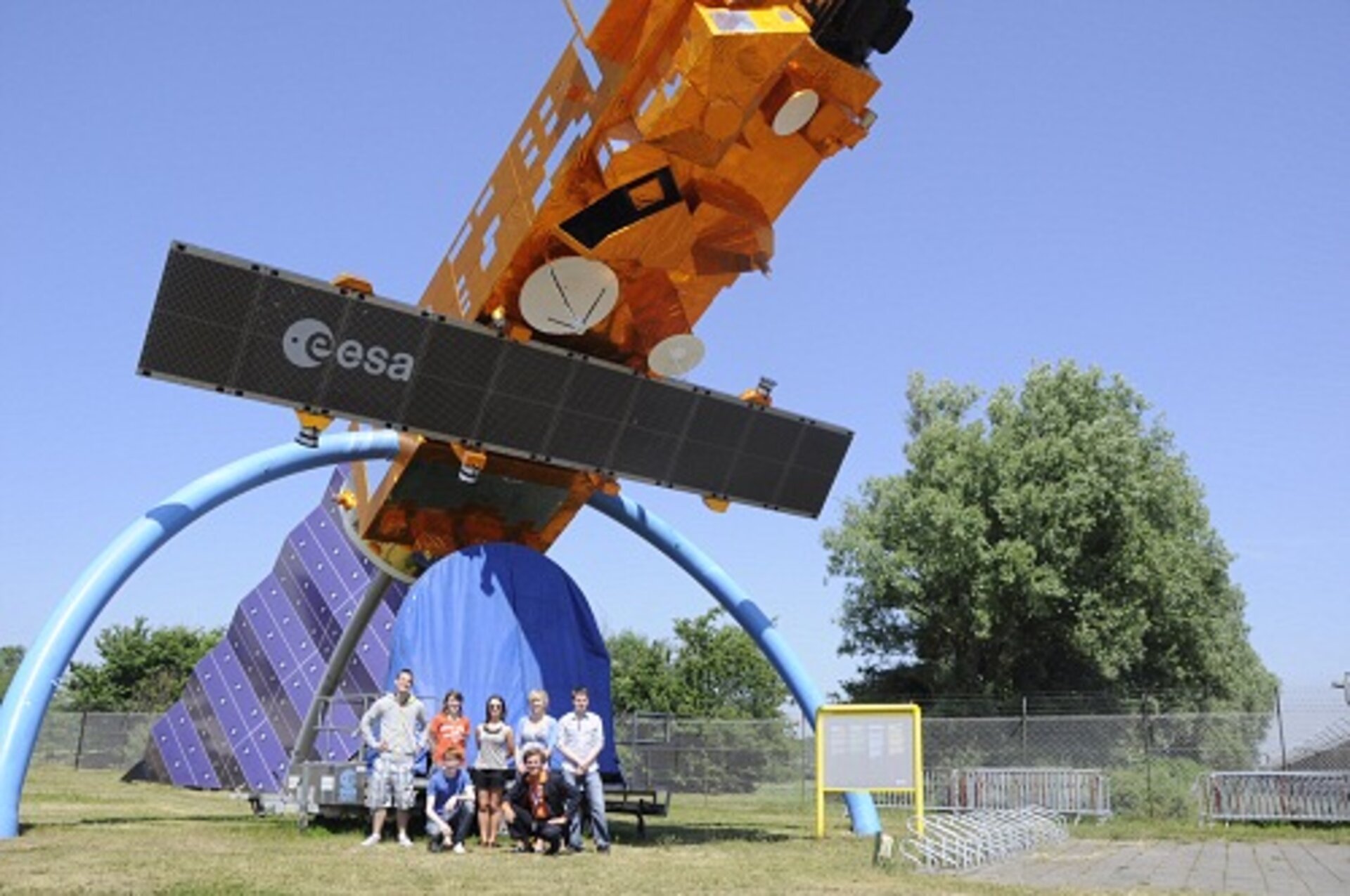 To promote Dublin City of Science 2012, six young Irish science ambassadors are travelling across Europe this summer on a specially commissioned science communications bus. They have just left Turin, the 2010 European City of Science, and are en route for Toulouse.

The concept of fitting out a double-decker bus and putting young science ambassadors on board to make a promotional tour for Dublin as City of Science in 2012 and host for the Euroscience Open Forum (ESOF) the same year, came from the Government's chief scientific adviser, Professor Patrick Cunningham.

A tour of ESTEC with an Irish flavour

The ambassadors hopped on board the purple science bus on 20 June. First stop: Liverpool, second: Brussels. They then headed further north to Amsterdam. After a visit to the Museum of Science and Technology (NEMO) in Amsterdam, the next stop was ESA's European Space Research and Technology Centre (ESTEC) in Noordwijk on 28 June where ESA engineer Dominic Doyle from Ireland took the young science ambassadors on a tour of the test centre.

During their visit to this unique facility, the group discovered the Large Space Simulator (LSS), Europe’s single largest vacuum chamber, the HYDRA, a large hydraulic shaker where spacecraft are shaken to simulate launch conditions and the Large European Acoustic Facility (LEAF) where spacecraft are tested to check they can withstand the severe acoustic vibrations they will encounter during launch.

"Dominic’s contagious enthusiasm throughout the guided tour was a clear sign of his commitment and love of his work at ESA," explains young science ambassador, Ellen Byrne. "He gave the group a glimpse of the challenges and the triumphs of working at ESA and how it feels when it gets to the testing stage. One can only imagine what it must feel like to spend 10 years working on a satellite and then one day to find it in the HYDRA!"

A word on Irish involvement

Dominic Doyle also gave the group a presentation of his work and highlighted the Irish involvement in the development of ESA satellites, Herschel and Planck, MetOP, Meteosat, Envisat and also Galileo.

"An inherent sense of pride came over all of us before we departed on our Dublin City of Science bus," says Ellen Byrne, "when we realised Ireland’s place in space. Through talented Irish engineers, ICT and communications personnel Ireland was playing a significant role in keeping Europe at the forefront of global space activities."

The bus continues its tour

Join the six Irish science ambassadors on their trail of discovery across Europe on www.dublinscience2012.ie and join the conversation at www.twitter.com/dubscience2012.