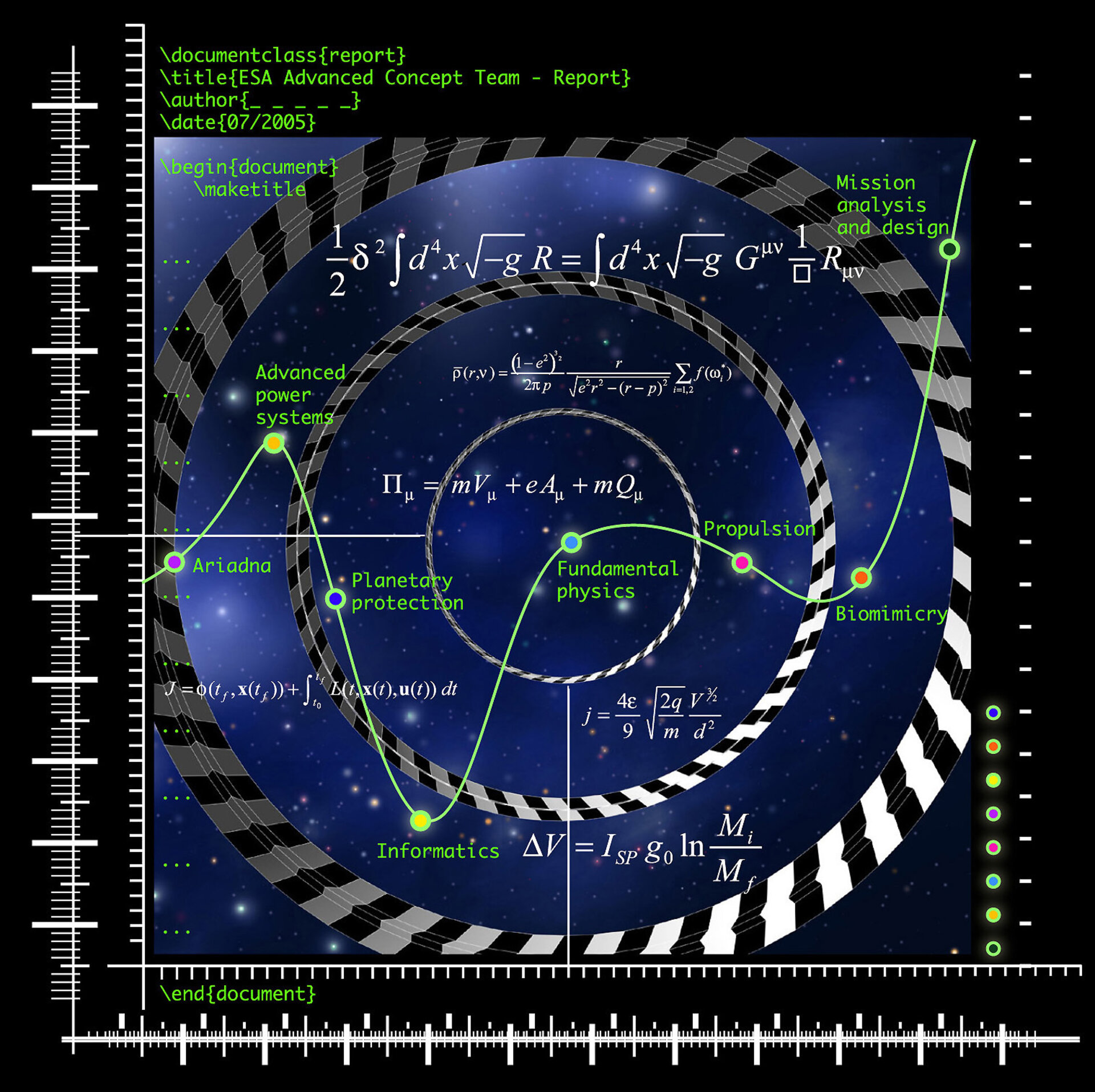 It is their job to look into the future and identify ideas which could enable missions that currently sound like science fiction.

From simple “what if?” ideas, the ACT evaluate what is and is not possible. For example, among many other proposals, they are currently investigating the feasibility of satellites to generate electricity from sunlight and beam it to Earth, systems for generating fuel from human waste, and robots that would move like tumbleweed across planetary surfaces.

The ACT was inaugurated in 2002 and is part of ESA’s General Studies Programme. It forms the essential interface between ESA and the academics, in universities around Europe, who are working on the kind of theoretical research that may one day have applications in space missions.

“There are many people out there in universities working on potential breakthroughs. Every day, it seems, someone proposes a new idea. We need to find the ideas that might help ESA in future,” says Andrés Gálvez, head of the ACT.

Sometimes the work in research groups is so theoretical that it might require several decades or more of technological development to make it practical. That would stop most space engineers from considering it. “Most people at ESA are very busy working on missions that have set launch dates, so they have no time to work on ideas that may be used on a mission thirty years in the future. That’s why there is the ACT to do these tasks,” says Gálvez.

To help determine which ideas are worth pursuing, the ACT run Ariadna, a scheme that allows academics to propose totally new ideas for study and tests for ideas that the team already have under investigation. In both cases, the resultant studies last between 2 and 6 months, providing a quick, expert evaluation of an idea. If it is found to have a fundamental flaw, it can be discounted straight away, without having drained too much time or money.

Ariadna is named after the daughter of King Minos who, in Greek mythology, gave Theseus the ball of thread that enabled him to find his way out of the labyrinth. The analogy is easy to see: the ACT provides the way for ESA to find the correct path through all the theoretical science that is generated in offices and laboratories around Europe.

The team is composed of young researchers, who each spend one or two years bringing energy and enthusiasm to the thinking. Among the projects they are currently working on are: the technological requirements of nuclear propulsion and missions it might lead to, such as a spacecraft to orbit Pluto; the extreme difficulty of building an antimatter engine; the best routes for interstellar spacecraft to take between stars; the possibility of nudging dangerous asteroids. Perhaps the most extreme example of work the group is doing is to look at the biology of hibernation in mammals and wonder whether such a state could be induced in humans on deep space voyages.

The final report on each study provides the General Studies Programme with a basis on which to select ideas for further investigation.