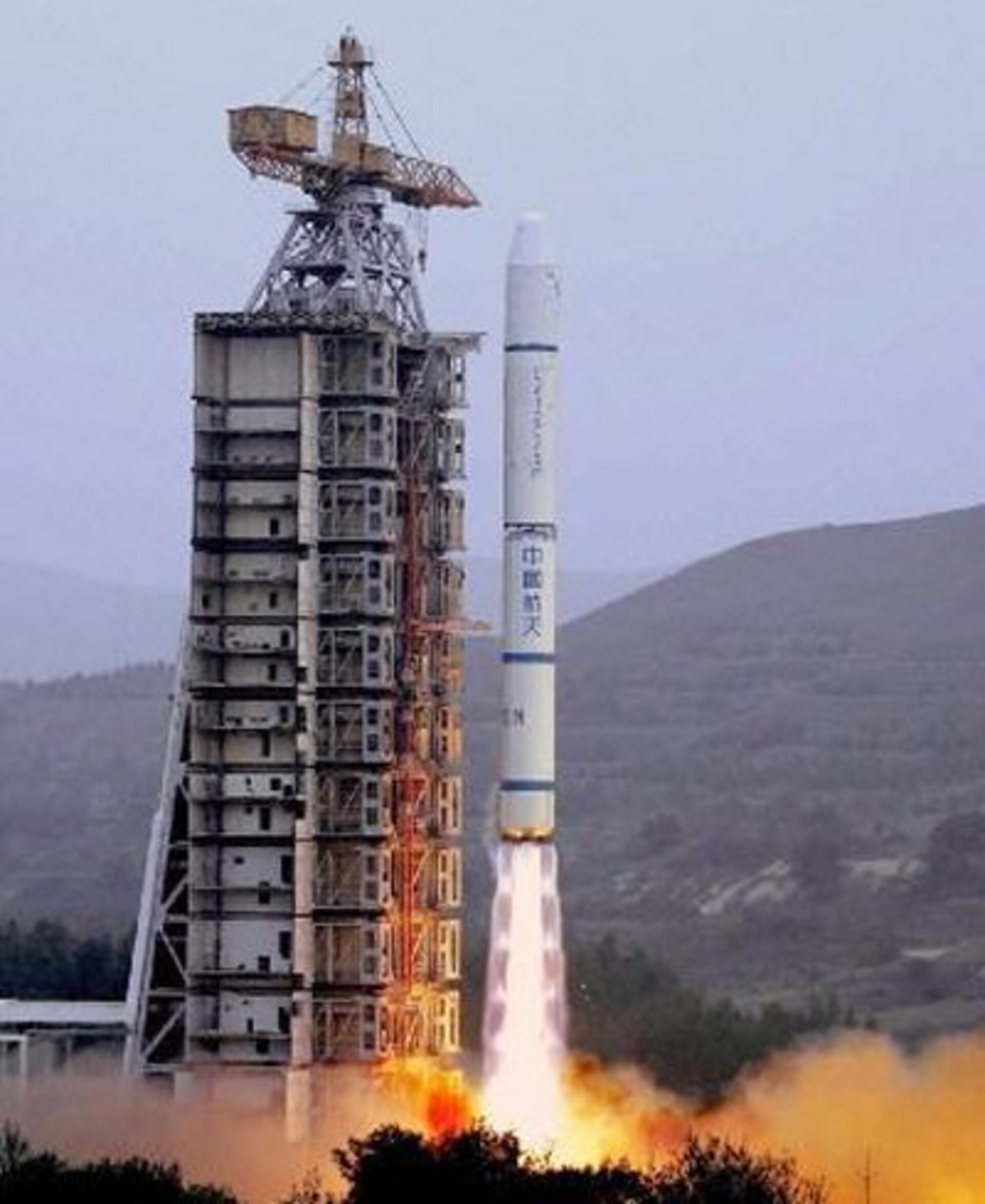 Tan Ce ("Explorer") 2 was launched from the Taiyuan spaceport west of Beijing (Zhangye province) using a Long March 2C rocket. The launch, initially scheduled for today 26 July, took place one day earlier in order to avoid adverse weather conditions expected in the days to come. The spacecraft will join Tan Ce 1, which was launched on 29 December 2003, to complete the Double Star configuration.

About 8 hours after launch the two solid booms holding the magnetometers were successfully deployed. In the next few weeks, all spacecraft sub-systems will be checked out and the commissioning of the on-board scientific instrument will follow.

Double Star will operate alongside ESA’s quartet of Cluster satellites to closely study the interaction between the solar wind and the Earth’s magnetic field. Together, these missions will provide the most detailed view to date. TC-1 is already returning a wealth of scientific data. Back in January, both missions tracked a coronal mass ejection from the Sun and gathered valuable data about the Earth's bow shock.

Tan Ce 2 reached its nominal orbit, with perigee at 682 km, apogee at 38279 km and inclination of 90.1 deg. The positions and orbit of the Double Star satellites have been carefully defined to enable exploration of the magnetosphere on a larger scale than is possible with Cluster alone. One example of this coordinated activity is the study of the substorms that produce aurorae.

The exact region where these emissions of brightness form is still unclear, but the simultaneous high-resolution measurements combined under these two missions are expected to provide an answer.

ESA is contributing eight scientific instruments to the mission, seven of which are Cluster-derived units.

These are the first ever European experiments to fly on a Chinese satellite. ESA will also be providing ground segment support, four hours each day, via its Villafranca satellite tracking station in Spain.

Scientific cooperation between China and ESA goes back quite a long way. A first Agreement signed back in 1980 facilitated the exchange of scientific information. Thirteen years later, the collaboration focused on a specific mission, Cluster, to study the Earth's magnetosphere.

Then, in 1997, came a big step forward. The CNSA invited ESA to participate in the Double Star dual-satellite mission to study the Earth’s magnetic field, from a perspective different but complementary to Cluster's. The Agreement to carry out this joint mission was signed on 9 July 2001 by ESA’s then Director General Antonio Rodotà and CNSA Administrator Luan Enjie.

For Professor David Southwood, ESA’s Science Programme Director: “Today’s successful launch marks the culmination of these joint efforts and a further important step forward in this historic collaboration between China and Europe.”

The Double Star position and orbits have been defined in relation to Cluster, which are located far away at about a third of the distance from the Moon. The duo are much closer to Earth. TC-1 in elliptical orbit (550 x 63 780 km) will operate for 18 months. TC-2 in polar orbit (700 x 39 000 km) will operate for 12 months. This allows an overlap period, the quartet's lifetime having been extended by three years to end-2005.

ESA is also contributing 8 million euros of funding to the programme. This covers the refurbishment, rebuilding and pre-integration of the European instruments, four hours per day data acquisition and the coordination of scientific operations.

This ESA mission comprises a quartet of satellites launched on two Russian rockets during summer 2000, now flying in formation around the Earth. They are relaying the most detailed ever information in 3D about the impact on Earth of the solar wind, that perpetual stream of subatomic particles given out by the Sun which can damage communication satellites and disrupt power supplies. Operations have been extended to end-2005.