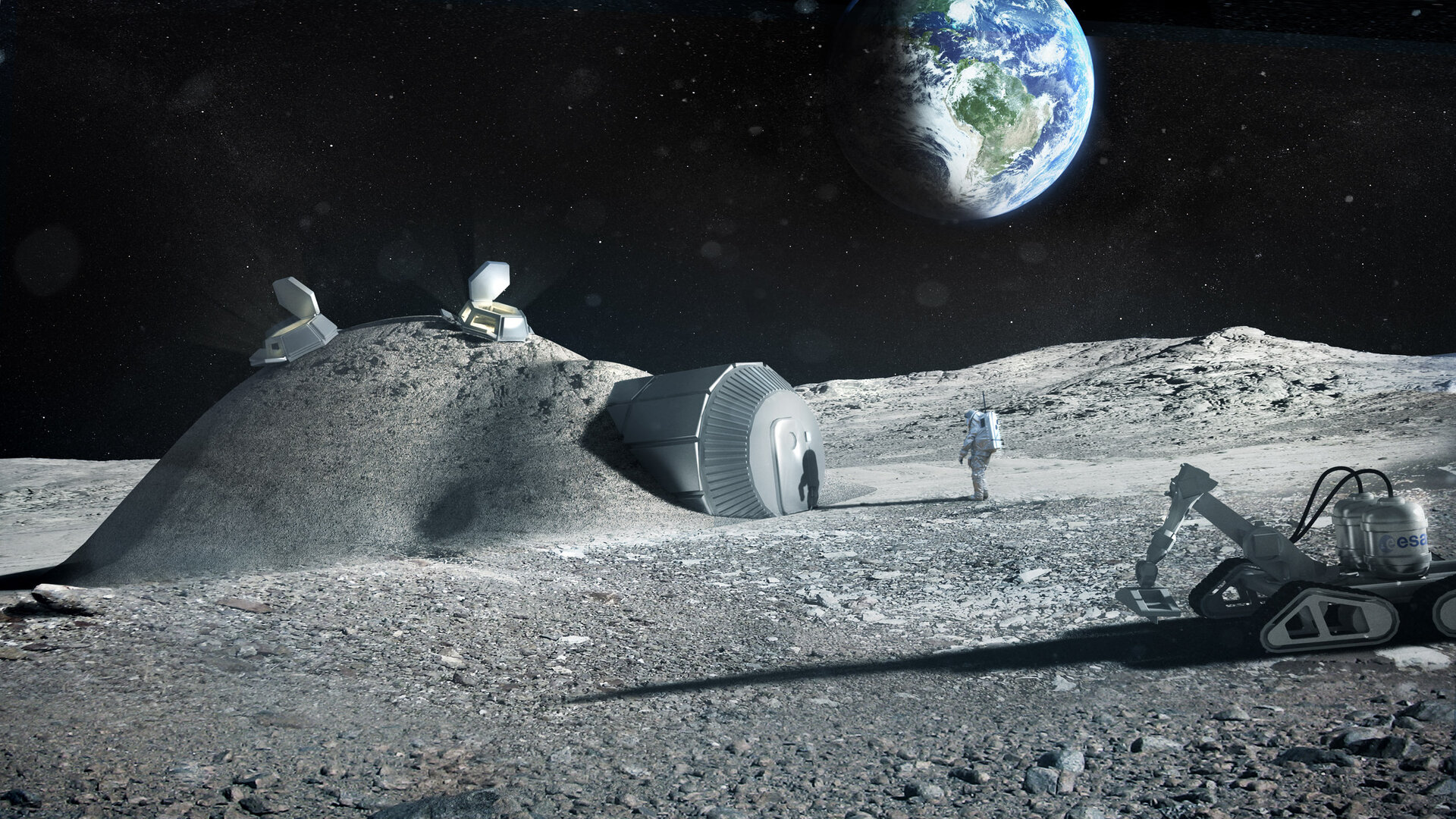 A building block made from simulated moon rocks is attracting visitors to the Science Museum in London.

The slab – which is on loan from the European Space Agency – was manufactured using a 3D printer.

Transporting materials into space is expensive and inconvenient. Building a moon base would be much easier if astronauts could use local materials.

So ESA commissioned tests on whether it would be possible to make building blocks using a substance similar to moon dust, which is composed mainly of silicon oxide mixed with aluminium, calcium and iron oxides.

Engineers sprayed a liquid binder onto a layer of simulated moon dust that reacted with it to form a solid material. By repeating the process layer by layer, they built up a three-dimensional brick.

The result was the brick that is now on display until mid-October.

These were created using a lithography-based ceramic manufacturing technique.

Ground and sieved down to particle size, the simulated lunar dust was mixed with a light-reacting binding agent, laid down layer-by-layer then hardened by exposing it to light.

The resulting parts were then baked in an oven to make them solid.

“If you are going for a long-term exploration mission on the moon, you will need to protect the astronauts and their equipment from radiation and vacuum of the lunar environment, from the temperature variations on the surface of the moon and from bombardment by micro meteorites. The most sustainable way is to build using local materials,” says Advenit Makaya, an advanced manufacturing engineer at ESA.

“Staying on the Moon for longer periods would enable astronauts to do scientific investigations. The moon is like a sister planetary body to Earth. It is a unique observation point, because you do not have the interference from activities on Earth such as radio waves, so you could use the far side of the moon for radio astronomy. And it’s a good training ground for Mars. You could get the astronauts used to staying longer and develop the technology to stay on Mars,” he says.