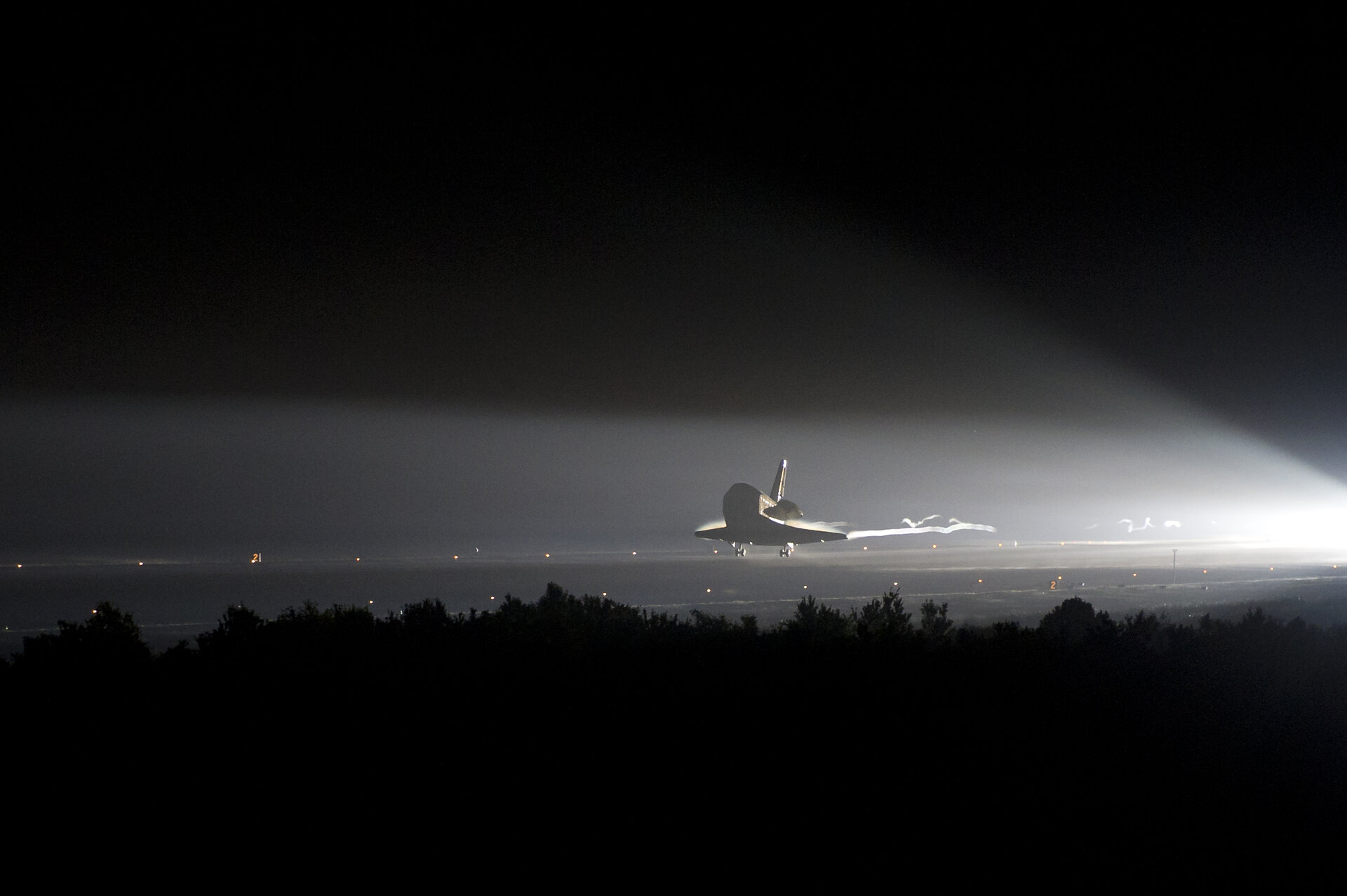 The wheels of Space Shuttle Endeavour touched down at NASA’s Kennedy Space Center in Florida this morning at 06:35 GMT (08:35 CEST) after a 16-day mission that added a pioneering experiment to the International Space Station.

Endeavour and its six-man crew, including ESA astronaut Roberto Vittori, began preparations on Sunday morning when they left the ISS and boarded again Endeavour for return to Earth. They started the deorbit sequence at 01:26 GMT (03:26 CEST) and fired the rockets four hours later to brake the Shuttle into its long descent towards the US east coast.

The total length of the mission was finally 15 days 19 hours 14 minutes, of which Endeavour spent almost 12 days docked to the International Space Station.

The mission also marked the first time that two Italians were together on the Space Station and it was also the last flight of a European aboard the Shuttle.

The mission’s main task was to install the AMS-02 Alpha Magnetic Spectrometer cosmic-ray detector on the Space Station that will hunt for antimatter and the mysterious ‘dark matter’.

Although AMS-02 is not a vital part of the Station, it is the last big payload to be lofted to the orbital complex by the Shuttle.

After this final flight of Endeavour, only one more flight of the spaceplane is planned. Atlantis will fly STS-135 with four astronauts in July to deliver spares and supplies to the Station to secure its capabilities in years to come and to provide a logistics backup until the commercial cargo providers will be available in 2012 – in addition to ESA’s ATV and Japan’s HTV unmanned cargo ships.

Station construction began in November 1998 with the launch of Russia’s Zarya module. Assembly was significantly delayed because of the tragic loss of Shuttle Columbia, which also resulted in the decision to retire the fleet after completion of the Station.

One more pressurised module will be attached to the Station, in 2012: Russia’s Nauka Multipurpose Laboratory Module is as big as Zarya and Zvezda. It will be installed on the Earth-facing docking port of the Zvezda module.

The European Robotic Arm (ERA), attached to Nauka, will be launched on the same Proton rocket, adding to ESA’s contribution to the complex and boosting robotic operations on the Station’s Russian segment.

ATV Johannes Kepler, now attached to Zvezda, will separate and reenter in late June after an extended mission.

ATV Edoardo Amaldi will be launched in March 2012 and be welcomed by ESA astronaut André Kuipers. He will be launched next November on Soyuz TMA-03M for a six-month mission as part of Expedition 30.

Next up for Europe will be Luca Parmitano, the first from ESA’s 2010 astronaut group to be assigned a mission. He is now in training for his Soyuz launch in December 2013.