Welcome back to Earth, Tim Peake! 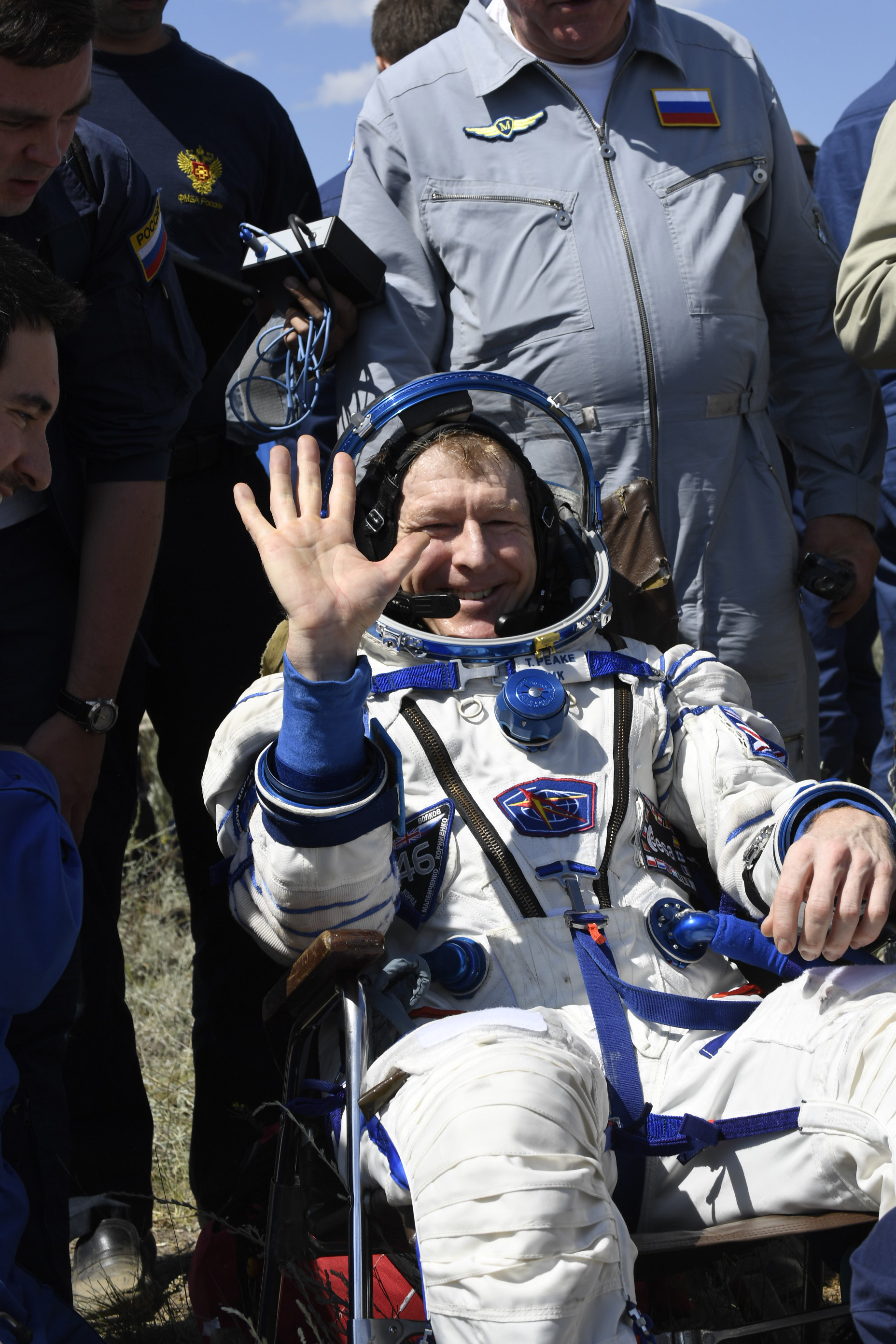 British ESA astronaut Tim Peake has safely returned to Earth after his mission to the International Space Station!

Tim Peake’s return journey began early on Saturday 18 June when he, along with his crewmates Tim Kopra and Yuri Malenchenko, boarded a Soyuz spacecraft that was attached to the International Space Station (ISS for short). The Soyuz then separated from the ISS and the space explorers headed toward Earth!

Parachutes helped to slow the Soyuz’s fall to the ground, and special rockets fired moments before landing to slow it even more. Inside, Tim Peake and his crewmates were securely strapped into special moulded seats with powerful springs to help make the bumpy landing as comfortable as possible. They had made it back to Earth!

Tim Peake spent six months living and working onboard the ISS. His mission was called Principia, and it involved Tim taking part in lots of different experiments. His lungs and sleeping patterns were studied to see how people adapt to life without normal daylight. And careful track was kept of all the food that he ate, to see how much energy future astronauts may need if they venture further from Earth. Tim even took part in a spacewalk, and helped to dock two spacecraft.

When Tim wasn’t working on his experiments he enjoyed taking photos of Earth and posting them on social media. He also used a treadmill to run along with the London Marathon!

Three astronauts are still onboard the ISS, looking after the Station and running experiments. On 7 July three more astronauts will be sent up, bringing the crew to a full six.

Cool fact:Tim’s journey from the ISS back to Earth took three hours.