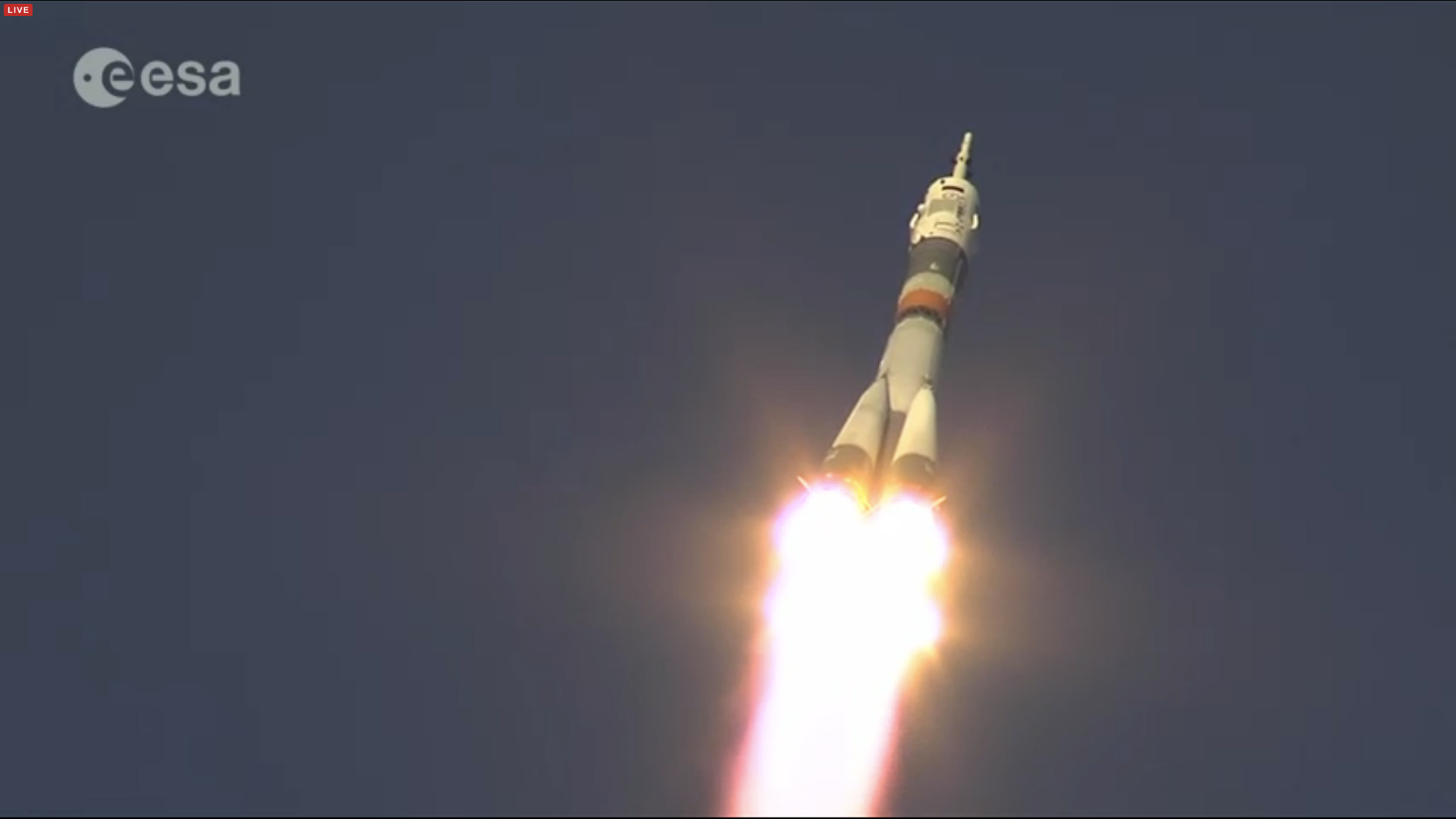 They blasted off from Earth earlier today, and after an exciting six hour journey their Soyuz spacecraft docked with the International Space Station (ISS for short). The astronauts and cosmonaut then carefully checked that the connection between their Soyuz and the ISS was completely airtight before opening the hatch and climbing on board! Ready to give them a warm welcome were three space explorers already on the ISS: Russian cosmonauts Mikhail Korniyenko and Oleg Kononenko, and NASA astronaut Scott Kelly.

This is the start of British astronaut Tim Peake’s six-month stay on the ISS. His mission is called Principia. Tim will be working on lots of experiments, including growing crystals in space and seeing how the human brain changes to deal with stressful situations. These experiments will help people on Earth, and also improve technology for future astronauts.

Tim hopes that his Principia mission will inspire children to discover more about space. A 13 year-old designed the Principia mission logo, and school pupils have even made apps to gather data from on board the ISS!

This has been a fantastic year for ESA astronauts visiting the ISS. Samantha Cristoforett returned to Earth in June after spending an incredible 199 days in space, while Andreas Mogensen enjoyed a very busy 10-day visit in September.

Tim and his fellow crew members now have a few days to get used to weightlessness before their work schedule begins!

Cool fact: a special website has been made where you can follow Tim and his Principia mission: timpeake.esa.int