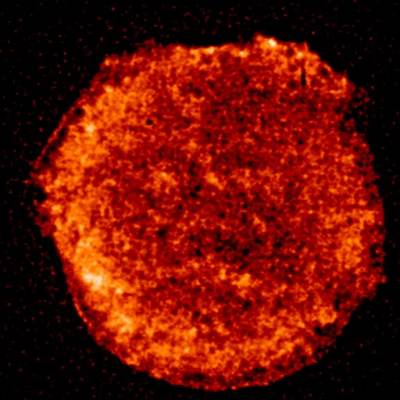 Supernova 1987a as seen by Hubble

The Sun is a star. Like most stars, the Sun is a ball of very hot gas that gives off huge amounts of light, heat and other radiation. This radiation is produced by nuclear reactions in the core. It is like millions of hydrogen bombs exploding every second.

Stars come in many sizes. The Sun is medium-sized. It burns its hydrogen fuel fairly slowly, so it can keep shining for 10 billion years. Some stars are much bigger and hotter than the Sun. The red supergiant Antares is 800 times wider than the Sun. If it was at the centre of our Solar System, it would swallow up all of the inner planets, including Earth. Like gas guzzler cars, these supergiants use all of their hydrogen and helium fuel very quickly. After perhaps 500 million years, they die in a supernova explosion.

The coolest, slowest burning stars are red dwarfs. These can survive for more than 10 trillion (10 000 billion) years. Even cooler and smaller are brown dwarfs. These are 'failed stars'. They are so cool – sometimes only a few hundred degrees at the surface - that their nuclear furnaces never start to burn.