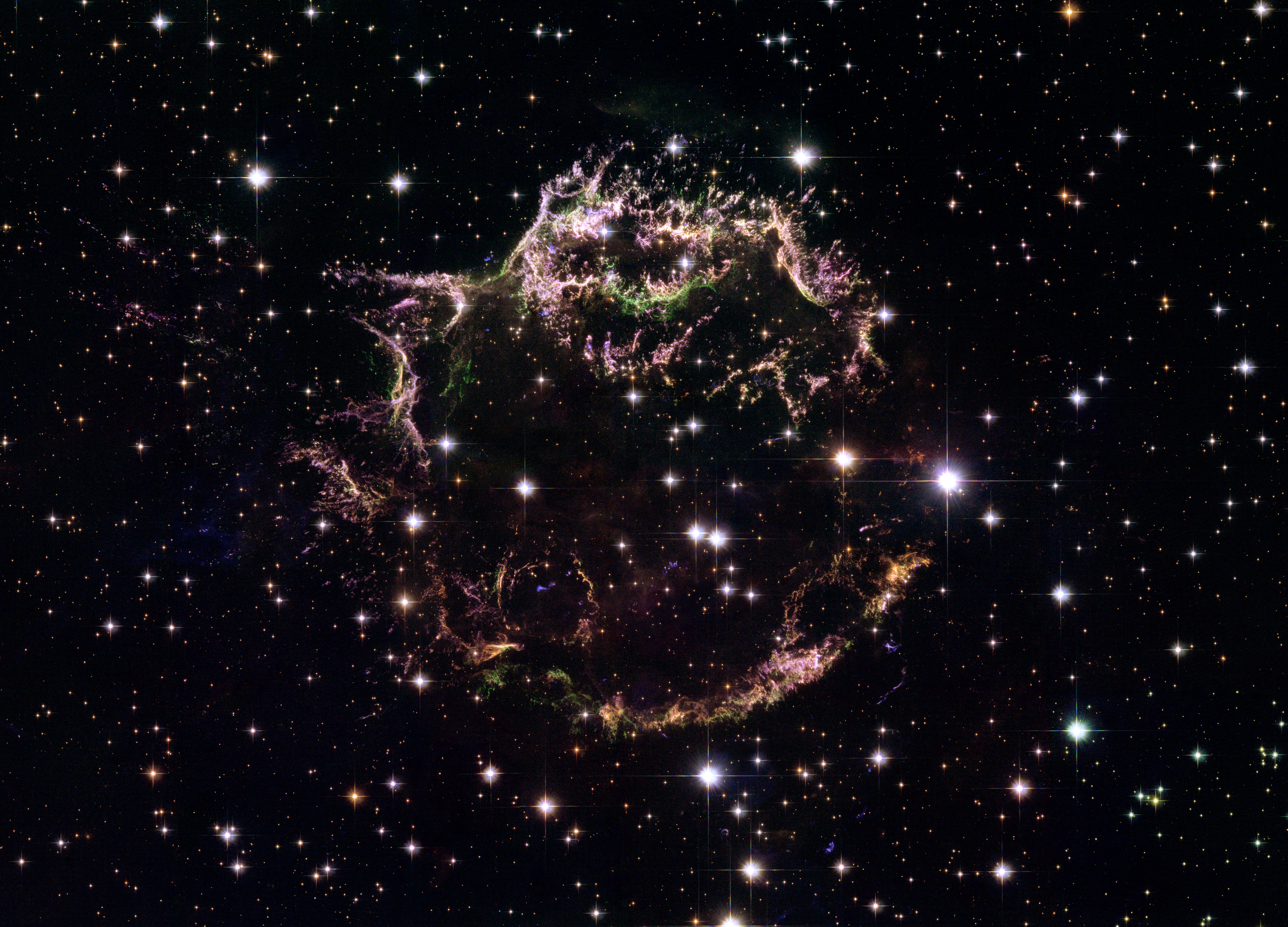 Every now and again our Milky Way galaxy is lit up by a huge explosion. Known as a supernova, this violent event marks the death of a supergiant – a heavyweight star which is many times bigger than the Sun. One of the last supernovas in the Milky Way took place about 340 years ago in the constellation of Cassiopeia, so it is known as Cassiopeia A (Cas A).

Cas A is located ten thousand light-years from Earth. Observatories such as the NASA-ESA Hubble Space Telescope have made detailed studies of the left-over cloud of glowing gas and dust. 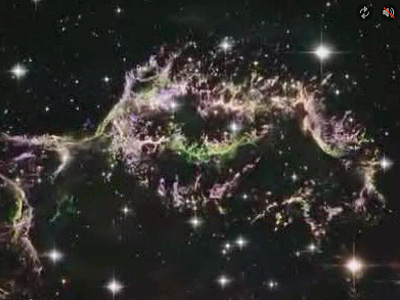 Zooming on Cassiopeia A

The images show a shredded ring of material that is moving rapidly away from the site of the explosion. Some of the material is moving at about 50 million km per hour (fast enough to travel from Earth to the Moon in 30 seconds!). The huge swirls of debris are glowing because they have been heated by the shock wave from the supernova as it passed by.

There are several types of supernova explosions. Cas A blew up when a small star, known as a white dwarf, pulled a lot of material from a nearby star. As the gas built up, the white dwarf became so hot and active that it exploded. Other supernovas occur when massive stars run out of nuclear fuel in their cores. Unable to give out any more energy, the core collapses, destroying the star.

Supernovas are important because they spread star material across the galaxy. Almost everything on Earth (including us!) is made of elements (such as carbon and iron) that came from this stardust.