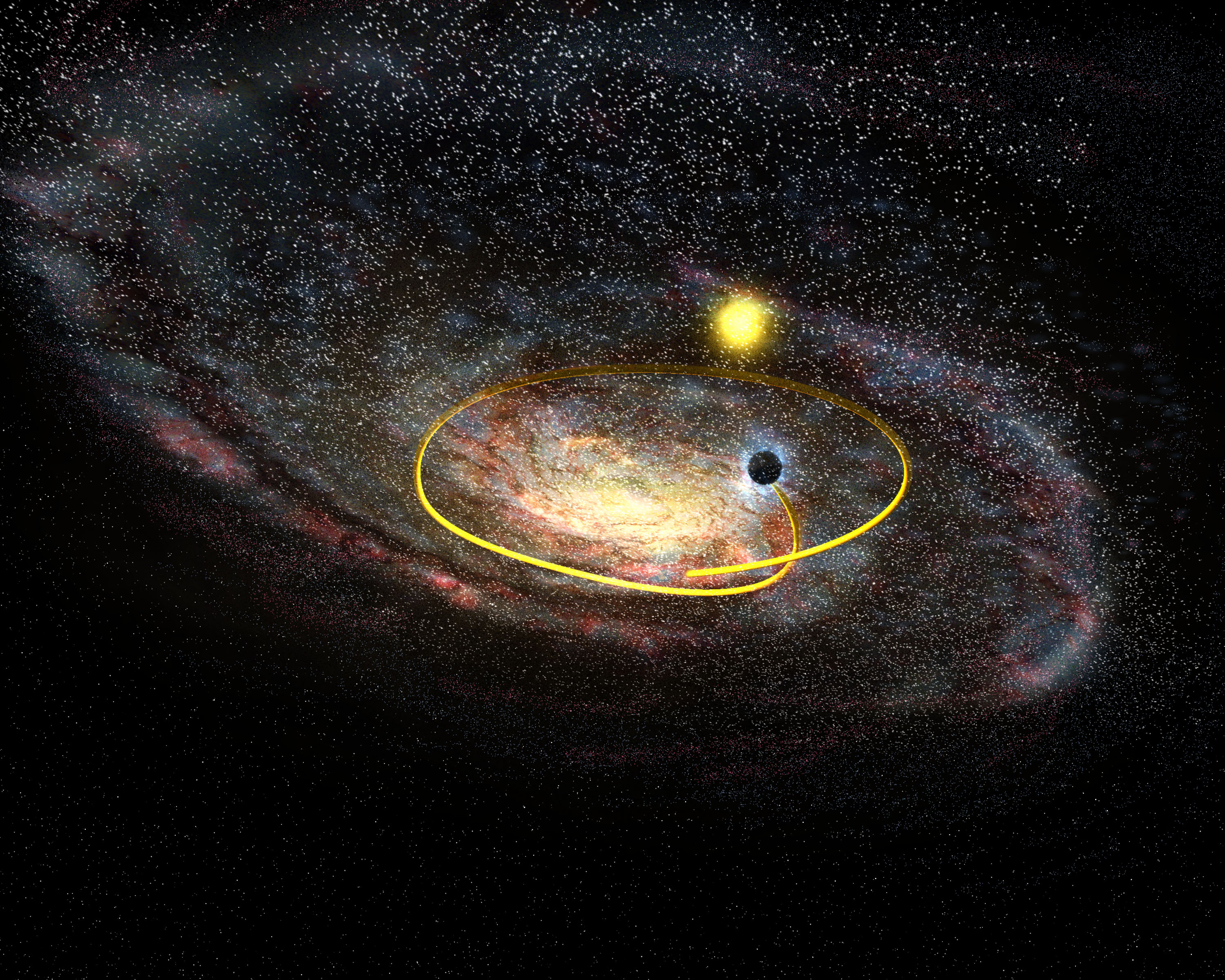 GRO JI655-40, a black hole hurtles across the plane of the Milky Way

We live in one of the arms of a large spiral galaxy called the Milky Way. The Sun and its planets (including Earth) lie in this quiet part of the galaxy, about half way out from the centre.

The Milky Way is shaped like a huge whirlpool that rotates once every 200 million years. It is made up of at least 100 billion stars, as well as dust and gas. It is so big that light takes
100 000 years to cross from one side to the other.

The centre of the Galaxy is very hard to see because clouds of gas and dust block our view. Scientists think that it contains a supermassive black hole that swallows anything passing too close.

Outside the main spiral are about 200 ball-shaped clusters of stars. Each 'globular cluster' is very old and contains up to one million stars. The Milky Way belongs to a cluster of at least 40 galaxies. The so-called Local Group has two large spiral galaxies – the Milky Way and Andromeda.

The others are much smaller. They include two galaxies that can be seen with the naked eye from countries south of the equator. The galaxies are called the Magellanic Clouds, after the Portuguese explorer Ferdinand Magellan.