The birth of galaxies 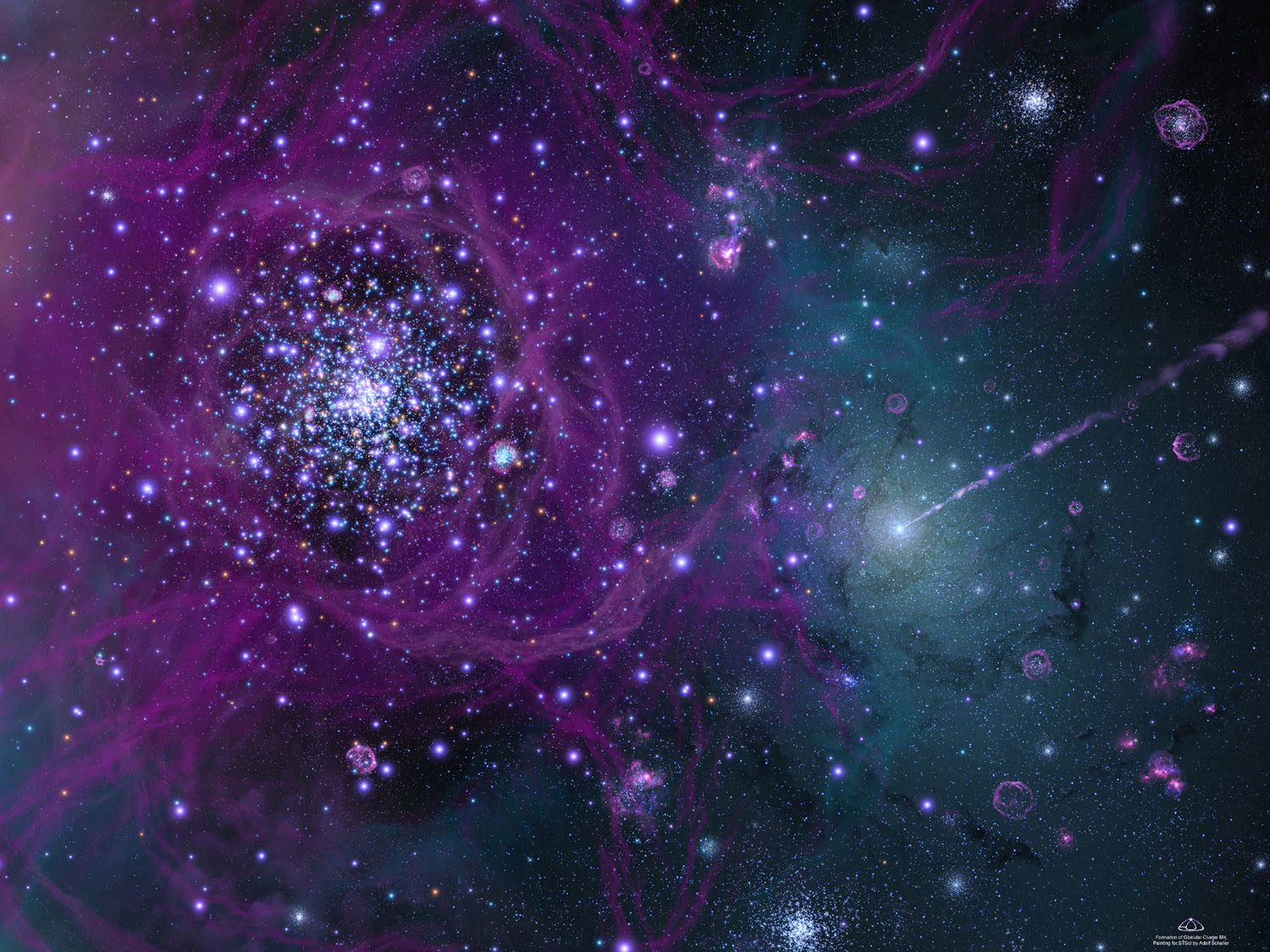 Artist's impression of the birth of our Galaxy

We cannot see anything that happened during the first 300  000 years of the Universe. Scientists try to work it out from their knowledge of atomic particles and from computer models.

The only direct evidence of the Big Bang itself is a faint glow in space. Spacecraft and telescopes on balloons see this as a patchy pattern of slightly warmer and cooler gas all around us. These ripples also show where the hydrogen clouds were slightly denser.

As millions of years passed, the dense areas pulled in material because they had more gravity. Finally, about 100 million years after the Big Bang, the gas became hot and dense enough for the first stars to form.

New stars were being born at a rate 10 times higher than in the present-day Universe. Large clusters of stars soon became the first galaxies. 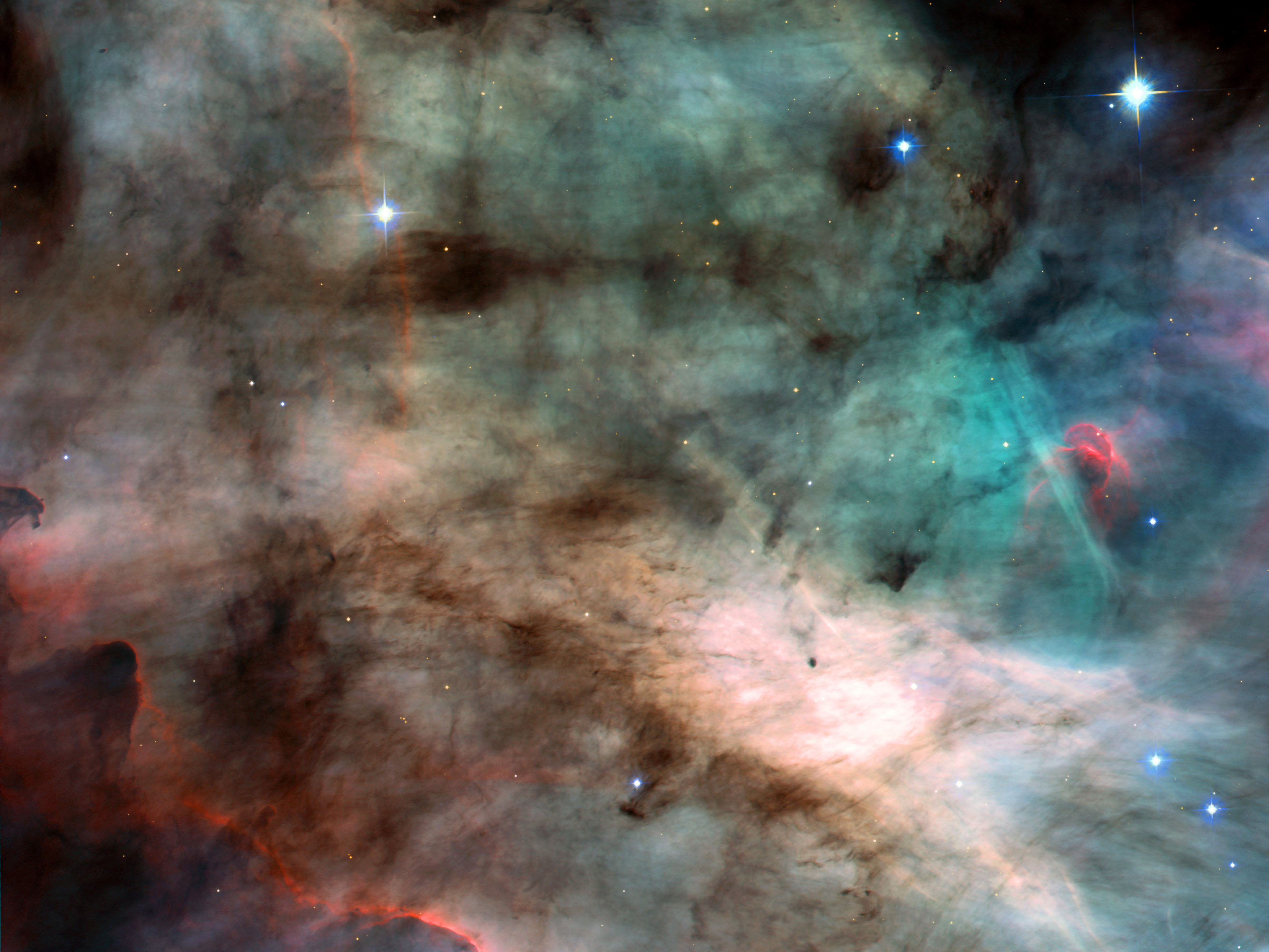 The Hubble Space Telescope and powerful ground-based telescopes are now beginning to find galaxies that were created about one billion years after the Big Bang. These small galaxies were much closer together than galaxies are today. Collisions were common. Like two flames moving towards each other, they merged into bigger galaxies. Our Milky Way galaxy came together in this way.