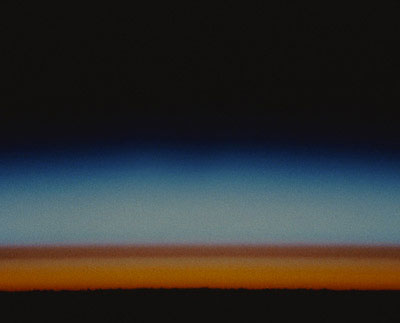 In space, no one can hear you scream. This is because there is no air in space – it is a vacuum. Sound waves cannot travel through a vacuum.

'Outer space' begins about 100 km above the Earth, where the shell of air around our planet disappears. With no air to scatter sunlight and produce a blue sky, space appears as a black blanket dotted with stars.

Space is usually regarded as being completely empty. But this is not true. The vast gaps between the stars and planets are filled with huge amounts of thinly spread gas and dust. Even the emptiest parts of space contain at least a few hundred atoms or molecules per cubic metre.

Space is also filled with many forms of radiation that are dangerous to astronauts. Much of this infrared and ultraviolet radiation comes from the Sun. High energy X-rays, gamma rays and cosmic rays – particles travelling close to the speed of light – arrive from distant star systems.