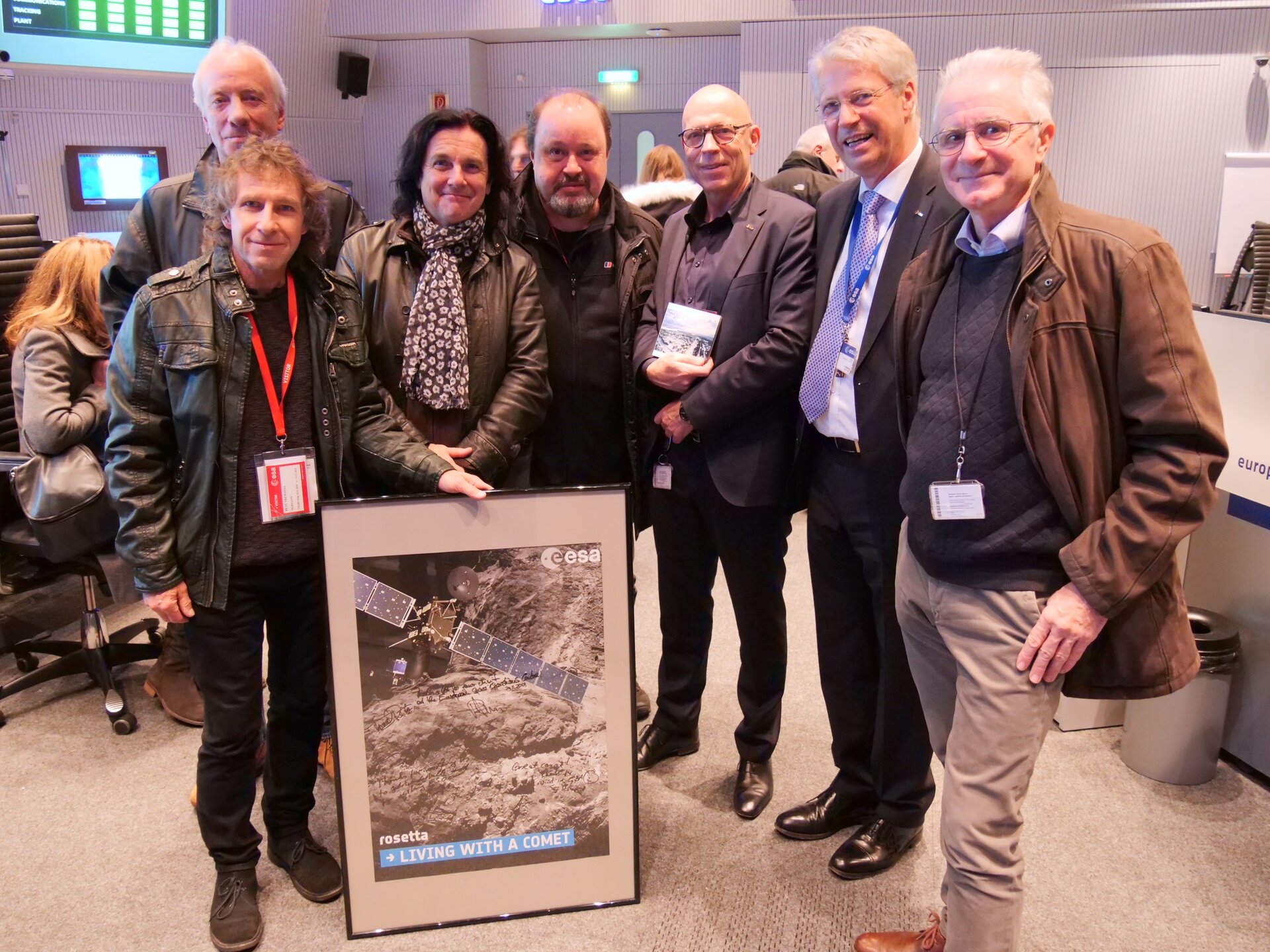 Called the European Space Operations Centre (ESOC), this facility serves as ESA’s main mission control centre, operating of satellites on behalf of ESA and the launch and early orbit phases of ESA and third-party satellite missions.

ESOC is home to the engineering teams that control spacecraft in orbit, manage our global tracking station network, and design and build the systems on the ground that support missions in space. Since 1967, more than 80 satellites belonging to ESA and its partners have been successfully flown from ESOC.

The band and their tour team were invited to ESOC by ESA astronaut Thomas Reiter after he met lead singer Steve ‘H’ Hogarth and guitarist Steve Rothery during the ‘Space Rocks’ event at ESA’s Open Day in the Netherlands earlier this year.

On this visit, Head of ESOC and Director of Operations Rolf Densing hosted the group, while Paolo Ferri, Head of ESOC Operations Department, was showing the band among other things the main control room from where pioneering missions such as Rosetta and Huygens were controlled, as well as current missions, such as Mars Express, ExoMars, Gaia, XMM-Newton, CryoSat and Swarm.

The band members themselves are very interested in science and exploration, in particular space, and inspiration from these topics often shows up in their lyrics. Marillion have been friends of ESA since 2011, when they helped to promote Dutch ESA astronaut André Kuipers’ mission. More recently they worked on British ESA astronaut Tim Peake’s ‘Spacerocks’ Twitter campaign.