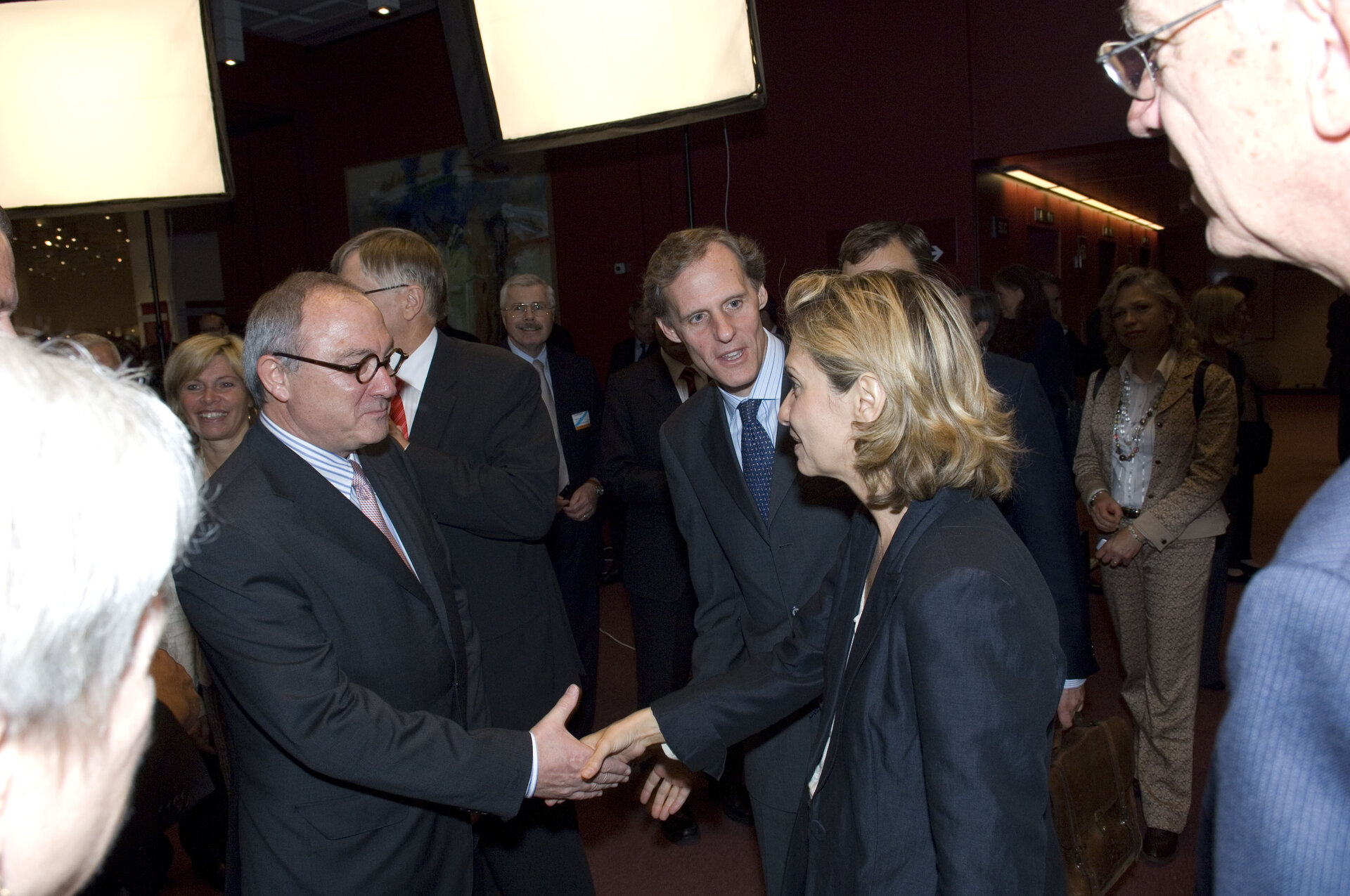 ESA PR 21-2007. A stronger Europe in space, better equipped and better coordinated to face the future needs of its citizens. A wider strategic scope to address new challenges, including the areas of security and defence space programmes, and space as an added dimension to the EU’s external relations.

All this in a novel policy designed to fit European interests and values. Ministers in charge of space activities in ESA's Member States, and those tasked with internal market, industry and research within the European Union’s Competitiveness Council, met in Brussels today to adopt a Resolution on the European Space Policy.

Jointly drafted by the European Commission and ESA's Director General, the European Space Policy outlines the strategic guidelines for Europe’s future activities in space. Through this document, the European Union, ESA and their Member States commit themselves to increasing coordination of their activities and programmes and to organising their respective roles relating to space.

The European Space Policy comes with the preliminary elements of a European Space Programme, which is a planning and strategic tool comprising all of Europe’s major space activities. The Programme supports the optimisation of public resources and skills when deciding and implementing the Space Policy.

The European Space Policy aims at fostering better coordination of space activities between the EU, ESA and their respective Member States, to maximise value for money and avoid unsustainable duplication, thus meeting shared European needs. Increased synergy between civil and defence space programmes and technologies is also addressed by the ESP.

The new policy calls for ensuring sustainable funding for space applications, in particular the flagship initiative Global Monitoring for Environment and Security (GMES). It also recognises that space is a high value-adding sector, a driver for growth, innovation and employment and a valuable opportunity provider for European industry.

Moreover, the European Space Policy supports the EU's external relations, insofar as the EU, ESA and their Member States will put in place a coordination mechanism to develop a joint strategy for international relations regarding space activities.

Minister Van Der Hoeven commented: ”The adoption of the European Space Policy is a major step forward for space policy in Europe and marks the progress achieved since the first Space Council held during the Dutch EU Presidency in 2004. The ESP provides a strong incentive for better coordination and cooperation in Europe and thus for more value for our public Euros, and will contribute to strengthening the global role of Europe in the space domain through a joint international cooperation strategy.”

Commission Vice-President Günter Verheugen said: "Without the European Space Policy, Europe could become irrelevant. With this Resolution on the European Space Policy, we intend to live up to Europe's global leadership aspirations in important industrial and research areas, which will provide growth and jobs for the future. Moreover, space has always been a source of inspiration which helps people to think outside and beyond the limits and to innovate. Today's proposal marks a milestone, to ensure that Europe does not miss out on the important opportunities that space technology offers."

ESA’s Director General, Jean-Jacques Dordain, said, “Today, the EU, ESA and their Member states have teamed up to stretch even further the boundaries of space to new countries, to new fields of applications and to new ambitions. Such ambitions are firmly rooted in forty years of success in space, in particular thanks to the continuous investment by ESA Member States, and will be based on solid cooperation between the European Community and ESA. The consensus of 29 Countries of Europe supporting this European Space Policy is the strongest message that Europe could send to its citizens and its international partners.”

The European Community and ESA have for a long time shared a common aim: strengthen Europe and benefit its citizens. The two organisations are linked by a strong and ever-growing relationship, and a Framework Agreement establishing the legal basis for their cooperation came into force in May 2004 . That Agreement provides a solid basis for the mutually fruitful relationship of the two organisations.

Thanks to the European Space Policy, Europe can now fully use space in support of its global policies and thus strengthen its position as a truly global actor.

* The Space Council is the joint and concomitant meeting of the EU Council and of the ESA Council at Ministerial Level, as defined in the Framework Agreement between the European Community and ESA which entered into force in May 2004. It met for the first time in November 2004 and twice in 2005.