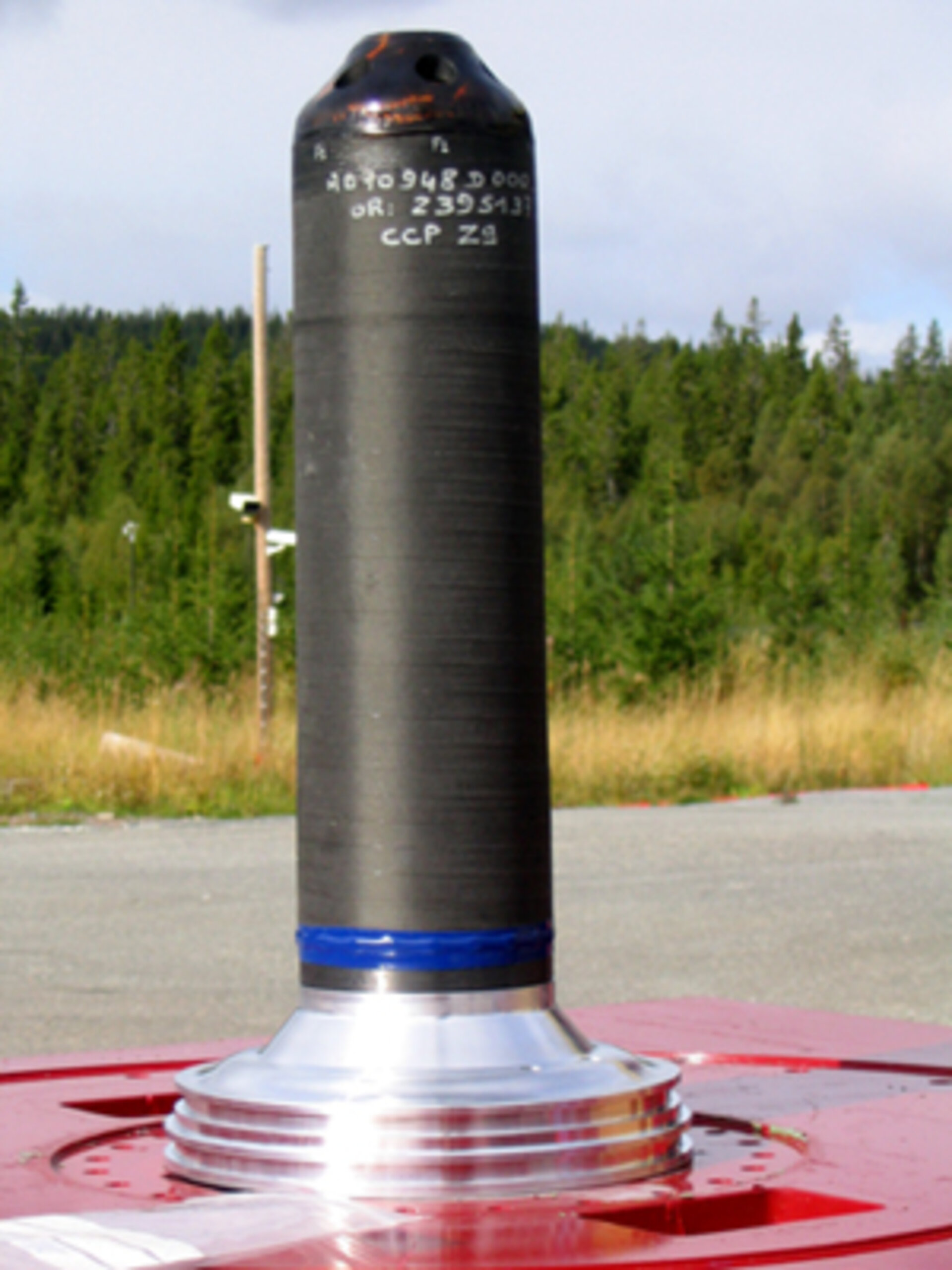 After several months of preparation in the Netherlands plant of Aerospace Propulsion Products B.V. (APP) the second set of so-called ‘Battleship’ tests of the igniters has been carried out at the NAMMO explosives test range in the far north of Norway on 15 September. All the objectives of the test were fully met and development can go on to the next step.

Altogether seven ESA Member States are involved in the Vega Programme, with Italy, the largest contributor, playing a major role. The objective is to build a small single body launcher with three solid propulsion stages - P80, Zefiro 23 and Zefiro 9 - and an upper stage – the AVUM - powered by liquid propulsion.

Vega, 30 m tall and with a diameter of 3 m, will be able to place a 1.5 tonne payload into polar orbit. Once launched in 2007 this ‘small’ size launcher will be the perfect complement to the large Ariane 5 and the medium-class Soyuz that is due to start operating from Europe’s Spaceport in 2007.

The P80 first solid propulsion stage is the result of a specific development programme. Not only Vega, but also the Ariane-5 programme will benefit from this new technology for its future versions. The other two solid rocket motors, Z23 and Z9, are conceived to take reciprocal advantage of the commonalities and synergies with P80 development activities and production plants. This innovative cycle of experience, resulting in added value, is a cornerstone of the Launchers’ Programme and ensures long-term development and progress.

The igniter is the element of a solid propellant motor that, after receiving a specific command from the onboard computer of the launcher ignites the motor, starting its firing phase. It is a very important and delicate component. On ignition of the P80 VEGA first stage, the launcher takes off.

The igniters of the three solid rocket motors are all based on the same design principle, having a first small pyrotechnic stage and a larger main charge. A new technology is applied for the casings of the main igniters. These casings will be made of a consumable composite structure, intended to be (partially) consumed during motor functioning.

All three igniters for the three Vega’s solid propulsion stages – P80, Zefiro 23 and Zefiro 9 - are developed by Stork Co. APP, partially owned by Stork, specialises in the development and production of ignition systems and gas generators. Within the VEGA programme APP is responsible for the development, qualification and production of the igniters of the three solid rocket motors.

The so-called ‘Battleship’ test is an ambient atmosphere test where the complete igniter is fired. The object of the test is to verify in safe conditions the correct functioning of the complete igniter and its ignition chain, as well as to measure and verify the most important functional parameters, like pressure curve inside the igniter case, the gas flow ejected from the exit nozzles, the nozzles erosion, etc.

The Development Plan of the Vega igniters includes takes advantage of the commonalities and similarities of the three motors and the resulting similarity of the igniters, allowing a reduced test matrix with a limited number of tests.

The next step, according to the igniter development plan, will be the firing test of the igniters (P80, Z23, Z9) which have been submitted to ageing and environmental tests. This will verify and validate both the performances and their reproducibility.