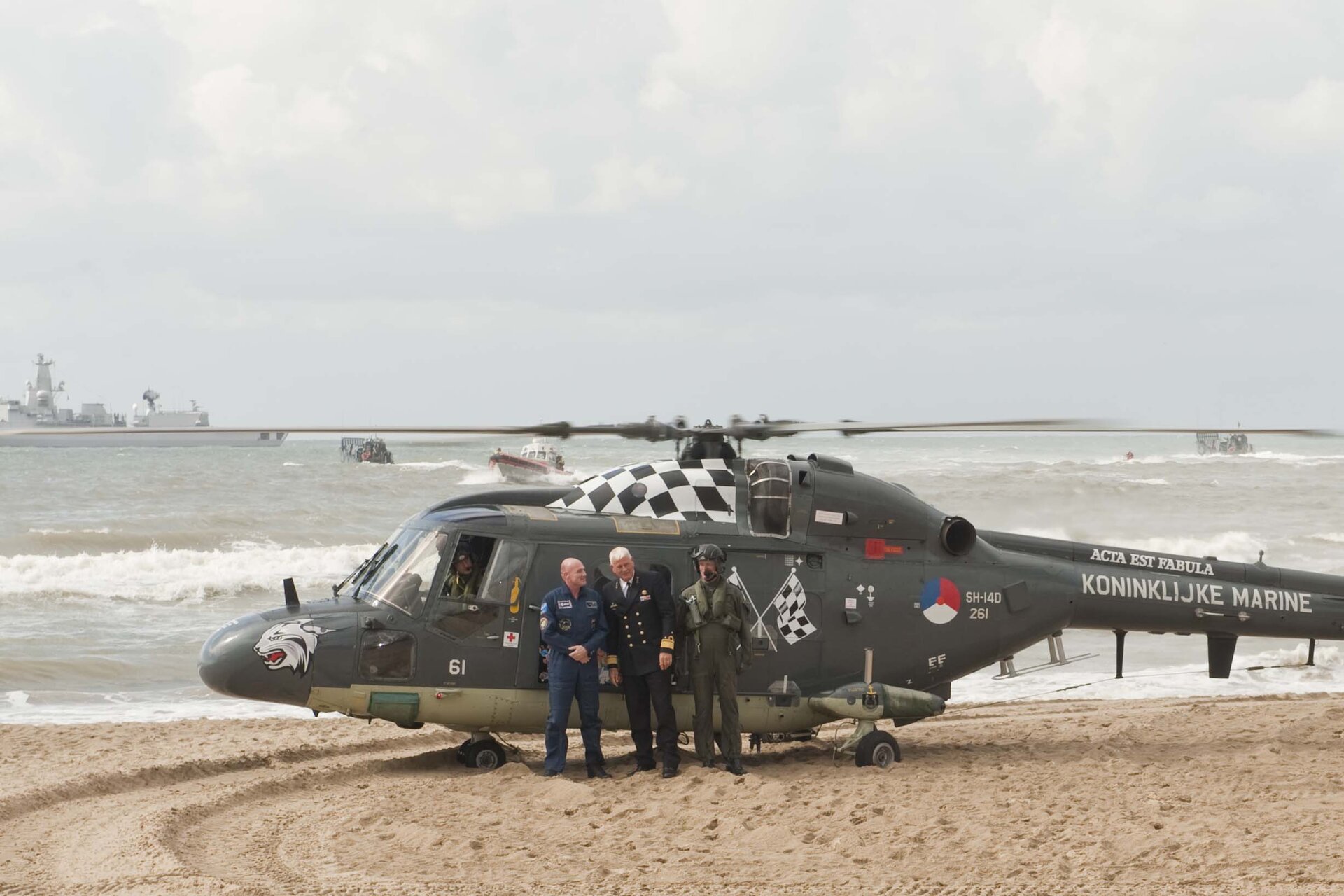 In July, ESA astronaut André Kuipers landed on Earth after a bumpy ride in a Soyuz capsule. Yesterday, he landed by helicopter on the beach near ESA’s technical centre in the Netherlands to loud applause from the large crowd gathered to welcome him home.

When André isn’t travelling the world for his training and scientific experiments or circling Earth on the International Space Station, he works from his office at ESTEC in Noordwijk, the Netherlands.

The town of Noordwijk organised a special day of events for the astronaut. A space market with stands for young and old offered activities such as building rockets and astronomy lessons.

Visitors could examine nanosatellites on display and see NightPod in action, the camera aid that André and Space Station astronauts use to take sharper images of Earth.

Symbol for space and science

André’s former employer, the Royal Dutch Airforce, helped by the Royal Marines, flew him to the beach in style from a frigate off the coast.

He was greeted by the Prince of Holland and Dutch Prime Minister Mark Rutte as well as ESA directors and the mayor of Noordwijk.

The Dutch Prince Willem-Alexander told André: “Thanks to your blogs, tweets and photos you took us with you on your journey of discovery. You showed that science can be amazing and how interesting life can be if you dare to take risks.”

André said that inspiring children is an important part of his job, he added: “I have become a symbol for space and science and all the thousands of people on Earth that work behind the scenes.”

Presenter Paulien Huizinga asked if André ever got scared: “No, I was very well prepared and trained by ESA and the other space agencies. We had a lot of support from ground control when we were in space.”

ESA Director General Jean-Jacques Dordain told the audience: “André is an exemplary ESA colleague, not only because of his job but also because he is always smiling.

“ESA’s strength comes from its employees and I invite you to visit ESTEC on its open day to meet more ESA colleagues.”

The ESTEC open day is on Sunday 7 October and registration opens 15 September.