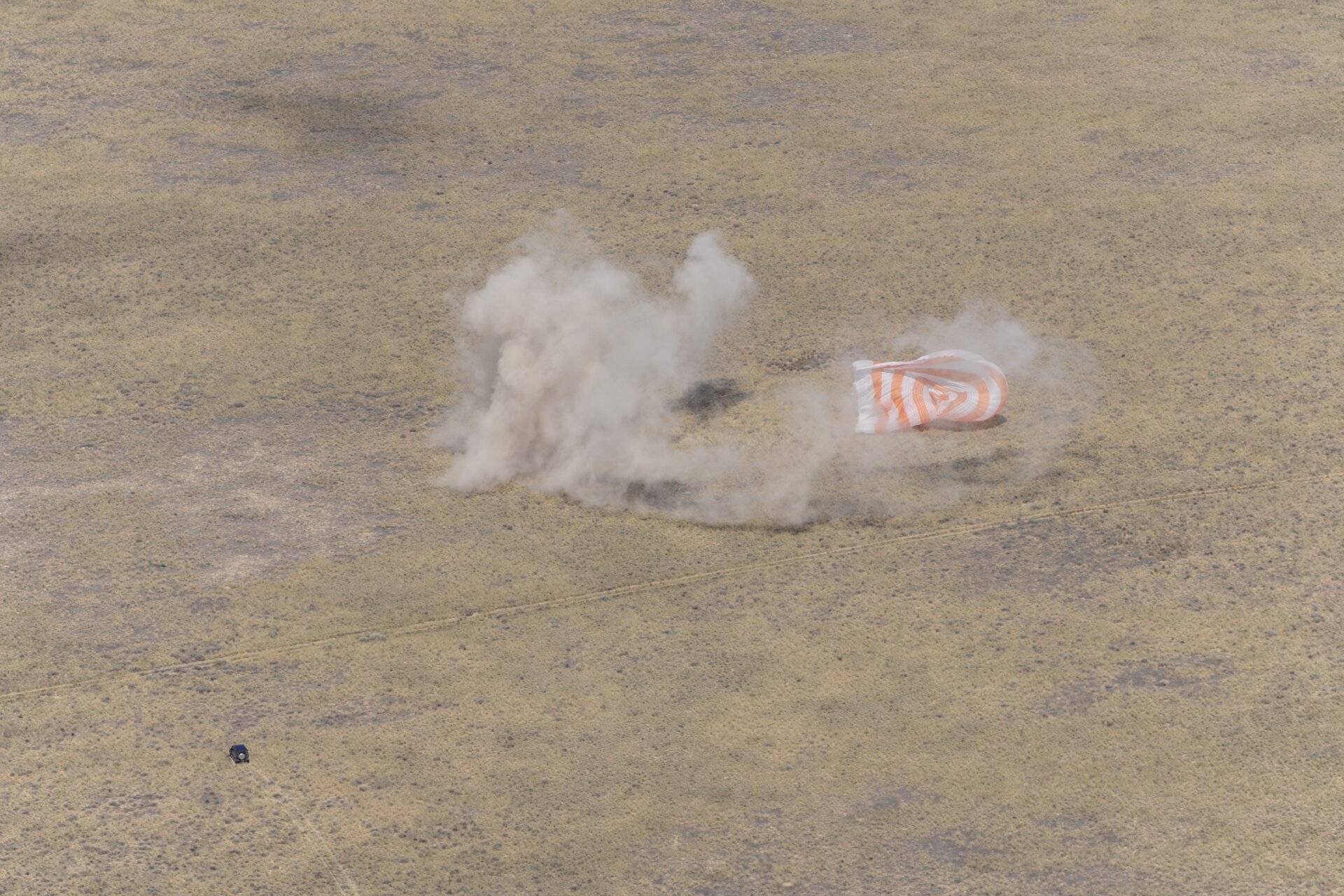 PR 19 2012 - ESA astronaut André Kuipers, together with his Russian Commander Oleg Kononenko and NASA astronaut Donald Pettit, has landed safely on the steppes of Kazakhstan at 08:14 GMT (10:14 CEST) in Soyuz TMA-03M.

During his six-month PromISSe mission on the International Space Station, André conducted over 50 scientific experiments in the world’s only permanent microgravity laboratory.

Now that the orbital outpost is fully assembled, astronauts on the Space Station can devote more time to research.

A medical doctor by training, André conducted biophysics experiments that could offer insights into fighting osteoporosis, migraines and immune cell death. He also performed experiments in other domains such as biology or looking at improving computer models of fluids. Some experiments might serve to prepare for further exploration of space.

André has been sharing the privilege of living in space with the world via social media. His photographs, blogs and tweets have been followed closely by millions worldwide bringing spaceflight closer for people on Earth.

The crew will now fly to Houston, Texas, where they will undergo medical checks before meeting the media on Friday 6 July at 13:00 GMT (15:00 CEST).

European media are welcome to follow the event and ask questions via a live video link at ESA’s ESTEC science centre in Noordwijk, the Netherlands. Media can address André in English, Dutch and German.

The next ESA astronaut to board the Space Station is Luca Parmitano of Italy, who will fly on Soyuz TMA-09M in 2013 as member of Expedition 36/37.

The European Space Agency is Europe’s gateway to space.

Today, it launches satellites for Earth observation, navigation, telecommunications and astronomy, sends probes to the far reaches of the Solar System, and cooperates in the human exploration of space.