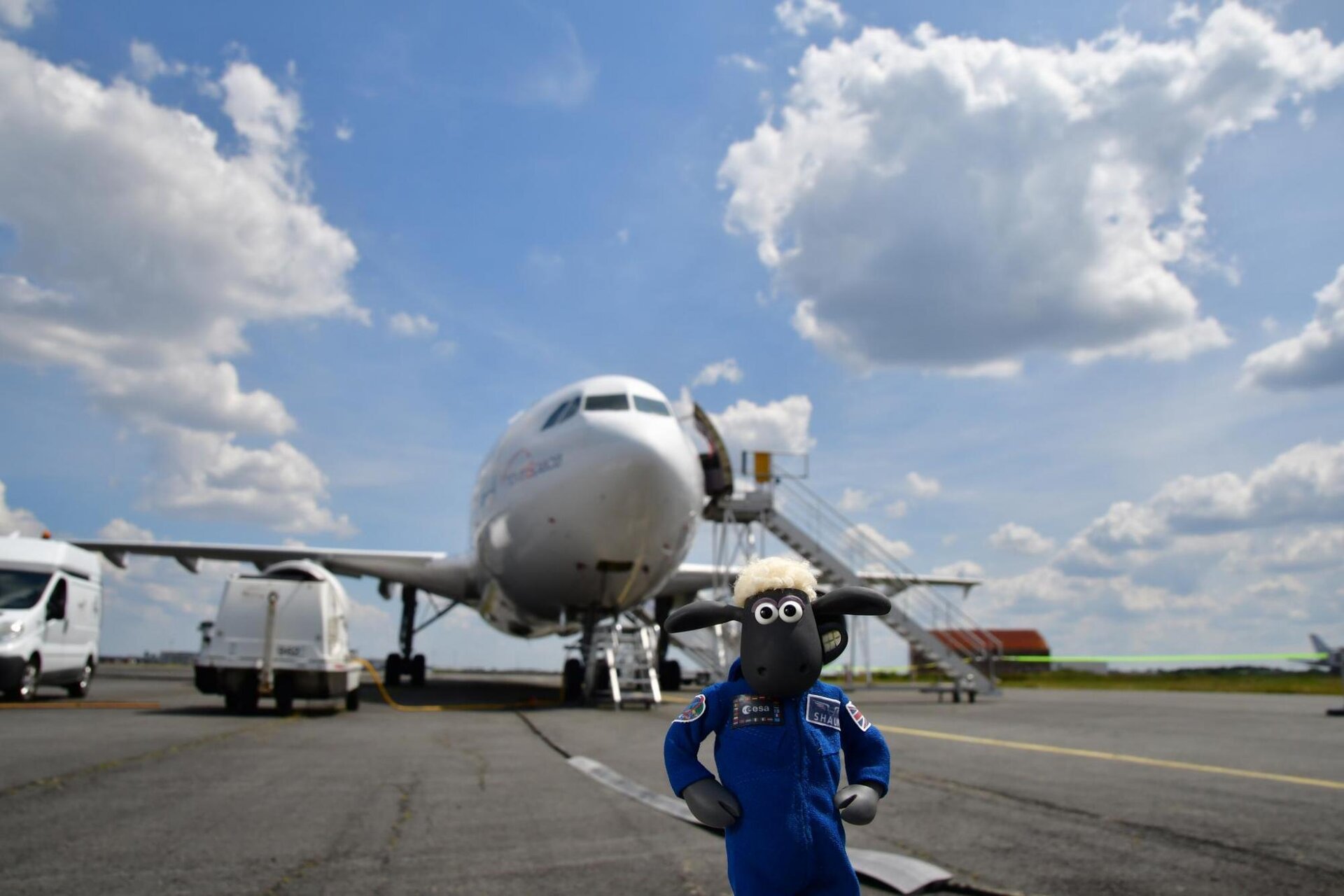 Children’s film character Shaun the Sheep has completed his microgravity training ahead of the launch of his second animated feature film Farmageddon – and just in time for the 50th anniversary of Neil Armstrong and Buzz Aldrin landing on the Moon.

Shaun flew recently under the supervision of an ESA team on the special Airbus ‘Zero G’ A310 aircraft during one of its parabolic flights that recreates the ‘weightless’ conditions similar to those experienced in space.

The flight was intended to prepare Shaun for his role as a space traveller in his new film. It offered him insight into the rigorous training that all astronauts have before their missions – most recently including Italian ESA Luca Parmitano, who is readying himself for a second mission on board the International Space Station, launching on 20 July.

ESA’s parabolic flight campaigns are carried out twice per year to allow for short-duration scientific and technological experiments in reduced gravity.

ESA Director General Jan Wörner said, “We are very happy to have helped Shaun in his big space adventure.”

Farmageddon is the second Shaun the Sheep movie and has a space theme leaning heavily on popular science fiction.  The plot features an alien called Lu-La who crash-lands near Shaun’s home at Mossy Bottom Farm. Shaun and the gang then help the alien to get home, through the application of science, engineering, luck and more luck.

ESA partnered with Aardman Studios and its distributor StudioCanal to prepare Shaun for his first space mission. The cooperation highlights the similar qualities of the world’s first ovine astronaut, such as acceptance of others, welcoming the unknown, curiosity and common sense, shared with his human counterparts.

Aardman worked with ESA during British ESA astronaut Tim Peake’s mission in 2015 (and their character Morph’s subsequent mission into space). Incidentally, the first Shaun the Sheep movie featured a soundtrack created by composer Ilan Eshkeri, who went on to collaborate with ESA on Tim’s SpaceRocks campaign and is now working on a space music experience, being premiered in Stockholm in August.

Farmageddon is due to be launched on 26 September in Germany, 16 October in France and 18 October in the UK.