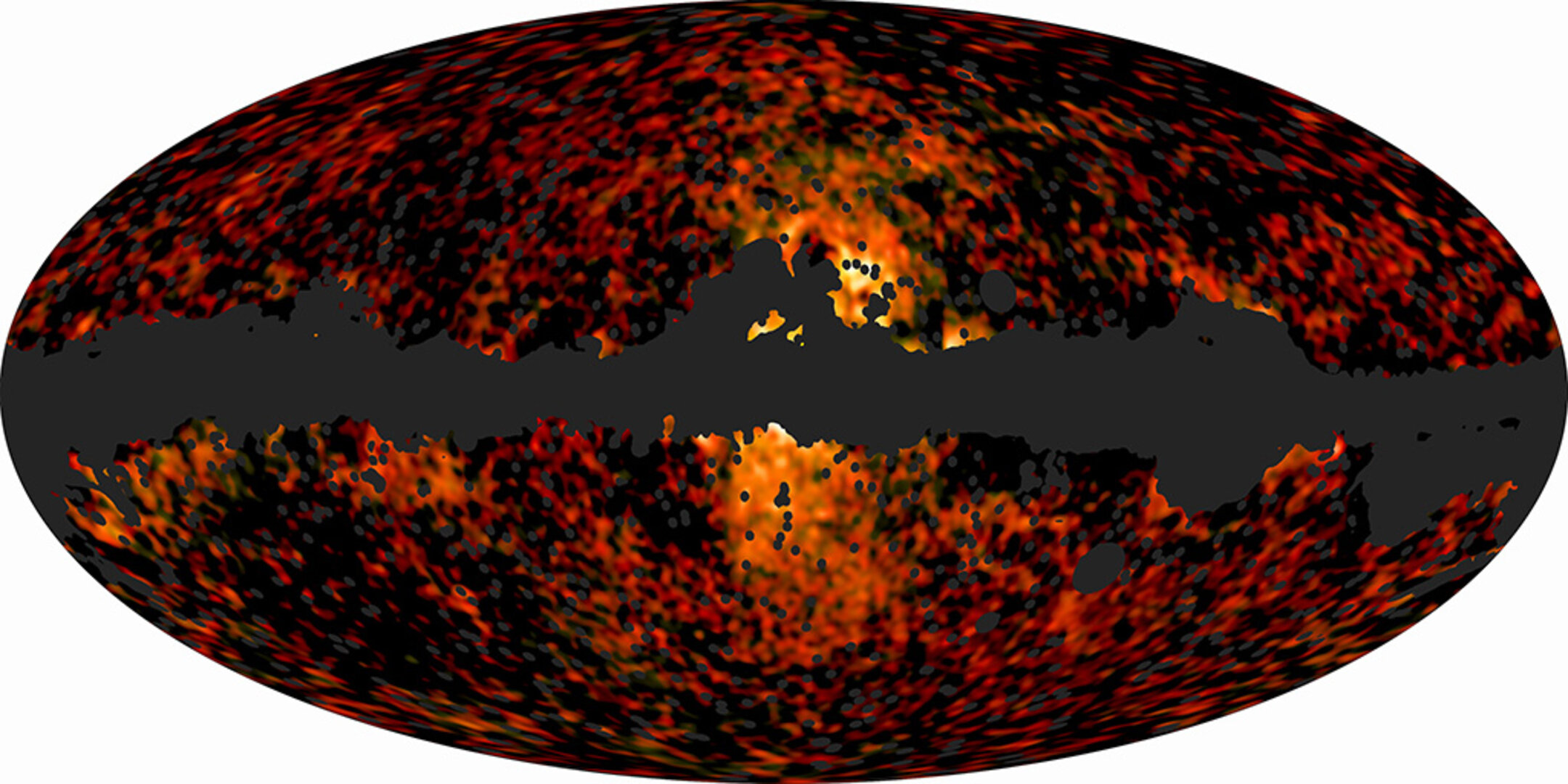 This all-sky image shows the spatial distribution over the whole sky of the Galactic Haze at 30 and 44 GHz, extracted from the Planck observations. In addition to this component, other foreground components such as synchrotron and free-free radiation, thermal dust, spinning dust, and extragalactic point sources contribute to the total emission detected by Planck at these frequencies. The prominent empty band across the plane of the Galaxy corresponds to the mask that has been used in the analysis of the data to exclude regions with strong foreground contamination due to the Galaxy's diffuse emission. The mask also includes strong point-like sources located over the whole sky.

Several explanations have been proposed for the unusual shape of the Haze’s spectrum, including enhanced supernova rates, galactic winds and even annihilation of dark-matter particles. Thus far, none of them have been confirmed and the issue remains open.