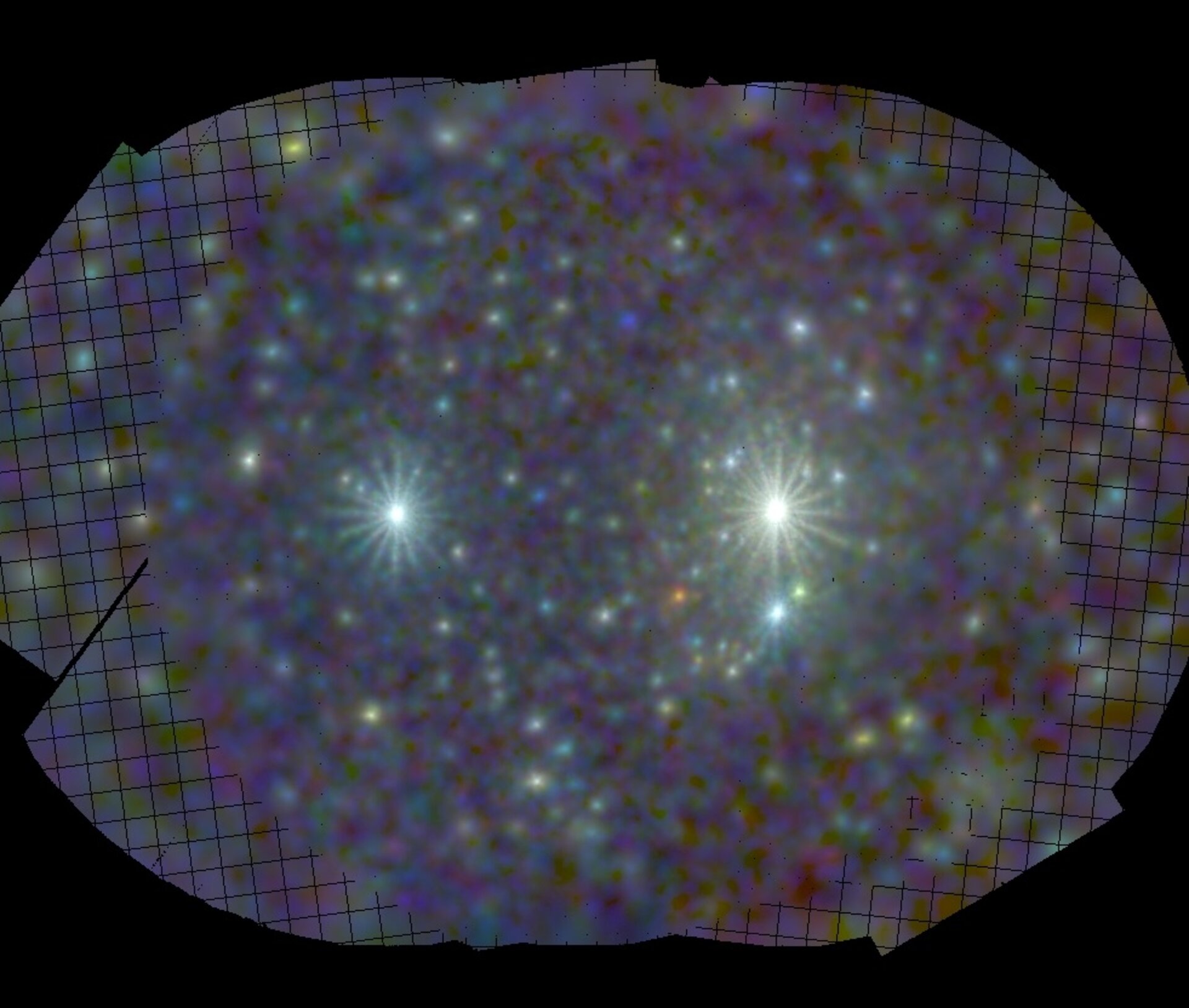 An important part of studying celestial objects is understanding and removing the background noise.

The image presented here was created to demonstrate the power of software tools used to analyse observations by ESA’s XMM-Newton of large objects like galaxies, clusters of galaxies, and supernova remnants.

The tool models and subtracts the background noise, which is very difficult for large, fuzzy objects like these, and to create exposure-corrected images. It also merges and smooths the observations taken of an individual object by XMM-Newton’s three X-ray cameras of the European Photon Imaging Camera instrument, and to allow the mosaicking of multiple observations.

It certainly does not look like it, but the star-like feature on the right corresponds to spiral galaxy M81. Similarly, the feature on the left arises from the Holmberg IX dwarf galaxy.

By examining images like these, along with complementary images taken at other wavelengths, scientists can get a quick look at the structure of the object and the spectral variations across the field. The structure of the bright patterns contains information about the origin of the emission, such as whether it comes from a ‘halo’ around the galaxy, or is confined to the disc and arms.

For example, this particular image shows that there is a bright point source at the centre of M81, resulting from the galaxy’s active core. There is also a decrease of brightness away from the central source, with fainter extended emission around it. Another galaxy might display brighter emission along its spiral arms.

Bright emission is also apparent from the X-ray source in the dwarf galaxy.

The ‘rays’ extending from the point sources are artefacts, seen whenever there is a very bright point source in the field of view. But even artefacts can be beautiful…