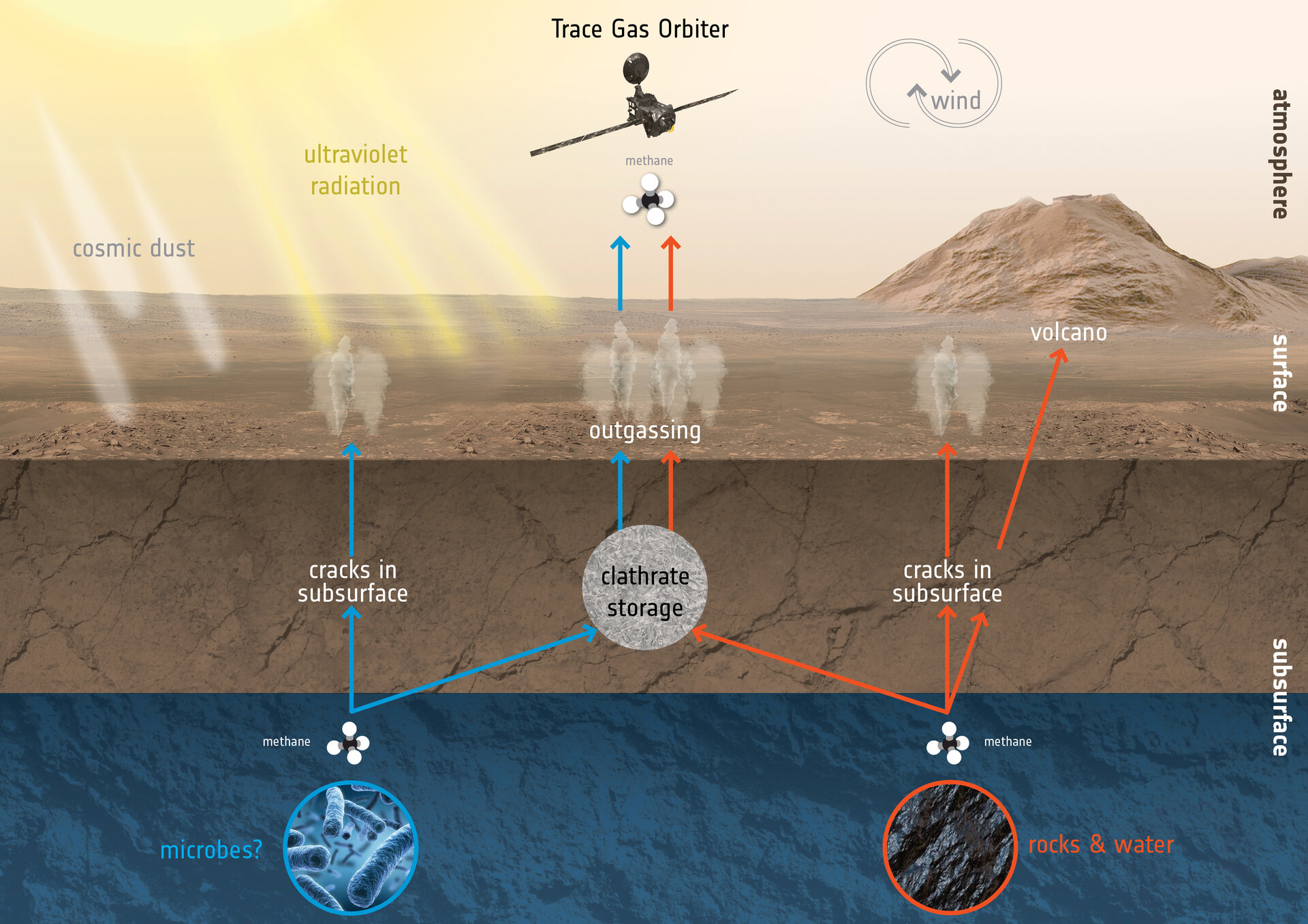 How to create and destroy methane on Mars

The ExoMars Trace Gas Orbiter is set to analyse the martian atmosphere, in particular trace gases like methane. Although making up a very small amount of the overall atmospheric inventory, methane in particular holds key clues to the planet’s current state of activity.

This graphic depicts some of the possible ways methane might be added or removed from the atmosphere. One exciting possibility is that methane is generated by microbes. If buried underground, this gas could be stored in lattice-structured ice formations known as clathrates, and released to the atmosphere at a much later time.

Methane can also be generated by reactions between water and olivine-rich rocks, perhaps in combination with warmer, volcanic environments. Again, this could be stored underground in icy cages, and outgassed through cracks in the surface – or through volcanoes.

Ultraviolet radiation can both break down the methane and generate it through reactions with other molecules or organic material already on the surface, such as comet dust falling onto Mars.

Methane can also be quickly distributed around the planet by strong winds, ‘diluting’ its signal and making it challenging to identify individual sources.

Methane on Mars is expected to have a rather short lifetime – around 400 years – so any detections imply it must have been produced or released relatively recently. The Trace Gas Orbiter will build up a picture over time of the methane distribution, to understand geographic and seasonal distributions, and eventually home in on areas where it might be originating.

The spacecraft has the capability to detect and analyse methane and other trace gases, even in low concentrations, with an improved accuracy of three orders of magnitude compared to previous measurements. Furthermore, it will be able to detect key ‘isotopologues’ of methane and water (isotopologues are molecules that have at least one atom with a different number of neutrons than the parent chemical species) to help distinguish between the different formation scenarios.