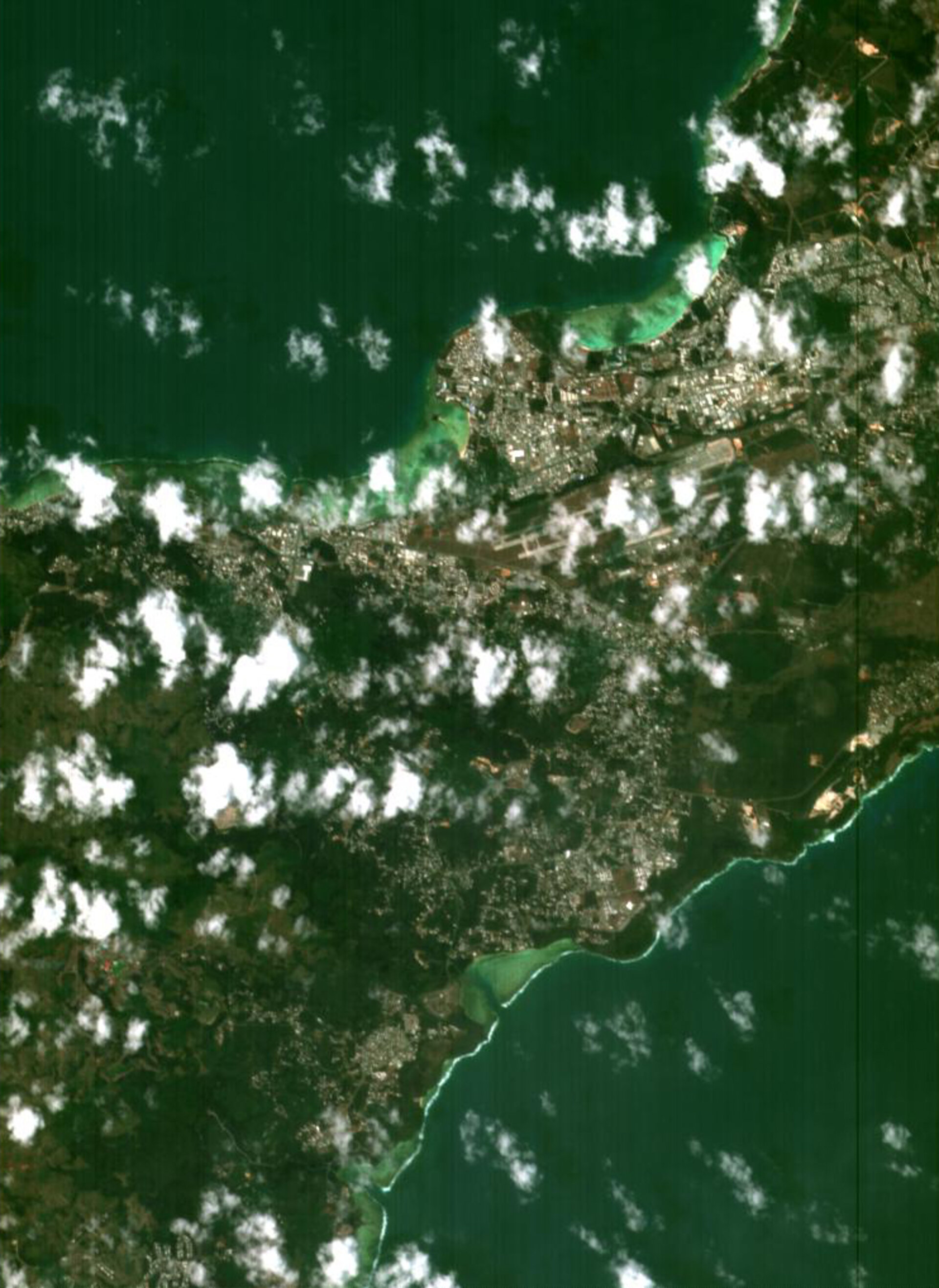 A cloud-specked view of the US territory of Guam in the western Pacific Ocean, as seen by ESA’s Proba-1 microsatellite, which is still observing Earth despite being launched 16 years ago.

Antonio B. Won Pat International Airport is visible just right of centre. To the north is the town of Tamuning and the bluish, coral-rich shores of Tumon Bay, with the capital Hagåtña to the west.

The cubic-metre Proba-1 was the first in ESA’s series of satellites aimed at flight-testing new space technologies. It was launched on 22 October 2001 but is still going strong as the Agency’s longest-serving Earth-observing mission.

Onboard innovations include what were then novel gallium-arsenide solar cells, the use of startrackers for gyroless attitude control, one of the first lithium-ion batteries – now the longest such item operating in orbit – and one of ESA’s first ERC32 microprocessors to run Proba-1’s agile computer.

Proba-1 led the way for the Sun-monitoring Proba-2 in 2009, the vegetation-tracking Proba-V in 2013 and the Proba-3 precise formation-flying mission planned for late 2020.