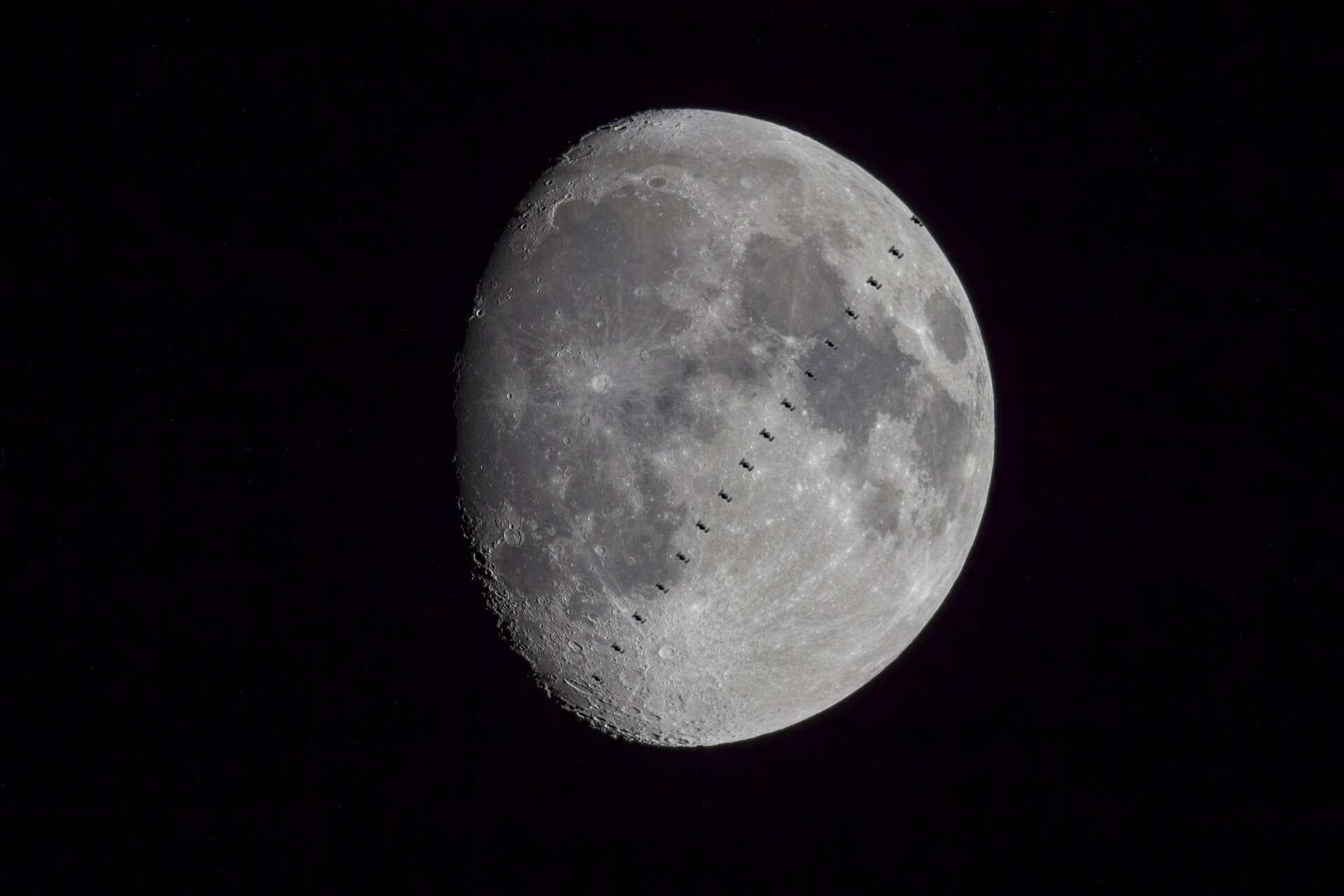 Amateur astrophotographer Javier Manteca captured the International Space Station as flew in front of the Moon on 5 February.

While most eyes were on the change of command ceremony taking place inside the Space Station ahead of ESA astronaut Luca Parmitano’s return to Earth, Javier set up his gear to track the Station from the small town of Campo Real in Madrid, Spain.

Using a camera attached to a 150/750 telescope recording at 25 frames per second, Javier captured the 690 millisecond transit on video and composed this image made from 17 stacked frames.

For Javier, this was a moment two years in the making. He posted the image to his Twitter and Instagram, where you can find more of his work.

Luca returned to Earth the day after this photo, on 6 February, ending a record-breaking 201 days in space for his Beyond mission.

Highlights of his mission include four complex sorties that earned him the European record for most cumulative hours spent on spacewalks, remotely operating a rover in the Netherlands from space, and being the first Italian European commander of the Station.

Another European milestone was met this week. The Orion spacecraft that will fly around the Moon on the Artemis-1 mission completed thermal-vacuum testing in the world’s largest vacuum chamber at NASA’s Plum Brook Station in Ohio, USA.

ESA’s contribution to the mission is the European Service Module that will power the vehicle as well as provide electricity, water, oxygen and nitrogen and keep the spacecraft at the right temperature and on course.

From 26 December until 9 February, the spacecraft was subjected to environmental temperatures varying from –175°C to 75°C to give it its first taste of space. Read more about it on the ESA Orion blog. The spacecraft will be reconfigured for electromagnetic testing, to begin at the end of the month.