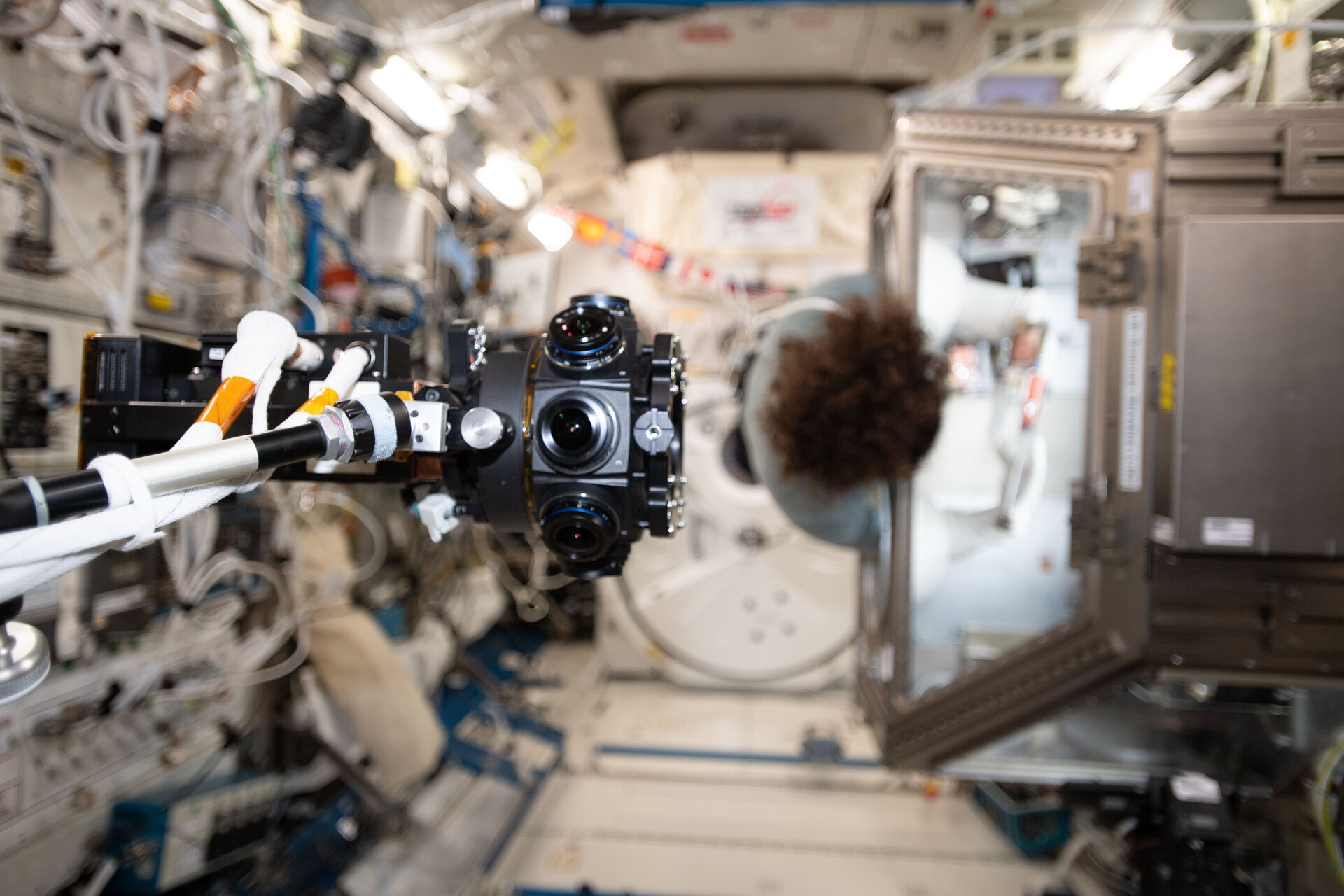 Not everyone can fly to the International Space Station, but astronauts are working hard to bring the experience to Earth – including through a virtual reality (VR) film project known as ISS Experience.

This Z-CAM V1 Pro Cinematic camera, shown to the left of NASA astronaut Jessica Meir, was launched to the Space Station in December 2018. It shoots high quality 360-degree footage, documenting life and research on the Space Station for people to experience in VR on Earth.

ISS Experience is a commercial project and technology demonstration, developed by a team at Felix and Paul Studios in partnership with TIME and the US ISS National Laboratory responsible for managing all non-NASA research on Station. Through the VR series, the team hope to transport audiences to space and make spectators feel like crew members on a mission.

On Station, the camera is used to film up to four hours of footage each week. Every one to two weeks, this footage is transferred from the camera onto solid state drives that are used for storage and downlinking.

ESA astronauts Luca Parmitano, Thomas Pesquet, Samantha Cristoforetti and Alexander Gerst discussed the project following Luca’s return from the Space Station, including the need to keep objects away from the lenses to ensure these did not take over the scene.

Initially scheduled to end with Luca’s increment, the project has now been extended. “That’s because this year and into next year, they’re going to have one version of ISS Experience that’s going to go EVA. They’re going to take one outside,” Luca says.

Before a VR camera is taken out on a spacewalk, there are some challenges to overcome. These include power source, as the current camera must be plugged in. However, if successful, it will provide unprecedented insight into the daily lives of astronauts in a way never experienced before.