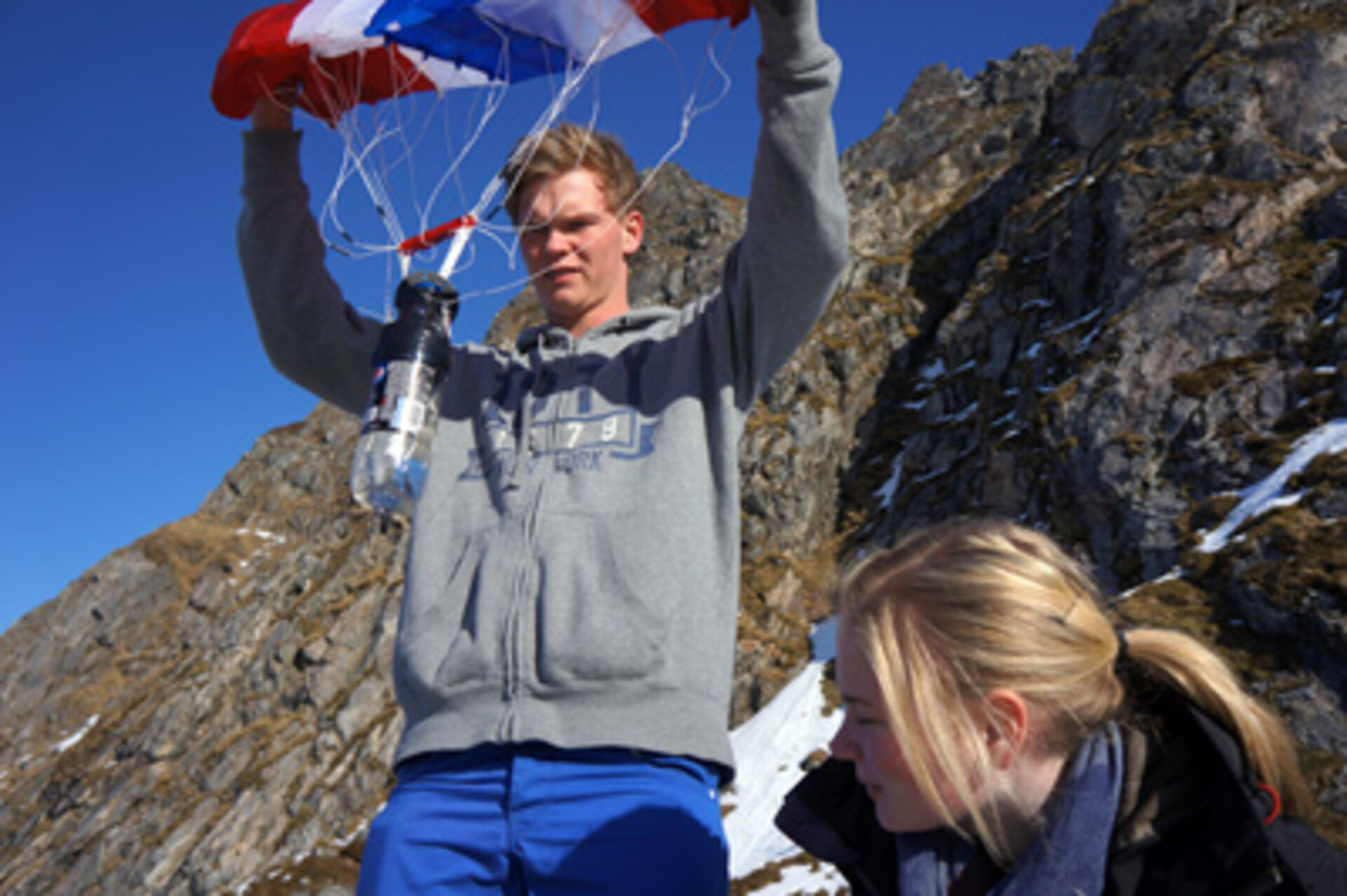 High school students from different ESA Member States have completed the second European CanSat Competition at the Andøya Rocket Range in Norway. 14 teams participated in the competition, which took place 23 to 26 April.

The tiny CanSats were designed to separate from their rocket and conduct their missions as they descended on parachutes to the ground for recovery by the teams.

After last minute preparations by staff from the Norwegian Centre for Space-related Education (NAROM), each pair of CanSats was carried to an altitude of about 1 km, during successive launches of seven small Intruder rockets on 24 April. Despite very strong winds, all of the CanSats were successfully recovered, with the exception of the Spanish one, which failed to communicate with the ground station.

The missions met with mixed success. During the first flight, the shock of the launch caused the Austrian CanSat to switch off, with the unfortunate result that no data were recorded, despite everything working perfectly prior to launch.

Although one of the moveable arms on the Norwegian parafoil broke, causing their CanSat to spin rapidly during descent, the team achieved some of their objectives by receiving GPS data and atmospheric pressure readings.

The second launch saw stable radio communication and data from all 3 sensors successfully received by the Romanian team, but no data were received from the Czech CanSat after its deployment.

During the third flight, weather conditions made it difficult to track the Italian and Irish CanSats, however each team received some telemetry before losing the signal. The Italian data were stored on the onboard memory card but their goal of a guided landing was not achieved. The Irish were able to identify several key flight events by analysing their data.

Both the Belgian and Dutch teams on the fourth launch received good telemetry from their CanSats. The Belgians also recorded imagery from their onboard camera, but the low outside temperature affected the accelerometer on the Dutch CanSat so that no useful data were received.

The UK team received good telemetry data, but were a little disappointed that their miniature rover deployed earlier than planned. The Danish team received telemetry during the flight, but the ground computer crashed so that all of their data were lost.

The Greek and Portuguese CanSats on the final flight sent back all expected telemetry but both experienced a problem with their onboard camera, leading to fewer images than they had hoped.

Once they analysed the results of their missions, the teams were judged by a board composed of technical experts from space agencies and industry.

“The standard of the projects was really high and the judges were very impressed by the professional attitude of the students,” said Helen Page, the ESA CanSat Project Coordinator. “They learned an enormous amount about space science, engineering and technology, as well as developing practical skills and experiencing the excitement of a launch campaign at a world-class rocket range.”

The first prize was awarded to the UK’s Alpha team from Bearsden Academy in Glasgow. In second place was the Icaromenippus 3D team from the 3rd General Lyceum of Mytilini, Strati Myrivili, Greece, with the Portuguese Azorean Shearwater team from EBS Santa Maria, Vila do Porto in the Azores in third place.

The judges also gave a special mention to the team from Austria, in recognition of the excellence of their project and their pre-launch preparation.

The 2012 European CanSat competition was organised by ESA’s Education Office in collaboration with the Norwegian Centre for Space-related Education (NAROM).